Phoenix Racing last started in the ADAC GT Masters in 2018 and clinched a win at the season opener in Oschersleben. In total, Phoenix drivers have been on top of the podium six times in the series.

“Phoenix Racing is an enormously successful racing team,” says 2019 ADAC GT Masters champion Niederhauser. “Of course we want to fight for victories and podium places together.”

18 year old Jusuf Owega meanwhile already has experience in GT racing. In 2019 he started in  ADAC GT4 Germany and scored four podium finishes. A year later he switched to GT3 cockpit and finished third in the Silver Cup in the GT World Challenge Europe Sprint Cup with WRT.

Vanthoor and Weerts Return For WRT

Dries Vanthoor and Charles Weerts will share a WRT Audi R8 LMS in the 2021 ADAC GT Masters Championship, the pair returning for a second consecutive season with the team, car and Series. 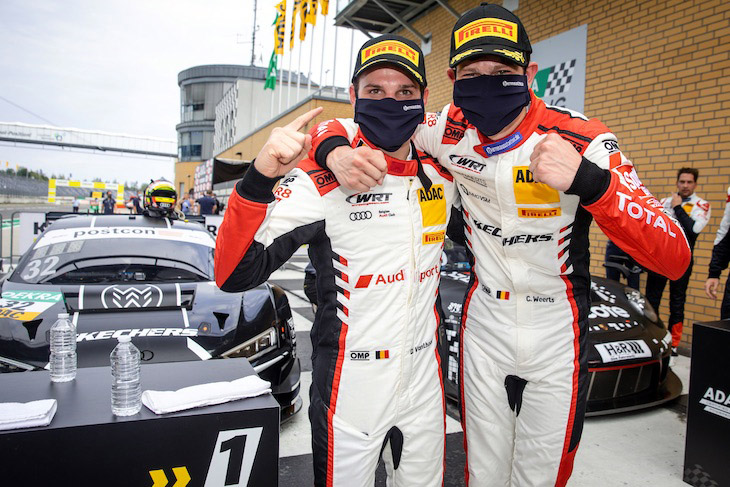 In 2020 they took the win from the pole at the season opener at the Lausitzring, WRT’s first race in the Championship!

“We are very excited and look forward to returning to the racetracks and racing,” says team principal Vincent Vosse. “The ADAC GT Masters is a very competitive and top-class series. It will be difficult to fight for the title, but we will do our best. In our debut season last year, we took a win and a couple of podiums and put in a strong performance. Now we are very motivated to be even more successful. Our goal is to fight for top positions and the championship again. ”

Dries Vanthoor has been competing in the ADAC GT Masters since 2018: “I’m happy to be driving in the ADAC GT Masters again,” said the Belgian. “I think it’s one of the best sprint championships right now. The whole field is so close together, it’s really fun. The fights on the track are also different than in other series. Last year we showed that we are very competitive – we got a win and a couple of podiums and that was a good start to our first season. Now in our sophomore year, Charles and I will try to do even better.”

Charles Weerts: “I’m looking forward to the season,” says the 20-year-old. “We learned a lot last year and my goal for this season is to do my best in every race to fight for wins and possibly the championship. Of course, it won’t be easy, but let’s see how it goes.”