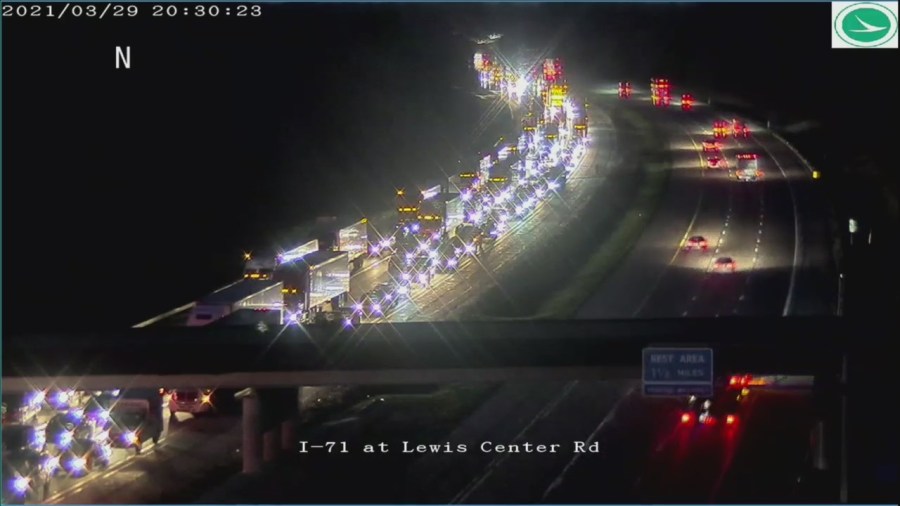 DELAWARE COUNTY, Ohio (WCMH)-- The Delaware Post of the Ohio State Highway Patrol released the names of the four family members who were killed in a crash on Interstate-71 Monday evening.

Four killed, one seriously injured in fiery I-71 crash

According to troopers, a Toyota RAV4 and a Freightliner Cascadia, driven by Ali Mohamud, 39, of Chelsea, Mass., were driving southbound on I-71 near Lewis Center Road around 8 p.m. Monday. Laylah Bordeau, 25, of Blacklick, Ohio, was driving a Nissan Titan northbound on I-71 and failed to maintain control.

Troopers say Bordeau drove off the left side of the roadway, crossed the median, struck a cable barrier and entered into the southbound lanes of I-71, hitting the Toyota RAV4 head on. The Toyota then hit the Freightliner Cascadia at an angle, overturned on its top and caught fire before coming to a rest on the roadway. The Nissan Titan also caught fire.

OSHP said all four people inside the Toyota RAV4 were pronounced dead on the scene. Bordeau was transported to Grant Hospital with life-threatening injuries. Mohamud was not injured.

Joy-Anna Duggar slammed as ‘clueless’ by fans for putting a necklace & bracelet on daughter Evy, 7 months

Who Wants to Watch Black Pain?

Is There a New ‘SNL’ Episode Airing This Week?