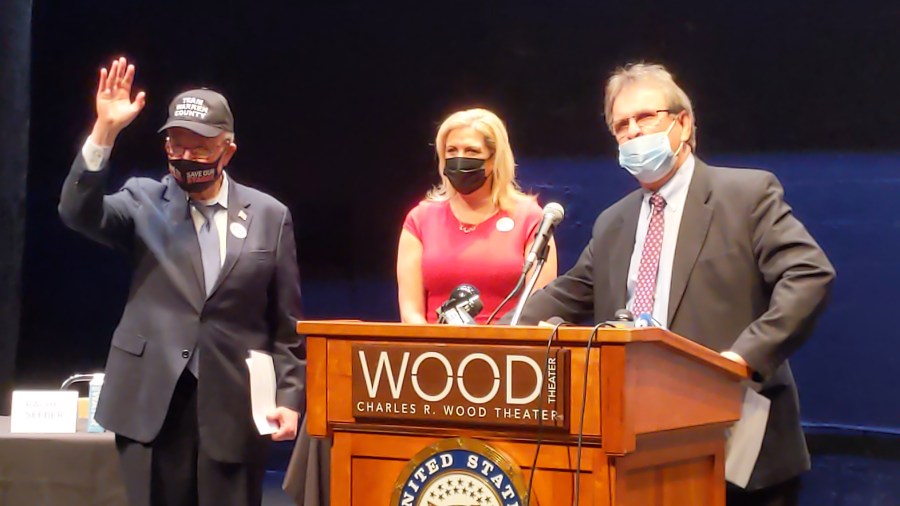 GLENS FALLS, N.Y. (NEWS10) - U.S. Senator Charles Schumer visited the city of Glens Falls on Friday. The visit, at the Charles R. Wood Theater on Glen Street, was the first time a mass gathering had been organized there since the COVID-19 pandemic started.

That fact was not lost on Schumer or the panel of others with him onstage. The focus of the conference was on the American Rescue Plan, which has already led to $1,400 stimulus checks arriving for many residents.

But on Friday, Schumer was looking towards what the plan still had in store.

Lake George arcades able to reopen at last this summer

"Help is on the way in a whole lot of ways," Schumer said.

One of those ways is in a new provision added to the Save Our Stages program, an initiative designed to get grants out to performing arts venues, independent theaters, and cultural institutions.

Previously, those spaces would have to choose between a Save Our Stages grant or a PPP loan, but that's not how things work anymore. Schumer said a newly-added fix to the program allows venues like the Wood Theater to apply for both, which they can do starting April 8.

That news comes as guidance from Gov. Cuomo's office goes into effect allowing medium-sized venues like the Wood to begin holding events again, allowing up to 33% capacity capping out at 100 attendees indoors or 200 outdoors, where applicable.

The theater recently brought back its staff to full-time, thanks to donations collected from their Fill Our Seats campaign, and management already has ideas for what to do now that they can have people come to enjoy a show again.

"We're thinking about doing movie musicals," said theater Executive Director Emily Murphy. "We wanted to do it when movie theaters opened, but didn't feel it was quite responsible."

The theater has also been helped out by a grant from the Alfred Solomon Trust.

Eyes on the impoverished

Another goal highlighted by Schumer on Friday aimed at an ambitious goal for children across New York: reducing child poverty rates by half, statewide.

In Glens Falls, the child poverty rate sits at 14 percent.

Schumer used the city as a starting point in talking about new expansions to the Child Tax Credit and Earned Income Tax Credit that would expand the credit amount per child from $2,000 to $3,000 annually.

It was estimated that families would get a total of $7.03 billion in relief from the change. Schumer said there's a hope that the tax credit will serve as a pilot for a more permanent form of aid for poor families.

Child tax credit for 2021: Who qualifies for monthly payments?

It's not just the lives of those families affected, but also the financial status of the region.

From there, it's up to those municipalities to figure out exactly where those monies should go.

"We felt it was better to let those localities to decide where it was needed the most," Schumer said.

The first half of that money will be released in the next six weeks.

"No one is going to have to wait more than 60 days," Schumer said.

Looking for early signs of problems like diabetes or heart disease? Check your feet