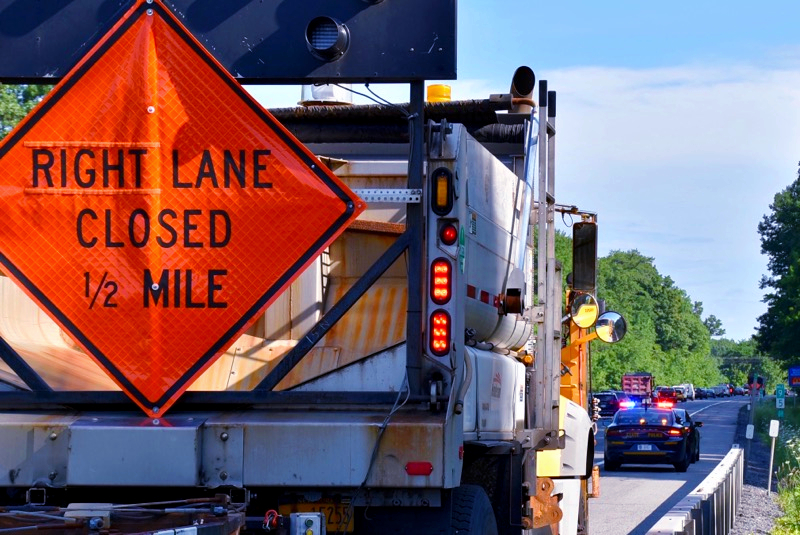 In both directions between the Twin Bridges and exit 10 from 3:30 a.m. to 1 p.m., drivers should expect rolling lane closures while crews perform pavement work. In case of inclement weather, the closures are likely to be rescheduled.

Drivers should move over when possible—or slow down significantly—when roadside vehicles display red, white, blue, amber. or green lights. Drivers should make way for maintenance and construction vehicles in work zones just as they would for police officers in the shoulder.

DOT also says that fines are doubled for speeding in a work zone, and two or more speeding convictions in a work zone could result in a suspended license.

Can you spot the camouflaged snake whose venom can kill a human in 45 mins?