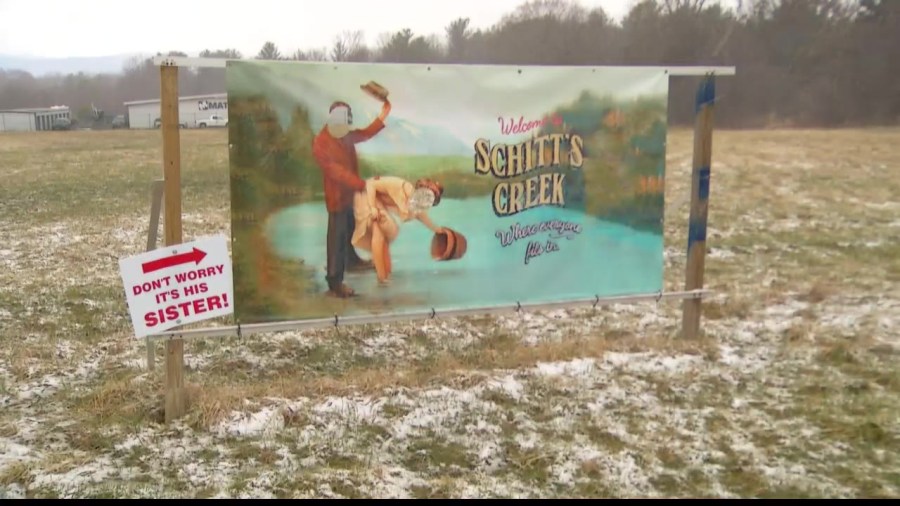 STOCKPORT, N.Y. (NEWS10) -- At least one person is saying, "ewwww," after a banner was put up in front of a local business in Stockport in Columbia County.

The co-owner of Matthew's Signs said the banner was originally made for a themed party for her friend earlier this year. The "Welcome to Schitt's Creek" sign is from the hit show Schitt's Creek, which won multiple Emmy awards during its six season run.

The sign company owner said she was just trying to have some fun during what has been a difficult year for everyone.

"I didn't mean to offend anybody, who ever this woman is, now that we think it is just one person, I would love to talk to her," Matthew's Signs co-owner Misty Brew-Kusewich said. "I kind of want to know what she though was incestual."

While the upstate community that most resembles the TV show is Sharon Springs in Schoharie County, the Stockport town supervisor said they're working with an attorney and the zoning board to see if they can have the sign removed.

Who are the victims of the Indianapolis FedEx shooting?

Prince Philip flag: What is the Royal Standard?