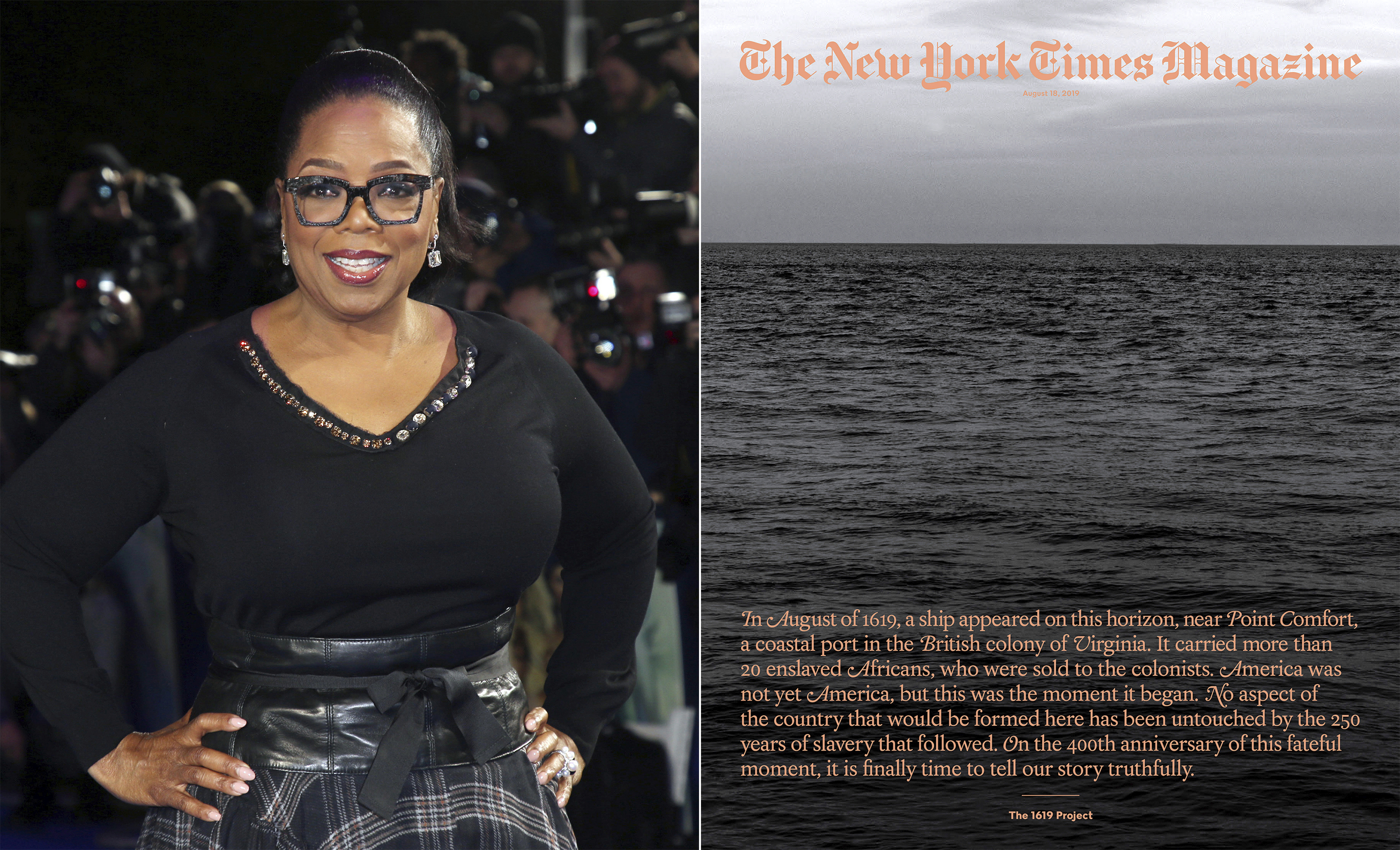 <p>In this combination photo, Oprah Winfrey poses for photographers at the premiere of the film “A Wrinkle In Time” in London on March 13, 2018, left, and cover art for a special issue of The New York Times Magazine’s “The 1619 Project. Hulu, Winfrey and Lionsgate are partnering with Pulitzer Prize-winning journalist Nikole Hannah-Jones to adapt The New York Times’ 1619 Project for film and television. Roger Ross Williams, an Academy Award-winning director for his film “Music by Prudence,” will oversee and produce the series, it was announced Thursday. </p>