Betting on baseball is different from betting on other sports. Unlike football and basketball, baseball is predominantly a moneyline sport, which means you just need to pick which team will win. Bettors also have many more games to choose from compared with other sports, usually with about 15 games per day and about 2,400 throughout the season.

If you’re new to betting baseball or looking for a refresher, here are 10 easy tips to help you turn a profit and avoid some common mistakes.

1. Avoid big favorites
The public loves taking favorites. After all, they’re the better team and expected to win. However, books know this bias and shade lines toward popular teams, forcing bettors to lay hefty, overpriced numbers. If you’re constantly laying -200, -250 or -300, you’re assuming big risk with little reward. If you like big favorites, you might be better off taking them on the spread, also known as the run line. For example, instead of betting a favorite -300 on the moneyline, you could bet the team to win by two or more runs on the run line at -1.5 (-140).

2. Lean on divisional underdogs
To break even betting on spread and Over/Under sports like football and basketball, you need to win 52.38 percent of your plays assuming standard -110 juice. One advantage in baseball is that if you avoid big favorites and focus on underdogs, you can win at a sub-50 percent clip and still turn a profit based on the plus-money payouts (think +110, +130 or +175). However, this doesn’t mean you should bet every dog. The key is focusing on divisional dogs. They perform much better than underdogs playing out of their divisions. This is due to the built-in familiarity. Teams in the same division play each other 19 times per season and know what to expect in terms of an opponent’s scouting report, managerial tendencies and even the stadium. This helps level the playing field and benefits the dog.

3. Target dogs with high totals, favorites with low totals and first fives
When betting on dogs and favorites, pay attention to the corresponding total for the game. If you’re betting on a dog, you want the game to have a high total of nine or higher. Why? Because when more runs are expected to be scored, it leads to more variance and more upset opportunities, which benefits the dog. On the flip side, low totals of eight or less are better for favorites because the fewer expected runs scored makes it more likely that they will come from the better team. Also, baseball has its own version of first-half bets called “first fives,” or F5. Maybe you really like a starting pitching matchup but are worried the bullpen could blow it. You could bet a team on the F5 line instead of the full game. Or maybe you like the F5 Under instead of the full-game Under. Always know the options that exist.

4. Monitor line movement
The way a line moves can tell you a lot about where the public is and where the sharp money is going. The goal is to bet against the ‘Average Joes’ who bet based on gut instinct and bias, place yourself on the side of the house (which always wins) and, most importantly, be on the same side as the wise guys who have the respect of the books and win more than they lose. Track how a line moves from open to close. If a line is moving toward a team, that’s a good sign that respected money is in its favor. Reverse line movement is a great indicator of sharp action. This is when the betting line moves away from the popular side and toward the unpopular side. Steam is also important. This is typically when you see a line move 20 cents or more in one direction. Also, look out for late moves that happen right before first pitch. That’s when limits are highest and big moves come in.

5. Check the weather
Weather often gets overlooked, but it shouldn’t — especially when betting totals. Always check wind direction, wind speed, temperature and humidity. If the wind is blowing out, that helps an Over because it could turn a warning-track fly ball into a first-row home run. On the flip side, wind blowing in benefits Unders. Wind really makes a difference only once it’s 10 mph or more. Wrigley Field in Chicago is notorious for wind. If it’s howling in or out, that can have a huge effect on the total. Also, hot temperatures and humidity help Overs because the air is less dense and the ball travels farther. Keep track of juice movement with totals, too. It will tell you where liability exists and where the next move might go. If a total opens at 8.5 (-110) and moves to 8.5 Under -115, that indicates action on the Under and a possible fall to eight. It’s common to see a total rise or fall a half-run during the day. Try to read the juice and anticipate the next move. Maybe a total opens at 8.5 and you see the Over juice move from -110 to -115 to -120. Before it moves to nine, you jump on the Over 8.5. The final score lands on nine, which means you won your Over while late bettors taking Over 9 pushed. 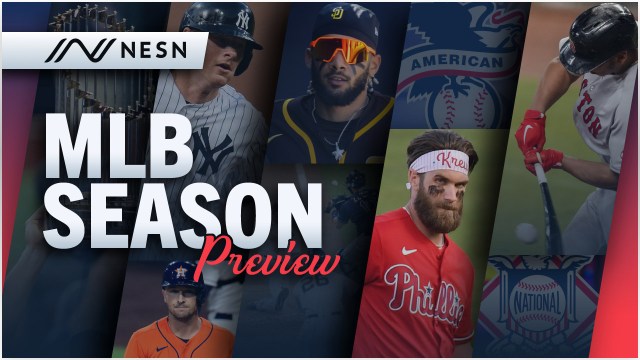 6. Track lineups, starting pitchers, umpires and roofs
Lineups change every day. If you’re putting down your hard-earned money on a game, you need to know who’s in and who’s out. The best way to stay plugged in is by creating a Twitter account and following MLB teams and resources. Wait for lineups to come out, typically in the early afternoon, before betting on a game. Make sure no star players are sitting. Also, keep an eye out for starting pitchers being scratched. To avoid the headache of a starting pitcher being scratched, bettors should place wagers with a “listed pitcher” designation instead of “action.” Lastly, know who the plate umpire is that day. Do some research on their tendencies. Some have bigger strike zones, which benefit Unders. Others might favor home or road teams. Also, be aware of domes and closed-roof stadiums. If the roof is closed, it benefits the Under because the ball doesn’t travel as well and the conditions are perfect for the pitcher. Any little edge helps.

7. Don’t be a victim of gambler’s fallacy
Baseball can be a very streaky sport. It’s not uncommon to see teams win or lose 10 games in a row. One of the biggest mistakes a new bettor can make is assuming a team is due. For example, if a bad team wins a game, the public will automatically fade it the next day, thinking it got lucky and is bound to get back to its losing ways. On the flip side, if a good team loses, a recreational bettor will often bet on it to win the next game, thinking it can’t possibly lose again. However, even bad teams can put together winning streaks, just as good teams can lose a few in a row. Let’s say the mighty Los Angeles Dodgers have dropped the first two games of a three-game set against the San Diego Padres. The public would normally hammer the Dodgers in Game 3, thinking they couldn’t possibly get swept. But guess what? They can. The moral of the story: Take each game individually and don’t bet based on what you think is supposed to happen. Let the line movement tell you where the smart money is going.

8. Shop for the best line
Sports betting legalization is spreading, and bettors in legal states can choose from dozens of sportsbooks. One mistake new bettors make is betting only through one book. This is a bad idea because you’re forced to take whatever number that book is offering. Instead, make sure you have access to multiple “outs” so you can shop for the best number. It also helps to have a live odds page. Let’s say you want to bet on the Mets as a short home favorite. New York might be -125 at one book but -120 at another. Or maybe you like the Red Sox as a dog, and one book has Boston +110 and another +115. Always look to minimize your risk and maximize your reward. Saving five cents might not seem like a big deal, but if you extrapolate it over a full season, it can make a big difference.

9. Manage your bankroll and avoid parlays
Baseball is a volume-heavy sport. So many games every day can be a gift and a curse. On the one hand, you have countless opportunities to maximize your edge. However, it can also be a slippery slope if you end up betting too many games. One way to withstand the ups and downs is through a disciplined, consistent bankroll-management approach called flat betting. This means always risking one unit, regardless of your confidence level, and betting 1% to 5% of your bankroll per play. A good medium is 3%. This will save you from going broke when you’re struggling but also set you up for a positive return on investment when you’re doing well. Also, everyone wants to get rich quickly. Unfortunately, it’s just not realistic. Sports betting is a grind with no shortcut. Many bettors fall into the trap of betting parlays because they want to turn a small amount into a big amount. Parlays are appealing, but they’re dangerous. They provide a huge edge to the house, which is why they are considered the penny slot of betting. There’s nothing wrong with the occasional parlay. But if you’re making it your most common bet type, you’re playing right into the sportsbooks’ hands.

10. Track all your bets
This goes for all sports, but especially baseball. Whether you use a notepad, an Excel sheet or an app, track every bet you make. By documenting your plays, you’ll learn a lot about who you are as a bettor. Your eyes will be opened to strengths and weaknesses you never knew you had. Maybe you realize you’re betting too many games per night. Or you’re doing great betting moderate dogs and getting crushed on big favorites. Or you’re winning big with Unders but losing a lot of your Overs. By keeping a running record of your plays, you can better track your performance and use it to your advantage.

For much more betting information and analysis, visit VSiN.com