Brandon Dubinsky wants you to know where he stands on the Sidney Crosby versus Alex Ovechkin debate. The 34-year-old member of the Columbus Blue Jackets — who has essentially played his final game in the NHL in 2019 due to a chronic wrist injury — officially reignited the age-old debate between the two NHL stars after some harsh words about Crosby on a podcast this week.

In speaking to the The Garage Beers Podcast on Thursday, Dubinsky made it crystal clear who he prefers between Crosby and Ovechkin.

Brandon Dubinsky would never ask Crosby for an autographed stick.

Dubinsky then followed up his comments with a small anecdote.

“Listen, I asked Ovi for an autographed stick. I got it from him, thanked him for it. I would never ask Sid for a stick, ever.”

The forward then doubled down on Twitter on Friday, stating that even though Crosby is better than him, the Pittsburgh Penguins captain “just whined way too much and Ovi just shut up and played hard.”

Listen. Crosby is better then me I never said he wasn’t. He’s obviously one of the best ever. It was @ovi8 vs Sid. None of you played in the NHL and know how hard it is to score goals in the NHL. 724 is insane. Sid just whined way too much and Ovi just shut up and played hard. pic.twitter.com/rI2aSriYvY

It’s no surprise Dubinsky has such animosity towards Crosby, considering their in-game history with one another. Dubinsky and Crosby, over the course of their careers, have butted heads multiple times, from locker room exchanges to a rare fight from the usually stoic Penguins captain.

The tension between the two came to a head when Dubinsky earned himself a one-game suspension in 2015 for cross-checking Crosby in the neck.

The Ovechkin vs. Crosby debate has seen much less airtime over the years, especially after the Washington Capitals won its first Stanley Cup in 2018. Both Crosby and Ovechkin are elite caliber hockey players, with Crosby winning three Stanley Cups, two Hart trophies for league MVP, two Art Ross trophies for being the league leader in points, among countless other awards. Ovechkin, on the other hand, has just one Stanley Cup ring, but has three Hart trophies, one Art Ross Trophy, and won the Calder Trophy for rookie of the year in 2006.

Ovechkin also sits at No. 6 in NHL history in goals scored with 724 over his 16-year career, while Crosby is just six points behind his Capitals counterpart in 164 fewer regular season games played.

It’s been clear for some time that Crosby and Ovechkin are hard to compare to one another due to the differences in their roles and play styles. At this point in their respective careers, it’s fair to say that Crosby is one of the best, most decorated overall players in NHL, while Ovechkin is one of the top pure goal scorers in league history.

Still, the debate makes for some fun chatter online, and it’s clear Dubinsky has maintained his line in the sand for where he stands on the topic.

Thank you all for making my hour drive so much fun!

All in a day’s work. 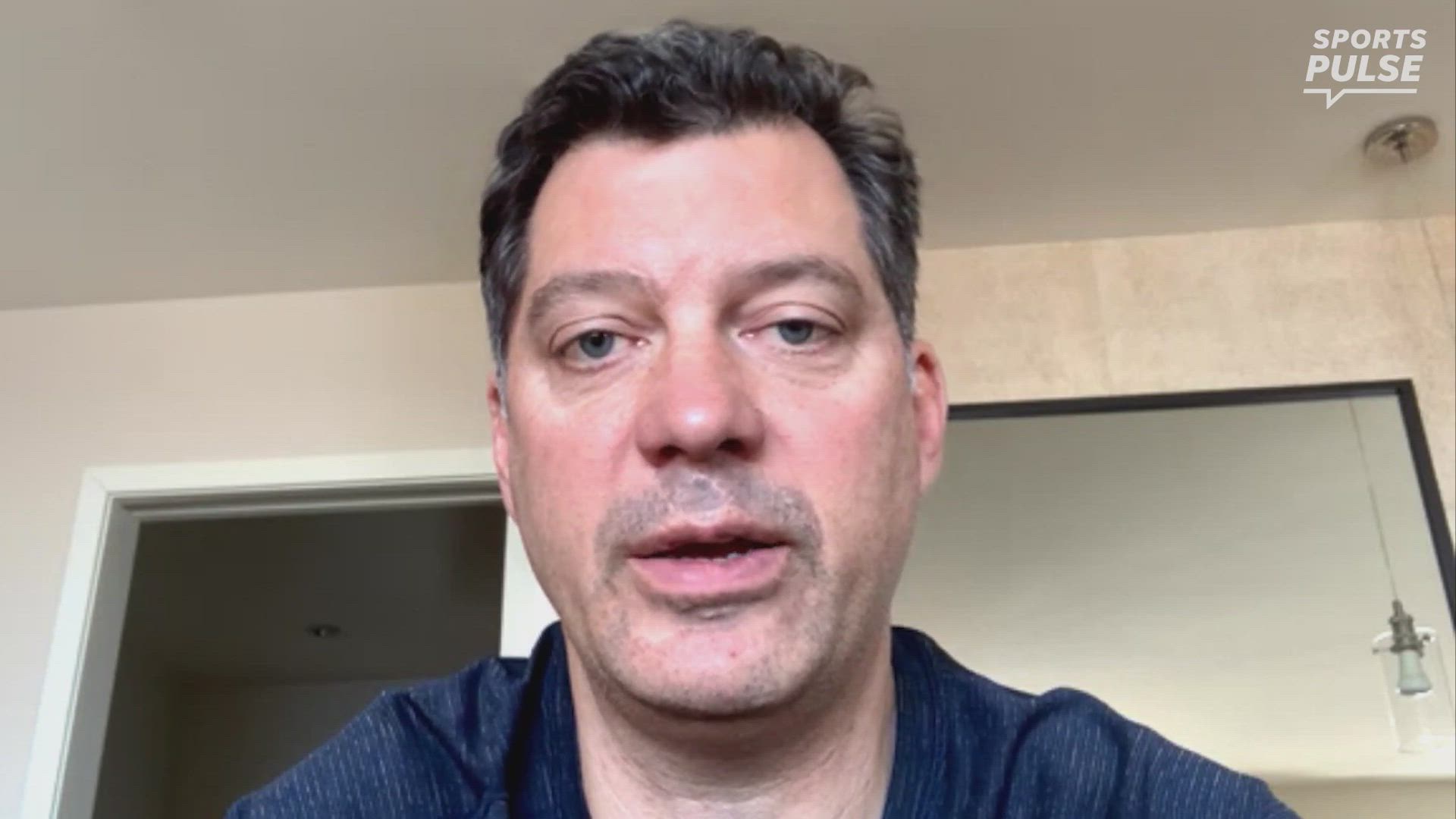 I get turned on when he smells nice ― Omosuwa Bukola