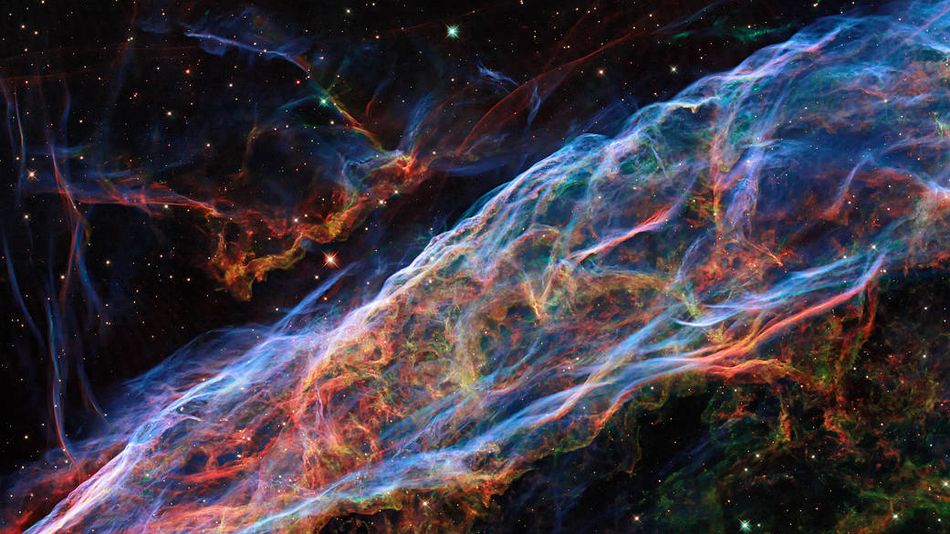 About 2,000 light years from Earth are the brilliant remnants of the explosive death of a star, called a supernova. And NASA just released an incredibly detailed look at it.

The Veil Nebula is a colorful, almost psychedelic span of plasma dispersed into space after a star roughly 20 times the size of our own sun exploded about 10,000 years ago. Only a small portion of the nebula is visible in the Hubble Space Telescope image shared Friday. Zoom in on the photo on the NASA site for a closer look.

The new image is an updated look at the same patch of the nebula that was captured in 2015. This time, post-processing allowed for a sharper image and better defined colors. The blues emit from double ionized oxygen gas and the reds are ionized nitrogen gas. Read more...

'Jeopardy!' has missed the mark with guest hosts so far