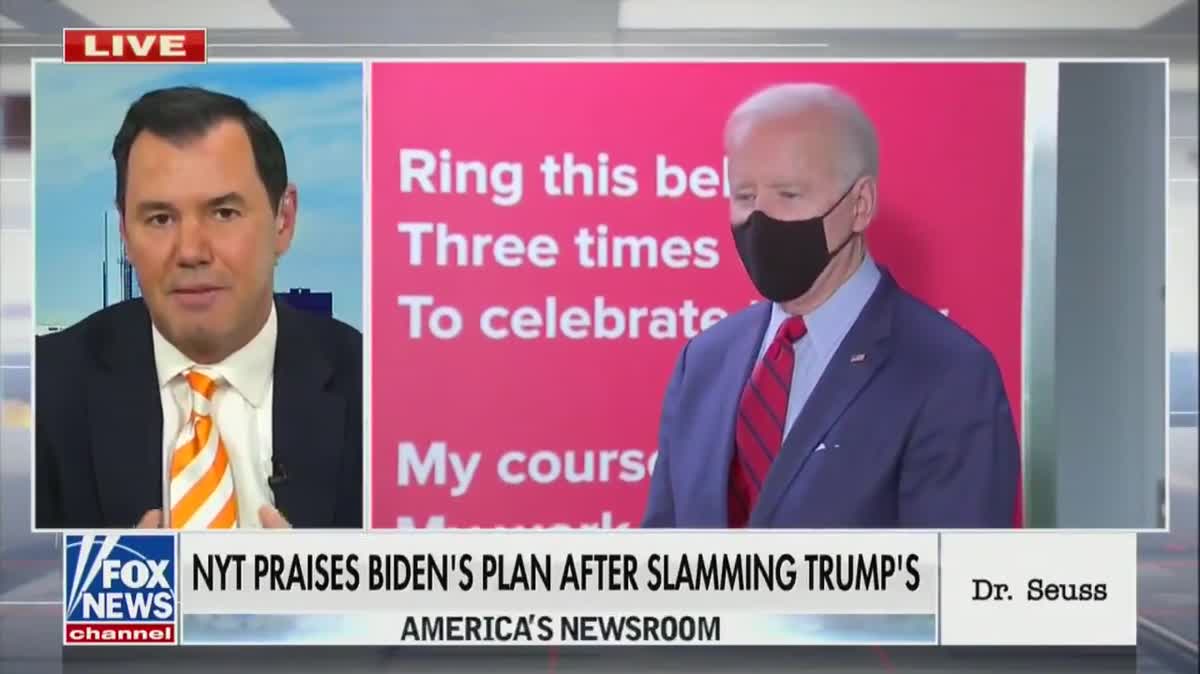 Fox News' and The Hill's Joe Concha was furious that the New York Times seemed to approve of President Biden's jobs plan, but were critical of Trump's plan back in 2018, but that's not the half of it.

A plan that never materialized into anything at all.

By the way, it doesn't matter what both plans contained, it's just the fact that they decided to pan TraitorTrump's.

That proved there's a double standard in the media to Concha, which of course is ridiculous.

The president’s plan recasts the federal government as a minority stakeholder in the nation’s new infrastructure projects. Half of the $200 billion promised over 10 years will be used for incentives to spur even greater contributions from states, localities and the private sector.

Summing it up, wealthy private investors would have more weight to decide what gets built and what doesn't in TraitorTrump's plan.

‘I'd wait until I knew the law before making others stick to it’: Brits tear into report that police were confused by Covid laws