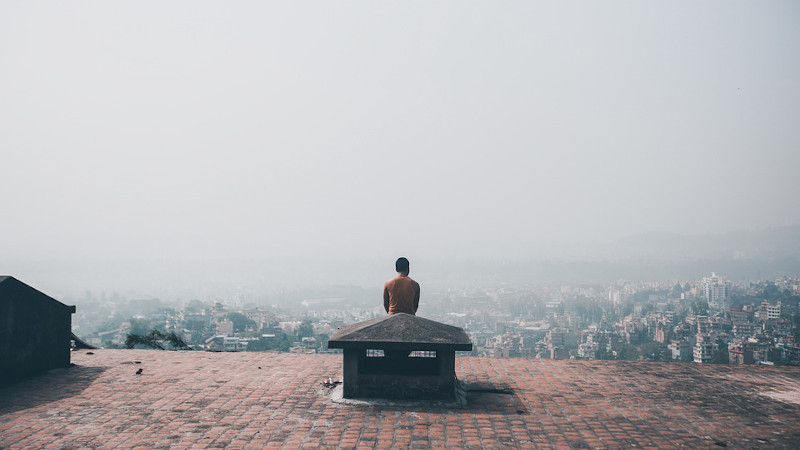 If there is one thing that Kathmandu’s poor air quality has shown us is that a place could gain the tag of ‘the most polluted’ city even though the country’s carbon emissions are very low in comparison to the developed countries of the world.

Air pollution is the presence of air pollutant that is detrimental to human health and the planet as a whole. Air pollutant could often transcend national frontiers and cause adverse impact on neighbouring countries too. That’s why pollution that adversely affects the areas in one country could cause damage in another country by crossing borders through pathways like water or air. This is termed as trans-frontier or transboundary pollution. It is to be noted that pollution can be transported across hundreds and even thousands of kilometres.

Nepal - a victim of transboundary pollution

According to available data, Nepal’s global share of fossil Carbon Dioxide (Co2) stands at 0.02 percent, while the Himalayan republic’s neighbouring countries like China is the largest emitter of Carbon Dioxide gas (almost 30 percent of the world's total CO2 emissions in 2019) and India stands as the third-largest emitter (it produced about 2.65 billion metric tons of CO2 in 2018). These data show that Nepal could have become the victim of the pollution that originally generated in neighbouring countries.

In 1971, the world community through the meeting of the General Agreement on Traffic and Trade (GATT) had agreed upon formulating strategies for striking a balance between economic growth and ecological sustainability. The GAAT, unanimously, suggested the signatory states should mandatorily promote environmentally sound technologies. But, the developed countries have failed to abide by this obligation as they are not able to establish harmony between development and the environment.

Nepal has all the right to claim compensation from its two neighbouring countries – China and India - two of the world’s biggest polluters - which is causing pollution or whose irresponsible disposal of pollutants in the form of air or water has caused immense harm to Nepal’s ecology and environment.

Importantly, Principle 14 of the Rio Declaration, 1992 states that the states are obliged to discourage or prevent the relocation and transfer to the other states of any activities and substances that cause adverse effects on the natural environment. Similarly, Principle 16 of the Convention talks about the Polluter Pays Principle, which enables the state to charge the cost of ratifying environmental damage from the relevant polluter. Thus, according to the Principle, the responsibility to repair the environmental damage is that of the polluter.

As Nepal is one of the least developed countries and lags behind in term of industrial development, it cannot be blamed for contributing much to the emission of fossil Carbon Dioxide. The Rio Declaration under Principle 19 also obligates the states to provide prior and timely notification and relevant information to potentially affected States on activities that may have a significant adverse transboundary environmental effect and shall consult those States at an early stage and in good faith. However, this provision, like many other international obligations, also remain on paper as the countries, which have considerable share in carbon emissions, are yet to inform their neighbours about any of their activities that could contribute to transboundary pollution. Moreover, the 1972 Stockholm Declaration under Principle 6 envisages that the release of toxic substances should be halted.

Nepal, with a population of 30 million people, also cannot leave its role of reducing air pollution. Keith Hawkins, an environmentalist, argues that pollution is an administrative creation. It is high time to think - does Nepal have a robust mechanism to keep a check on hospitals, factories, or other industrial establishments that are emitting solid wastes, gases, or pollutants? Of course, Nepal doesn’t have that.

Nepal’s major cities like Kathmandu, Janakpur, Birgunj, or Biratnagar, have become safe haven for diesel commercial vehicles which are more than 10 years old. The government agencies have not shown any interest so far in deregistering old vehicles.

The government could come up with a policy that would ban the plying of old vehicles, at least, on the streets of Kathmandu and major cities of Nepal. Diesel vehicles and heavy-duty trucks are a major source of air pollution, which includes ozone, particulate matter, and other smog-forming emissions.

What concerns many is that Nepal's roads rarely have trees on either side of the road. This is sheer violation of Section 16 of the Public Roads Act, 1974 which makes it mandatory on the Department of Roads to ensure the plantation of trees on the right and left hand sides of a public road and it also obliges local authorities to take care of planted trees.

Constitutionally speaking, the right to a clean and green environment is an individuals’ fundamental right in Nepal. The Constitution of Nepal adopts and enacts a plethora of green laws to advance the cause of the green republic. To mention a few, an individuals’ right to live in a clean environment (Article 30); right to clean water and hygiene (Article 35); food sovereignty (Article 36); the right of state to carry out the land reforms for bringing reformation in agriculture or environment protection (Article 25); or the right of the consumer to have quality foodstuffs and services (Article 44) are put in place.

As the air quality in Kathmandu has deteriorated recently and climbed to hazardous levels, the Ministry of Education, Science, and Technology on March 29 ordered schools to be closed for four days, i.e., till April 2. If Kathmandu’s air pollution has climbed to such a hazardous level, who is to be blamed for this? Can’t we reach the conclusion that the constitutional guarantees have been temporarily suspended? Or, enforcement agencies are not properly working?

It is high time Nepal adopts robust environmental measures that anticipate, prevent, and reduce the source of environmental degradation. The onus of proof should be placed on the polluter.

Over and above all this Nepal, being the neighbour of China and India, deserves to seek financial resources, mechanisms, and environmentally sound technology and cooperation from them and the rest of the world to combat the ecological and environmental concerns that the country is facing.

*About the authors: Jivesh Jha, a former law lecturer at Kathmandu University School of Law, is a Judicial Officer, Birgunj High Court, Nepal. He can be contacted at jhajivesh@gmail.com. Alok Kumar Yadav  is a professor of law at HNB Garhwal University, Srinagar, Uttarakhand, India. The views are personal

Source: This article was published by South Asia Monitor