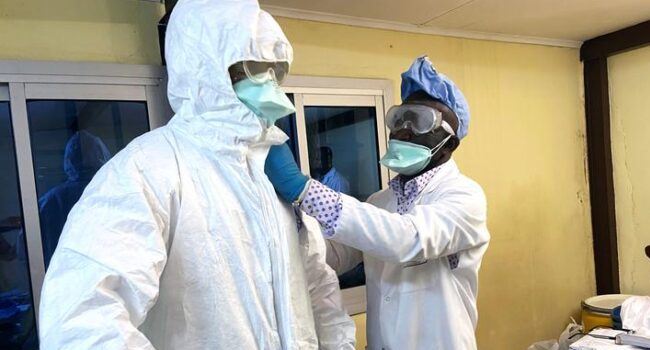 Dr Temitope Hussein, the President of the University College Hospital (UCH), Ibadan Chapter of the Nigerian Association of Resident Doctors (NARD), says the association lost 17 doctors to the COVID-19 pandemic.

Hussein, who was justifying the association’s reasons for joining the nationwide strike of NARD, explained that the families of the deceased doctors were yet to benefit from the Death-in-Service Insurance Scheme.

According to him, the striking doctors were also protesting the non-payment of salaries of some of their members across the country and demanding for an upward review of hazard allowance, among others.

He decried the agony its members nationwide had been made to pass through for three months now without salaries, despite their uninterrupted service delivery to the nation.

He explained that the strike came on the heels of the expiration of the 60-day ultimatum given to the Federal Government on Jan. 25

The gloves are off: Conor McGregor threatens to ‘smoke’ Justin Gaethje & coach after rival attacks his ‘cheap garbage’ ringwear