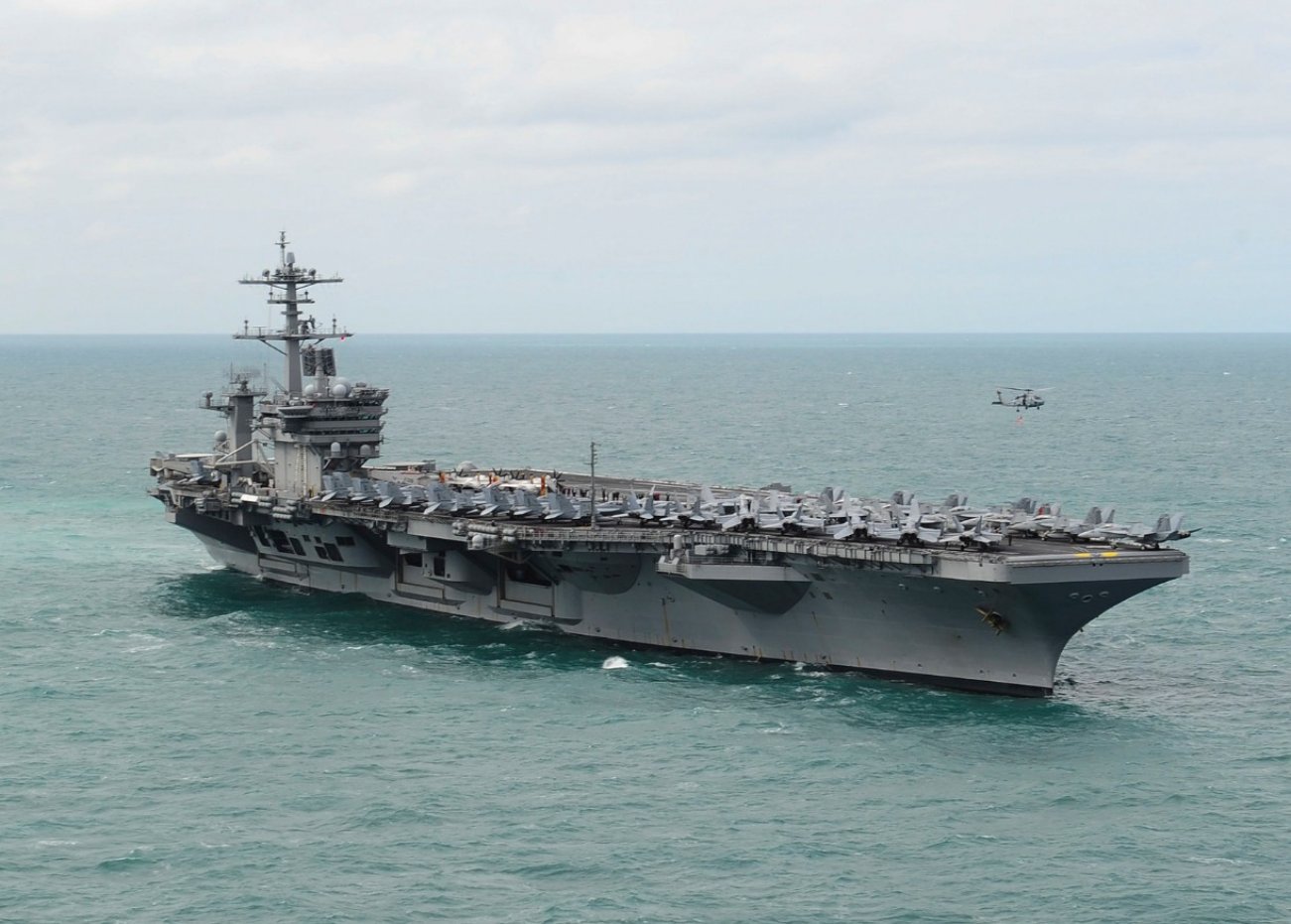 Large carriers were more cost-effective, but they remain very expensive.

Here's What You Need to Remember: The costs of the new Ford-class carriers have even seapower advocates as Sen. John McCain searching for alternatives: in January 2017, the Arizona senator released a white paper, “Restoring American Power,” that called for a “high/low mix” of aircraft carriers, possibly involving a variant of the America-class amphibious transport equipped with the short-takeoff and vertical-landing version of the Joint Strike Fighter.

The United States Navy’s ten nuclear supercarriers are the largest warships on the high seas. Home to more than five thousand sailors and Marines, the Nimitz-class carriers are nuclear-powered and can carry nearly ninety combat aircraft. Still, it didn’t have to be this way: had the Navy taken a different tack several decades ago, the gigantic ships would have been supplemented with smaller, more cost effective flattops—the Medium Aircraft Carriers.

During World War II, the U.S. Navy operated two types of carriers: larger fleet carriers and escort carriers. The larger carriers comprised the main offensive striking power of the fleet, carrying a mixture of fighters, dive bombers, and torpedo bombers. The escort or “jeep” carriers were an economy of force measure, smaller ships with smaller air wings designed to provide air support to convoys and fill in for fleet carriers when the bigger ships were operating elsewhere.

After the war the Navy operated a range of carriers, from full-sized nuclear-powered fleet carriers such as USS Enterprise to the smaller attack carriers and antisubmarine carriers of the wartime Essex class. Gradually however as the older, smaller carriers aged out they were replaced by supercarriers. No smaller carriers were built, and by the mid-1980s almost all of the U.S. Navy’s carriers were at least a thousand feet long, with the exception of the USS Midway and USS Coral Sea.

The drift towards large carriers was a mixture of politics and practicality. Although defense dollars flowed relatively freely during the Cold War, it was safer to propose buying one large carrier in one year than two smaller carriers in back-to-back years. An unforeseen budgetary emergency could result in the second carrier being cancelled.

Large carriers were more cost effective. One hull with a six-thousand-man crew was cheaper to operate than two hulls that required a total of nine thousand men—but collectively had just as many planes. A single carrier also required only one set of cruisers, destroyers and frigates as escorts. Finally, larger carriers could also generate more air sorties than a smaller carrier, and could operate more and larger aircraft.

Still, large carriers are extremely expensive, both to buy and to operate, and elements both inside and outside the Navy searched for alternatives. During the 1970s, then chief of naval operations Adm. Elmo Zumwalt struggled with the twin problems of a declining post-Vietnam defense budget and the obsolescence of large numbers of World War II–era Navy ships. If Zumalt didn’t do something, he risked a huge drop in the number of battle-force ships.

Zumwalt’s proposal to keep the size of the fleet large was to create a high-low mix of ships split between very capable high-end ships and less capable low-end ships. This extended to carriers, and Zumwalt proposed a so-called “Medium Aircraft Carrier” to supplement the existing supercarriers. The Medium Aircraft Carrier would weigh in at around sixty-one thousand tons, be conventionally powered, and have a 908-foot-long flight deck. The ship would an carry air wing of up to sixty planes and have a total complement, including air crew, of just 3,400 personnel.

The Medium Aircraft Carrier would have just two steam catapults instead of the four that were on larger carriers, meaning it could launch planes at just half the rate of larger carriers. It would have just two elevators instead of three. Although it had fewer planes, it deleted fleet air defense and antisubmarine warfare aircraft from the mix to concentrate on striking power, giving nearly as much as a supercarrier.

There were also advantages in building more, smaller carriers. For the first time in decades the number of carriers dropped below twenty, making it increasingly unlikely that enough flight decks would be available during a conventional war to service all requirements. Spreading naval aviation out among more platforms made it more resistant to individual wartime carrier losses. Finally, the increasing importance of new operating areas such as the Persian Gulf stretched existing resources.

The story isn’t over. The costs of the new Ford-class carriers have even seapower advocates as Sen. John McCain searching for alternatives: in January 2017, the Arizona senator released a white paper, “Restoring American Power,” that called for a “high/low mix” of aircraft carriers, possibly involving a variant of the America-class amphibious transport equipped with the short-takeoff and vertical-landing version of the Joint Strike Fighter. As long as the United States buys aircraft carriers, the high/low mix debate will continue.

This article first appeared several years ago and is being republished due to reader interest.

Siena Poll: Cuomo’s favorability lowest its ever been, majority of voters say he should not resign