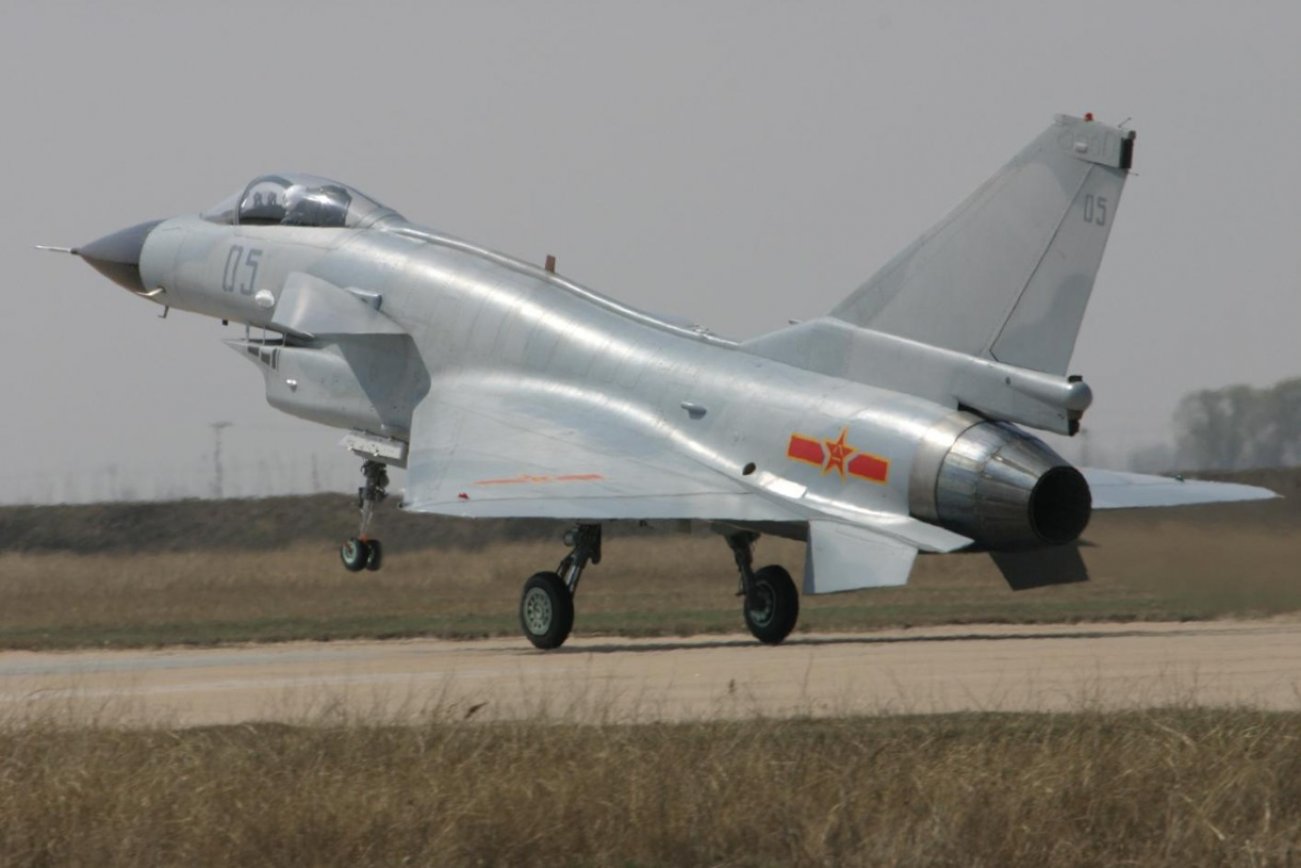 The rivalry between Japan and China over islands in the East China Sea has triggered close encounters between the two sides in the air.

Here's What You Need to Remember: Japan’s F-2 would have the advantage in long-range fights, being able to launch AAM-4B missiles from beyond visual range and then “turn and burn” in retreat. Thanks to their data links, F-2 units will be able to coordinate these long-range launches for maximum effect.

The rivalry between Japan and China over islands in the East China Sea has triggered close encounters between the two sides in the air. Chinese fighters have intercepted Japanese aircraft patrolling the Senkaku Islands (Diaoyu Islands to China), resulting in Japanese fighters being scrambled to intercept.

These aerial encounters in the Western Pacific highlight the People’s Liberation Army Air Force and the Japan Air Self Defense Force. China’s Su-27 and J-11 air superiority fighters are well known to outsiders, as are Japan’s equivalent, the F-15J Eagle.

The Mistubishi F-2 fighter is the result of the FSX program, a joint Japanese-American project to develop a multi-role fighter. Both the F/A-18 Hornet and the F-16 Fighting Falcon were proposed as a baseline, with the F-16 eventually winning out. At the time, the FSX program was controversial as many in the U.S. Congress feared transferring advanced fighter technology to Japan.

Officially, the J-10 is the creation of the Chengdu Aircraft Design Group. Unofficially, it too has roots in an American aerospace program. The J-10 bears a striking resemblance to the joint American-Israeli Lavi fighter. Also based on the F-16, the Lavi was eventually canceled due to cost and political concerns. In 1987, the Office of Naval Intelligence stated that China had received Lavi—and thus American—technology, a conclusion shared with Jane’s.

A joint collaboration between Mitsubishi and Lockheed, the F-2 took the basic F-16 design and enlarged it. The aircraft includes a 25% larger wing area, GE F110 engine, and Japan’s J/APG-1, the world’s first active electronic scanning array radar installed on a fighter. It is armed with the Mitsubishi AAM-3 and AAM-5 infra-red guided air-to-air missiles (similar to the AIM-9 Sidewinder) and the AAM-4 radar-guided air-to-air missile (similar to the AIM-7 Sparrow.) The F-2 is also tasked with the anti-invasion mission, and is capable of carrying up to four ASM-2 anti-ship missiles. An M61 20-millimeter gatling gun rounds out the F-2’s armament.

Despite this, the aircraft is generally regarded as a failure. The per unit cost of the F-2 was a staggering $171 million dollars, more than four times that of an F-16C Block 50/52. Needless to say the F-2 was not four times as effective as the F-16. The lone upshot of the F-2 was the opportunity it gave Japan’s aerospace industry to work on a fighter program.

The J-10 fighter is a delta wing design, powered by Russian-made Saturn-Lyulka AL-31 afterburning turbofan engines. The aircraft is equipped with a Type 1473H pulse-doppler radar, and has 11 hard points for weapons and external fuel tanks. For air to air combat, the J-10 carries PL-9 infra-red guided air-to-air missiles and PL-12 radar guided missiles, and the Russian GSh-23 23-millimeter cannon. It can also carry a variety of laser and satellite-guided bombs.

All of that is very good, but which would win? At 520 miles, the F-2 has a better combat radius than the J-10, which is estimated at 340 miles. Assuming the two planes meet each other operating at equal distances from base, this would give the F-2 pilot slightly more fuel to maneuver and spend on speed. The J-10 also has an older design pulse-doppler radar to the F-2’s more modern AESA radar, so the F-2 would probably detect the J-10 first. The two planes are roughly the same weight, but the F-2 has a slightly better thrust to weight ratio.

All in all, the F-2 has the advantage.

The story doesn’t end there, though. Both countries are upgrading the J-10 and F-2. China has already started production of the J-10B.  The B model features an improved engine, the AL-31FN, with improved thrust and range. Further improvements include a phased-array radar and infra-red search and track (IRST) for short-range air-to-air engagements.

In the case of Japan F-2 production has already ceased, so the emphasis is on upgrading existing planes. The F-2 is receiving new data links and a new radar, the J/APG-2, which will be mated with the AAM-4B air to air missile. The AAM-4B is currently the only missile in the world with its own AESA radar. The after-launch target lock capability of the AAM-4B allows pilots to launch the missile and begin evasive maneuvers before achieving radar lock.

Japan’s F-2 would have the advantage in long-range fights, being able to launch AAM-4B missiles from beyond visual range and then “turn and burn” in retreat. Thanks to their data links, F-2 units will be able to coordinate these long-range launches for maximum effect. Although China’s new phased array radar may be good, Japan’s long experience in radars means it’s safe to assume that the Japanese radar is better. J-10s might take serious losses in a scrape with the F-2 before they can even engage the enemy.

If on the other hand the J-10 could get in close, the infra-red search and track capability will give the Chinese fighter an advantage in short-range fights. The F-2 has no IRST.

Both the J-10 and F-2 have their advantages and disadvantages. At long ranges, the F-2 would eat the J-10 alive. At short ranges, the tables turn. The long-range battle comes first though, and the F-2’s advantage could be enough to end the fight before both sides enter visual range. In the end, the F-2 comes out ahead in this duel of fighters.

Kyle Mizokami is a defense and national security writer based in San Francisco who has appeared in The Diplomat, Foreign Policy, War is Boring and The Daily Beast. In 2009 he cofounded the defense and security blog Japan Security Watch. You can follow him on Twitter:@KyleMizokami.

This appeared several years ago and is being reposted due to reader interest.

'Never had anything to do with it!' GOP hardliners flee Marjorie Taylor Greene's failed 'Anglo-Saxon' caucus

Biden to Floyd family: ‘Nothing will make it better, but now there’s some justice’