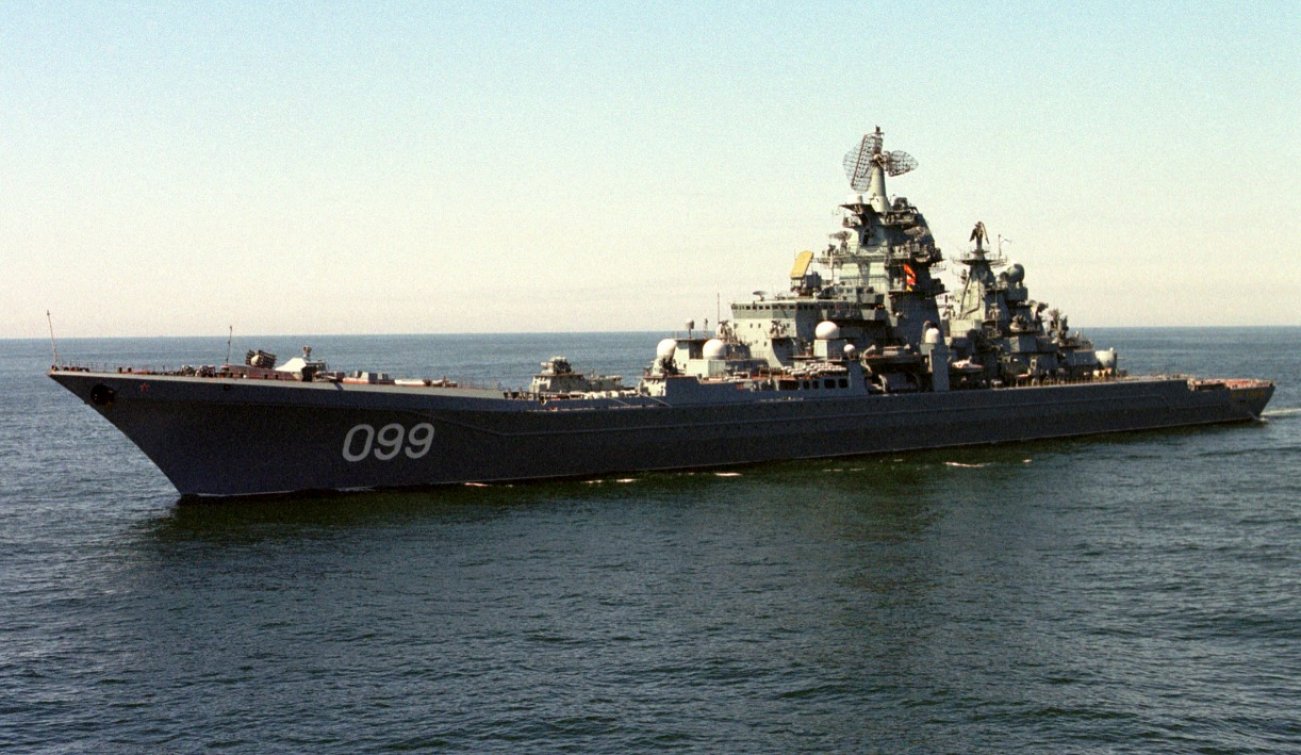 By mid-1945 it was clear to Stalin that with Germany gone, his most powerful rivals—the United States and United Kingdom—lay across the water and out of his armies’ reach.

Here's What You Need to Remember: The rumors were advantageous to Moscow—if the NATO countries believed a fleet of super-battleships were on the way they would have to figure out a means to beat them, siphoning resources away from the ground forces that protected Western Europe.

At the end of the Second World War, Soviet dictator Josef Stalin stood undisputed as the most powerful man in Eurasia. His Red Army had crushed Nazi Germany, repelling an invasion and going on to capture Berlin after a grueling, four year campaign. Stalin’s Red Army was arguably more powerful than the American, British, French and western European armies combined.

Still, that was not enough.

Stalin had long craved a strong navy that would extend Soviet influence far from Europe and Asia, and do it in a big way.

The Soviet leader wanted battleships, and a lot of them.

A fleet that simply was never meant to be, it existed largely on paper and even included some highly advanced ships that were flat-out hoaxes.

During World War II the Soviet Navy was a distant third in priorities. It was the Red Army that had fought the grueling ground battles and campaigns that defeated Germany. Supporting it was a Red Air Force optimized, like the Luftwaffe, on tactical battlefield support of ground forces. The Navy, on the other hand had played a very limited role, providing convoy protection for Lend-Lease equipment from the U.S and support for land operations and harassment of the German military in the Baltic and Black Sea regions.

Still, by mid-1945 it was clear to Stalin that with Germany gone, his most powerful rivals—the United States and United Kingdom—lay across the water and out of his armies’ reach. So was Japan, which the USSR had been shut out of occupying, and many of the former European colonies that were ripe for revolution. Powerful army or not, if  Stalin wanted to remain a major military power, he was going to need a powerful navy.

By the end of World War II it was clear that battleships were obsolete. Aircraft carriers had replaced them as the dominant naval platform, a fact made painfully clear to the Empire of Japan during literally dozens of sea battles in the Pacific Theater of Operations. After the war, the Western Allies mostly divested themselves of battleships, preserving their fleets of carriers instead.

Despite their success, Stalin disliked aircraft carriers and preferred battleships instead. At a September 1945 meeting of the Soviet leadership, Stalin overruled a proposal to build aircraft carriers and instead directed the Soviet Navy to complete construction of the battleship Sovetskaya Rossiya. The battleship had been laid down in 1940 and was still less than one percent complete by war’s end. He also directed the Navy to build two “Project 24” 75,000 ton battleships, and seven “Project 82” (Stalingrad-class) battlecruisers displacing 36,500 tons and equipped with nine twelve-inch guns. Stalin approved only two light carriers, a useless number considering the superiority of the American and British fleets.

The plan was doomed to failure. The Soviet Union never had much large-shipbuilding capacity, and developing such capability had been delayed by the Great Patriotic War. Furthermore, the war had done great damage to the country’s industrial capacity, which needed replacing. There were only so many resources to go around, and gradually the Soviet Union scaled back plans for a grand surface fleet. The 75,000 battleships were never constructed, and only two of the seven battlecruisers began construction—none were ever actually completed. The death of Stalin in 1953 ended the dream of a large fleet of battleships.

Meanwhile, reports of a new class of Soviet super-battleships were percolating in the West. Several periodicals, including allegedly Jane’s Fighting Ships, spread the rumor of seven new super-battleships, nicknamed K-1000, under construction in Siberian shipyards.

The seven super ships: Strana Sovetov, Sovetskaya Byelorossia, Krasnaya Bessarabiya, Krasnaya Sibir, Sovietskaya Konstitutsia, Lenin, and Sovetskiy Soyuz were said to be between 36,000 and 55,000 tons—ironically smaller than the ships Stalin had actually approved. They were variously reported as having a top speed of between 25 and 33 knots, and carried a battery of between nine to twelve 16-inch guns and twelve 18-inch guns. They were also supposed to have guided missiles as armament.

The problem: they were a hoax. The rumor had spread in the Western press, but the Soviet Union, once it learned of them encouraged the rumors. Some of the names were retreads of the earlier, cancelled Sovetsky Soyuz class. The ships were just plausible enough to sound real, although the Soviet Union had not developed guided missiles capable of being fitted on ships. The rumors were advantageous to Moscow—if the NATO countries believed a fleet of super-battleships were on the way they would have to figure out a means to beat them, siphoning resources away from the ground forces that protected Western Europe.

As predominantly land power, the Soviet Union was fated to spend most of its resources on land forces. Sea power by necessity came in at third place. While the USSR did manage to field four  Kirov-class battlecruisers in the 1980s, it never came anywhere near to realizing Stalin’s great red fleet.

Kyle Mizokami is a defense and national-security writer based in San Francisco who has appeared in the Diplomat, Foreign Policy, War is Boring and the Daily Beast. In 2009 he cofounded the defense and security blog Japan Security Watch. You can follow him on Twitter: @KyleMizokami.

This first appeared several years ago.