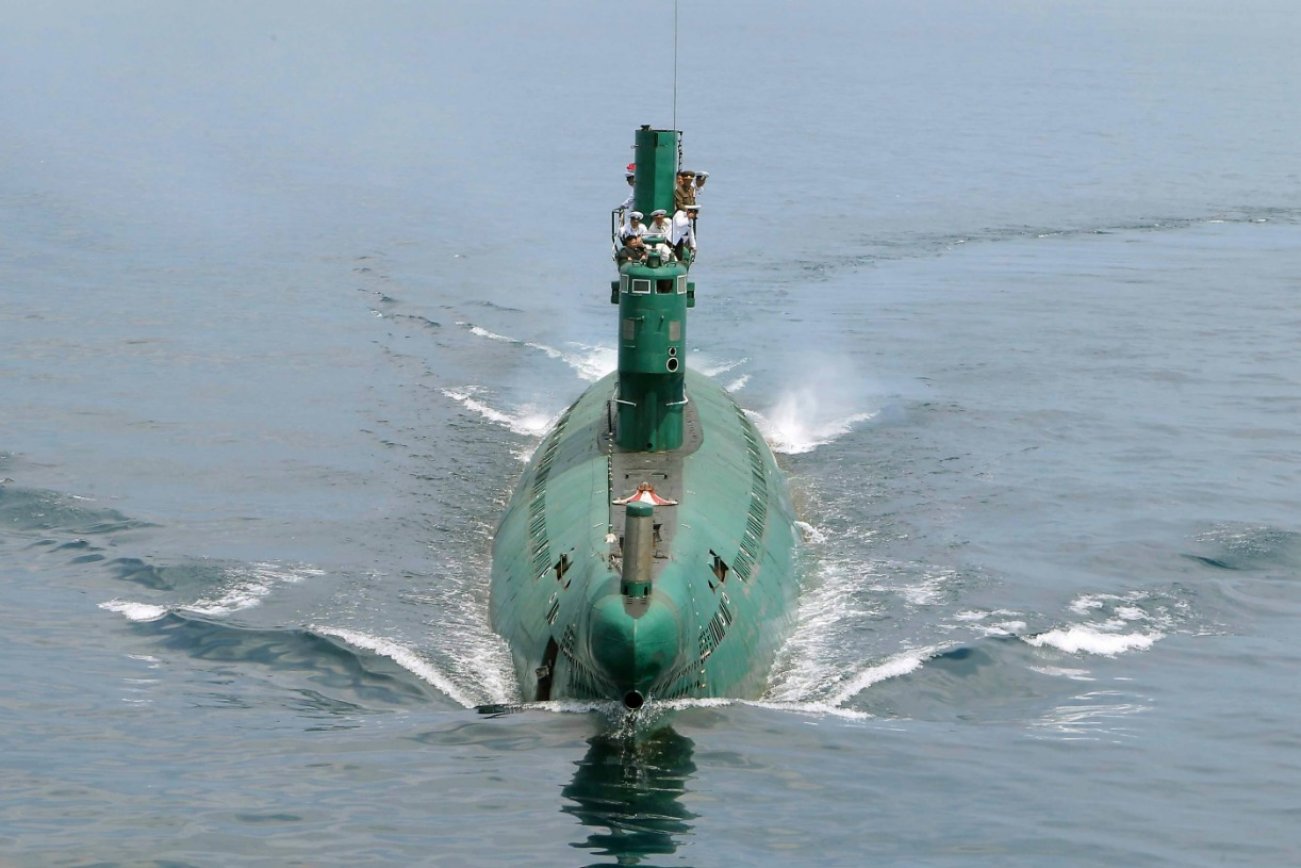 Here's What You Need to Remember: While not up to par with many modern navies, the KPN still manages to stay afloat—literally—and even sports modern firepower in the form of the Kumsong-3 missile. Pyongyang is clearly trying to upgrade its navy, likely turning it into a modest antiaccess force for the waters around North Korea.

The Korean People’s Navy—what North Korea calls its naval force—is one of the most unusual navies in Asia. Starved of funds by Pyongyang’s nuclear and missile programs, the country’s conventional forces have taken a backseat to the dream of an nuclear-tipped ICBM that can reach all of the United States. As a result, the KPN has devolved into an antiquated, ramshackle fleet . . . but one that may someday soon control nuclear weapons.

The KPN consists of approximately sixty thousand personnel, including conscripts serving five- to ten-year military terms. In terms of personnel, the KPN is the smallest of the three services, approximately a twentieth the size of the Army and half the size of the Air Force. Organizationally, the KPA consists of a naval headquarters, two fleet commands, sixteen squadrons, two naval sniper brigades and scattered coastal-defense units on both coastlines. It also controls naval training centers, ports and logistics centers, and even controls shipbuilding for the fleets.

The KPN operates between 990 and 810 vessels of Soviet, Chinese and North Korean origin. As of 2001, North Korea analyst Joseph Bermudez estimated 360 ships operated with the West Fleet (operating in the Yellow Sea) and another 480 operated with the East Fleet (facing the Sea of Japan.) A lack of funds for naval construction means many of those ships are probably still in operation today. The nature of the North/South Korea division and the relatively short range of the KPN’s ships means ships rarely, if ever transfer between the two coastlines.

The vast majority of the KPN fleet consists of gunboats, with 80 percent likely under two hundred tons. These ships mostly mount heavy machine guns and light cannon, with the largest armament eighty-five-millimeter guns on turrets taken from obsolete T-34/85 tanks. Some boats are equipped with 122-millimeter multiple rocket launchers that are inaccurate against other ships and are likely meant to support amphibious landings. Still others are equipped with deck mounted torpedoes. Fire control is limited to primitive optical systems, radar is rudimentary and likely limited to navigational radar, and the ships themselves are too small to pose a credible threat to the U.S. Navy. As Bermudez writes, “the majority of these vessels are limited to calm seas and operating within 50 nautical miles of the coast.”

Ironically, the gunboat fleet is the part of the KPN that has seen the most action. North and South Korea have been involved in several pitched battles at sea, including the 1999 First Battle of Yeonpyeong, the 2002 Second Battle of Yeonpyeong and the 2009 Battle of Daecheong. Although North Korean gunboats have repeatedly inflicted damage on their Republic of Korea Navy counterparts, the KPN has generally taken many more casualties in ships and men, the result of its old ships and antiquated firepower. That the North Koreans no longer cause provocations at sea is almost certainly due to the fact that South Korean ships are now decisively superior.

Another major part of the KPN is its submarine fleet. In its 2015 report on North Korean military capabilities, the Pentagon noted that North Korea has seventy submarines of unknown types on active duty. A 2010 multinational report on the sinking of the South Korean corvette ROKS Cheonan, thought to have been sunk by a North Korean midget submarine, states that the KPN operates twenty Romeo-class submarines, forty Sang-O (“Shark”)–class coastal submarines (SSCs) and ten midget submarines of the Yono class. A small number of the Sang-O submarines are designed to support navy divers in clandestine operations, while the rest are designed to protect the North Korean coastline and perhaps harass shipping going in and out of South Korean ports in wartime.

North Korea’s most important submarine, however, is the Gorae (“Whale”)-class ballistic-missile submarine. First observed in satellite imagery in 2014, the lone Gorae appears based on the Yono-class submarine. The Covert Shores naval-affairs web site estimates it as being 213 feet long, displacing 1,650 tons fully loaded, and with a crew of between seventy and eighty. Gorae has a single ballistic-missile launch tube in the sail to accommodate the Pukguksong-1 (KN-11) submarine-launched ballistic missile. The KN-11 is estimated to have a range between six hundred and nine hundred miles, and will almost certainly carry a small nuclear warhead.

North Korea maintains a small amphibious force for landing the two KPN sniper brigades, the Twenty-Ninth and 291st, behind South Korean lines. The Navy has approximately one hundred Nampo-class landing craft, fast craft capable of forty knots that are based on Soviet P-6 torpedo boats. It also has a fleet of up to 130 Kongbang-class hovercraft. Although the KPN amphibious fleet is numerous, it is unable to operate beyond the Korean Peninsula.

In recent years the KPN has recently received a number of newer ships. In 2014, two Namp’o helicopter frigates were spotted, the largest ships constructed for the Navy in a quarter century. Joseph Bermudez at the web site 38North believed the ship would have only modest armament and antisubmarine rockets, but the Covert Shores blog believes armament is likely to include one seventy-six-millimeter gun and up to eight of North Korea’s copy of the Kh-35 antiship missile, the Kumsong-3. A high subsonic, sea-skimming antiship cruise missile in the same class as the French Exocet and American Harpoon, North Korea’s antiship clone is extremely dangerous not only to the South Korean but American surface fleets.

In addition to the light frigates, North Korea also appears to have built an unknown number of high speed catamarans in the two-hundred-ton class. Dubbed the Nongo class by the U.S. Department of Defense, in both stealthy and nonstealthy versions. Both carry the Kumsong-3 antiship missile, a seventy-six-millimeter gun design likely imported from Iran, and deck-mounted man-portable air-defense missiles. Finally, North Korea has constructed at least five different types of Very Slender Vessel (VSV), a knifelike watercraft designed to cut through the waves at high speed. North Korean VSVs are likely meant both as infiltration vehicles against South Korea and for surface combat.

Finally, the North Koreans have a considerable amount of coastal artillery scattered around both coasts, particularly cities. Most of the artillery is in the form of older seventy-six-millimeter coastal guns, but in 2017 several tracked vehicles in blue navy-camouflage colors were spotted with launch tubes for what could only be Kumsong-3 missiles. Not only would this represent a major range and firepower boost for coastal artillery units, it also indicates the North is capable of manufacturing the missile in large numbers, and that it purchase a handful of original Russian missiles from a third party.

North Korea is one of the poorest countries in the world, and is known for doing a little with a lot. The country’s missile and nuclear programs are one obvious example, but the Korean People’s Navy is yet another. While not up to par with many modern navies, the KPN still manages to stay afloat—literally—and even sports modern firepower in the form of the Kumsong-3 missile. Pyongyang is clearly trying to upgrade its navy, likely turning it into a modest antiaccess force for the waters around North Korea.

Kyle Mizokami is a defense and national-security writer based in San Francisco who has appeared in the Diplomat, Foreign Policy, War is Boring and the Daily Beast. In 2009 he cofounded the defense and security blog Japan Security Watch. You can follow him on Twitter: @KyleMizokami. This article first appeared several years ago and is being republished due to reader interest.

Oil multinationals ready to relocate to N’Delta if…— Sylva