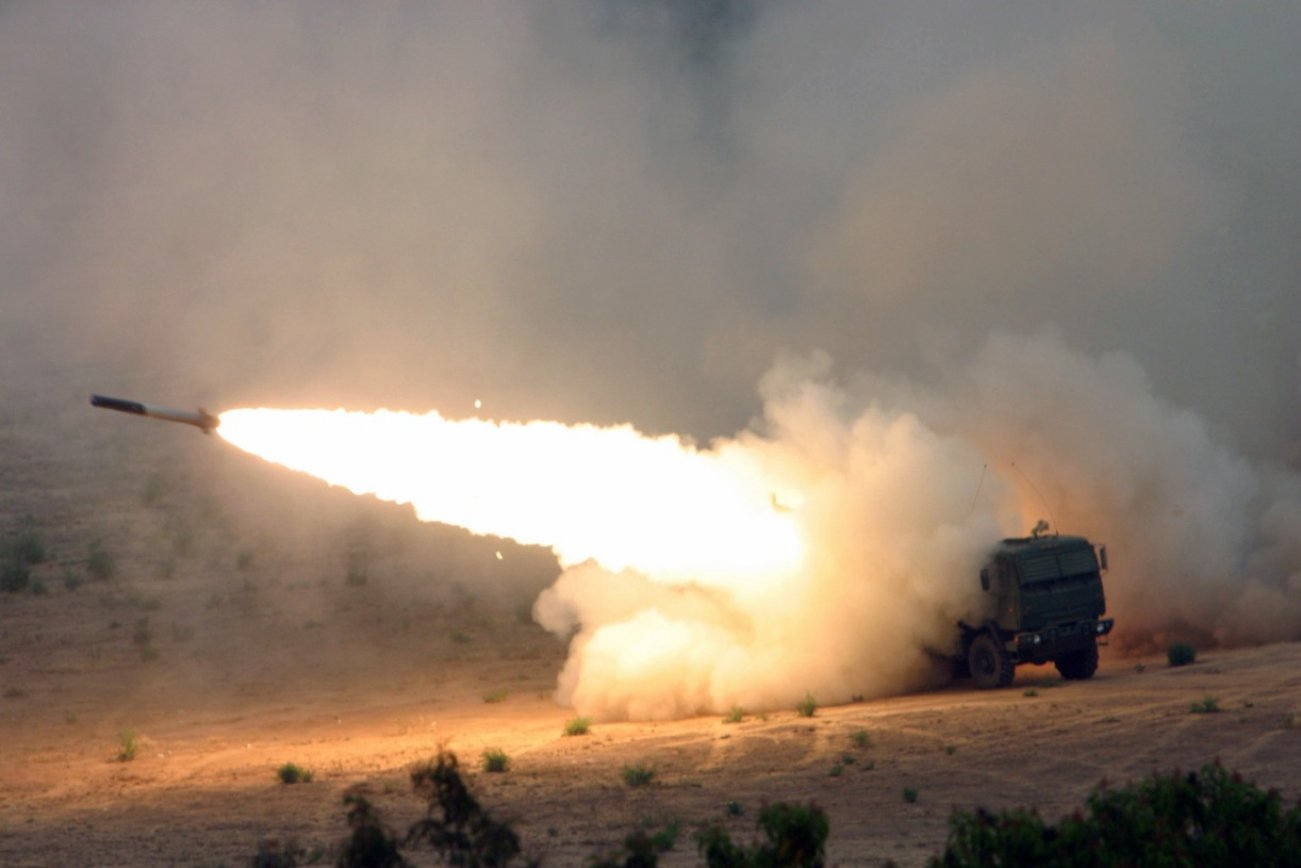 This capability, while less relevant in Western counterinsurgency doctrine, has proven useful in recent conflicts in Ukraine and Syria.

Here's What You Need to Remember: The system is significantly more strategically mobile compared to the M270, as it is C-130 transportable. It is also cheaper to maintain than the M270 since it is mounted on a truck chassis. However, this limits its tactical mobility.

Rocket artillery is one of the most destructive weapons on the modern battlefield. Designed to pump out a high volume of fire within a short period, rocket artillery systems are particularly dangerous in their ability to obliterate a position before units have a chance to take cover.

This capability, while less relevant in Western counterinsurgency doctrine, has proven useful in recent conflicts in Ukraine and Syria. However, most rocket artillery systems used in those conflicts are Russian or Soviet. What does NATO have to compare?

Here are what could be considered the best rocket artillery systems NATO has to offer:

It shoots 227mm rockets, twelve of which are held in two six-rocket pods. During the Cold War, the standard rocket was the M26 cluster rocket, which held 644 dual-purpose submunitions. Nowadays, due to treaties on cluster munitions, a new rocket with a unitary high explosive warhead is being fielded.

The system is designed to be quickly reloaded via swapping the pods. The MLRS is also designed to fire the ATACMS tactical guided missile, which can be set in place of one rocket pod.

The HIMARS in some ways can be considered the MLRS’ smaller cousin. Featuring more modern fire control (which is being retrofitted to the M270 in the M270A1 variant), the HIMARS only can mount one six-rocket pod to the MLRS’ two.

The system is significantly more strategically mobile compared to the M270, as it is C-130 transportable. It is also cheaper to maintain than the M270 since it is mounted on a truck chassis. However, this limits its tactical mobility.

The system has seen recent interest with NATO nations, with Poland buying twenty launchers in late 2018. Romania also bought the HIMARS in early 2018.

Although designed for Warsaw Pact countries during the Cold War, RM-70 launchers continue to serve in NATO arsenals in Central Europe.

Based on the proven Tatra truck chassis, RM-70 launchers can even serve as a budget alternative to the HIMARS, as Slovak companies have offered to convert RM-70s to be able to mount a NATO-standard 6-round 227mm rocket pack.

However, even with the original 122mm rockets (the same as on the Soviet BM-21 Grad), the RM-70 is a formidable launcher. Unlike the Grad, the long 8x8 truck chassis allows for the carriage of a single full 40-rocket reload in front of the launcher.

In addition to the HIMARS, Romania also fields a lighter Grad-alike rocket system. The LAROM is a version of Israel’s LAR-160 rocket launcher mounted on a simple truck chassis. The ability to use Israeli 160mm rockets provides a significant increase of capability over a regular Grad launcher.

The Israeli rockets have cluster munition warheads and are mounted on pods to allow for fast reloading in the field. In contrast, a regular Grad launcher like those found on the BM-21 or RM-70 has to be loaded tube by tube by a crew. However, a podded reload requires a crane on an ammunition support vehicle.

The LAROM can use both a standard Grad array as well as Israeli pods depending on its configuration.

The Turkish T-300 Kasirga is perhaps the only NATO rocket artillery system that could truly be considered a “heavy” system like the Russian/Soviet BM-30 Smerch.

Firing massive 300mm rockets, the T-300 is one of the longest ranged rocket artillery systems in the NATO arsenal, with the rockets capable of reaching out to 100 km. This is significantly longer than the 70 km that the M270 can reach with M30/M31 GMLRS rockets, although rockets in development may extend the M270’s range out to 150 km.

The T-300 also has one of the largest warheads of an artillery rocket in NATO inventory. The M31 has a unitary warhead weight of 90 kg. This is far less than the T-300’s 150 kg warhead or the Smerch’s massive 243 kg.

Charlie Gao studied political and computer science at Grinnell College and is a frequent commentator on defense and national-security issues. This article first appeared in 2019.

BREAKING: Documents Released in Ghislaine Maxwell Case Show DOJ Knew Years Ago that Epstein Abused Girls “As Young as 12 But Younger the Better” But Did Nothing