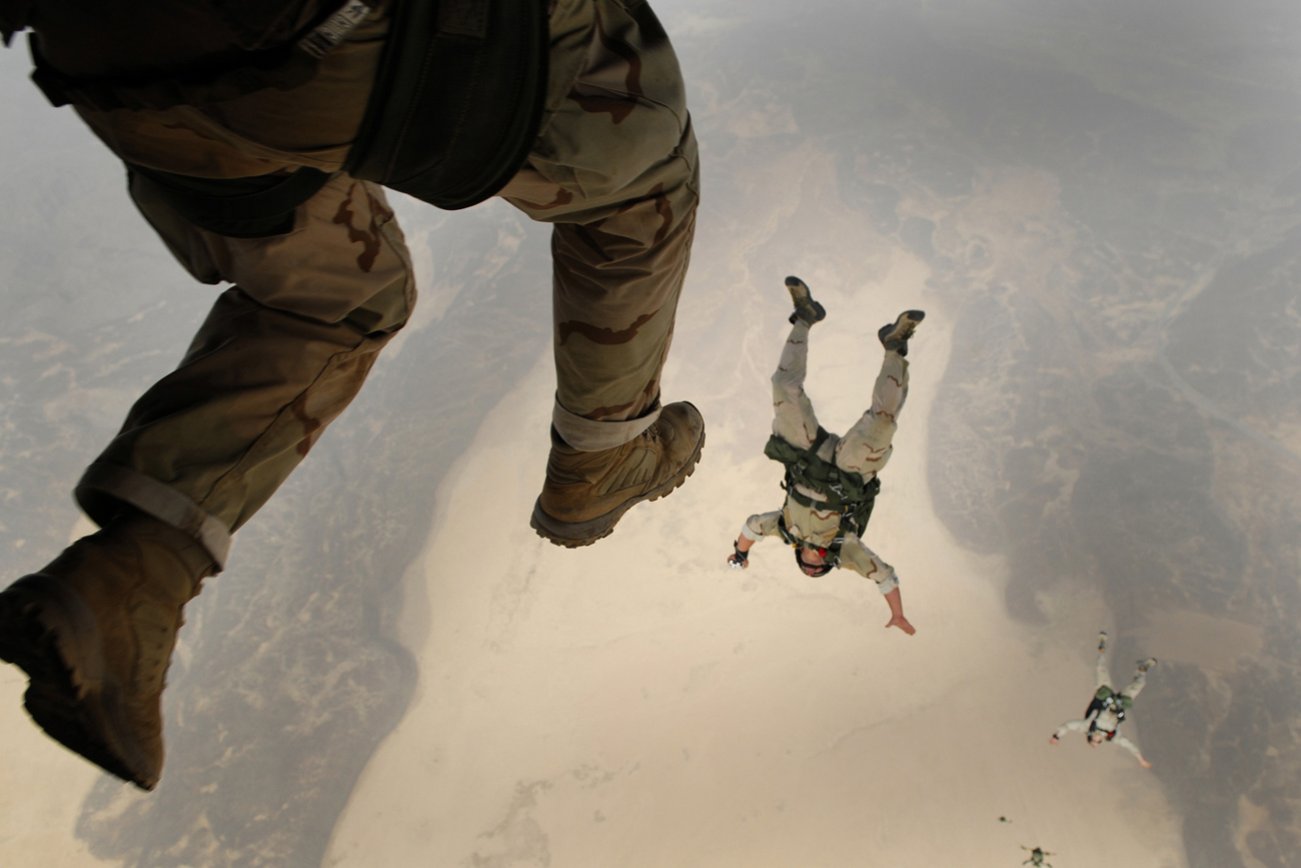 If Biden can successfully extricate America from Afghanistan in 2021 and avoid committing America to similarly ill-fated ventures in the future, then he can shift America’s focus towards resolving many of the domestic problems that have long plagued the country.

In the summer of 2011, President Barack Obama delivered a speech to the American public announcing his plan to bring home ten thousand American troops stationed in Afghanistan, the first step of his plan to withdraw over thirty thousand troops from the war-torn country within a year. Obama used this speech to make a case against the nation-building campaigns initiated by his predecessor in both Afghanistan and Iraq, arguing that “it is time to focus on nation-building here at home,” instead of doing so abroad down the barrel of a gun. Noting that America’s strength abroad has historically “been anchored in opportunity for our citizens here at home,” Obama articulated the need to “invest in America’s greatest resource—our people,” and “recapture the common purpose that we shared at the beginning of this time of war.”

Nearly a decade later, the promise of a sustained campaign of “nation-building at home” remains largely unfulfilled. While President Obama deftly avoided committing America to nation-building projects in places like Syria and Yemen which might have tempted his predecessor, the United States is now in year twenty of its war in Afghanistan and remains mired in a nation-building process seemingly no closer to achieving success than it was when he departed office. The immense cost of the war in Afghanistan (roughly $2 trillion in total as of 2019) has been diverted towards a conflict of diminishing strategic importance to the United States and away from several domestic challenges which may come to define American politics in the decades to come.

Despite these failings, the Biden administration is now faced with a golden opportunity to resurrect Obama’s promise of committing to nation-building at home over doomed military interventions abroad. With America fast approaching its promised May 1 departure date of the remaining U.S. soldiers from Afghanistan and the Biden administration pursuing an ambitious plan to repair and update America’s crumbling infrastructure, one need not squint to see the outlines of a national agenda centered around the principles invoked by Obama one decade earlier. If President Joe Biden ultimately chooses to follow through with America’s plans to depart from Afghanistan in 2021, then he is perfectly positioned to make a principled case for and sustained commitment to fulfilling the promise of nation-building at home.

The decision whether or not to withdraw from Afghanistan remains very much in flux, with Biden receiving pressure from both sides of the political aisle to defer the departure of U.S. combat troops and the executive himself saying the May 1 deadline may be logistically difficult to meet. Secretary of State Anthony Blinken and America’s chief Afghanistan negotiator Zalmay Khalilzad continue to work valiantly towards a diplomatic end to the violence in Afghanistan that is more favorable to both the United States and the ruling government in Kabul. A recent report from the congressionally convened Afghanistan Study Group calls for a postponement of the withdrawal date “in order to give the peace process sufficient time to produce an acceptable result.” All indications are that Biden, who proclaimed in 2010 that “we’re going to be totally out of there—come hell or high water—by 2014,” is considering extending the military’s stay until November. History tells us the real withdrawal date could come much later.

Unfortunately, the logic behind remaining in Afghanistan is not supported by the facts on the ground, which reveal the extent to which America’s nation-building experiment has failed. The Afghan military and police forces, supported for years by the United States and armed/funded to the tune of $87 billion, are infected with deep institutional corruption. Afghan forces have proven ineffective against the comparatively rag-tag Taliban which has made significant territorial gains since the 2020 cease-fire went into effect and now controls roughly half the country, and the United Nations found that civilian casualties in Afghanistan actually increased following the start of peace negotiations in September 2020. Efforts to curb the production of opium, the Taliban’s financial lifeblood, have been unsuccessful, as the UN estimates that Afghanistan accounts for “84 percent of global opium production over the past five years.” A report by The Washington Post details how U.S. money, given to the Afghan government with little oversight, fueled a culture of state corruption, with one State Department official noting that America was “so desperate to have the alcoholics to the table, we kept pouring drinks, not knowing [or] considering we were killing them.” Despite substantial assistance from the United States to rebuild the Afghan economy, the country’s poverty rate has actually increased over the past decade.

America has failed to bring peace and stability to Afghanistan, and there is no reason to suspect that prolonging America’s military engagement will change this. The Taliban, resilient due to the support it receives from a meaningful portion of the Afghan population, may be an untrustworthy negotiating partner, but the terror group is unlikely to become more reliable over the next six months or even the next six years. Diplomatic efforts to create a transitional government that includes the Taliban are noble and worth pursuing even after America’s departure from the region, but not likely to succeed given Afghan President Ghani’s strong opposition to the proposals. Remaining in Afghanistan would only put at risk the remaining 2,500 American servicemen and women stationed there who could become targets of Taliban attacks should America violate the ceasefire agreement by missing the May deadline. President Biden must make every effort to depart from Afghanistan by or near the May 1 deadline, as the only meaningful alternative to doing so is a continuation of the failed status quo.

If Biden does follow through with America’s withdrawal plans, his domestic agenda paints a clear picture of how the resources once committed to a failed nation-building effort could be better put to use. The Biden administration, taking the president’s campaign pledge to “build back better” literally, has rolled out a $2 trillion infrastructure plan to address America’s crumbling transportation infrastructure, revive American manufacturing, and prepare America to meet the coming climate change challenge. Given that problems with American infrastructure “cost billions of dollars in lost economic productivity,” and that these costs will continue to compound as the infrastructure becomes even more outdated, this measure seeks to address an issue that has chronically plagued America for several decades, but which policymakers have thus far been unable to muster a response to.

America faces several other systemic defects which have long served as ticking time bombs. Healthcare in America remains fatally flawed; over thirty million Americans are uninsured, America has twice the amenable mortality rate of many of its European peers despite spending several times more on healthcare per capita, and the coronavirus pandemic, which has killed nearly 550,000 Americans, laid bare the tragic risks associated with such a broken system. About 38 percent of American adults struggle with addiction to illicit substances, while U.S. demand for narcotics continues to drive its production and create instability throughout South and Central America. Nearly one in six children in America live in poverty as of 2018. The looming threat of climate change, which experts warn could cause a 10.52 percent loss of America’s GDP per capita by the year 2100 (to say nothing of the immense ecological destruction and potential loss of life), will require a sustained national effort that expands beyond the provisions of Biden’s infrastructure plan which are designed to address it.

Contrasting the long neglect of America’s systemic problems with the time, energy, and resources dedicated to a failed nation-building project in Afghanistan paints a clear picture of the need for greater nation-building at home at the expense of such efforts abroad. While America’s two decades in Afghanistan have failed to yield meaningful solutions to the war-torn nation’s underlying problems, the Biden administration now has an opportunity to focus on complex, but ultimately solvable problems that threaten the American home front, many of which (poverty, infrastructure, counter-narcotics) we have struggled to address in Afghanistan. If Biden can successfully extricate America from Afghanistan in 2021 and avoid committing America to similarly ill-fated ventures in the future, then he can shift America’s focus towards resolving many of the domestic problems that have long plagued the country.

Biden cannot and should not turn his back on America’s indispensable role in the world, and his first few months have given no indication that he has any desire to retreat into fortress America. But $2 trillion spent on long-overdue infrastructure development does far more to advance America’s interests than $2 trillion spent trying and failing to remake Afghanistan in our own image. Obama understood this a decade ago, and now it is up to his former vice president to make that long-deferred dream a reality.

Matt Reisener is the chief of staff at the Center for the National Interest.