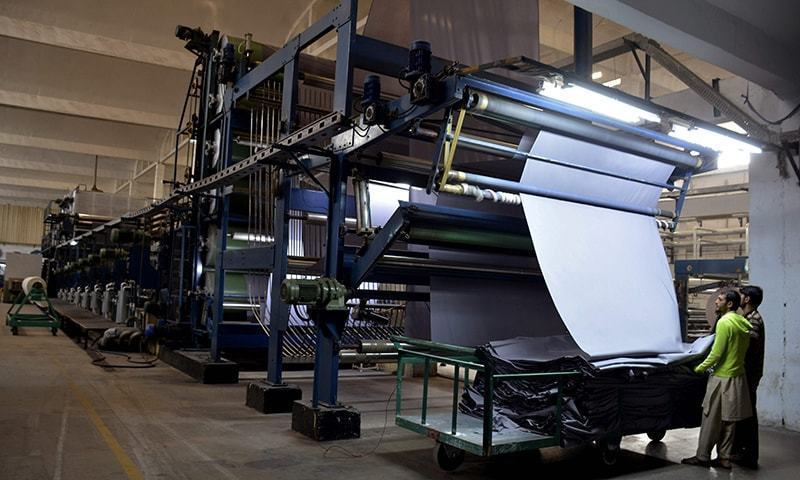 KARACHI: The federal cabinet’s decision to defer the Economic Coordination Committee’s (ECC) decision of allowing the import of cotton and cotton yarn from India through land and sea routes has annoyed the textile sector.

Pakistan Apparel Forum chairman Jawed Bilwani on Thursday said the federal cabinet’s decision had disappointed the textile export industry. He described Commerce Adviser Abdul Razak Dawood’s recommendation to allow import of cotton yarn from India as realistic and the need of the hour. The federal cabinet, he added, must accord serious considerations to it.

The textile export sector has been continuously demanding duty free import of cotton yarn from all over the world, including India, to avert any big loss to textile exports.

He said the rejection of the ECC’s proposal by the cabinet would convey a negative message to foreign buyers as cotton yarn was not available in the country.

Mr Bilwani claimed that prices of cotton yarn had increased after the federal cabinet’s decision. The government must ensure availability of cotton yarn in the country if it did not want to allow its import from India, he added.

He feared massive textile export decline if import of cotton yarn from the neighbouring country was not allowed.

In the current year, the country faced 40 per cent plunge in cotton production and if it was compared with 15 million bales in 2014-2015, then the drop was 50pc this year, he said.

Mr Bilwani said sea freights have already increased by 700 per cent amid corona virus pandemic and the goods now reached their foreign destination in 105 days instead of 25 days.

UK will face ‘another Covid-19 wave this year,’ PM Johnson warns, says country will have to ‘learn to live with virus’