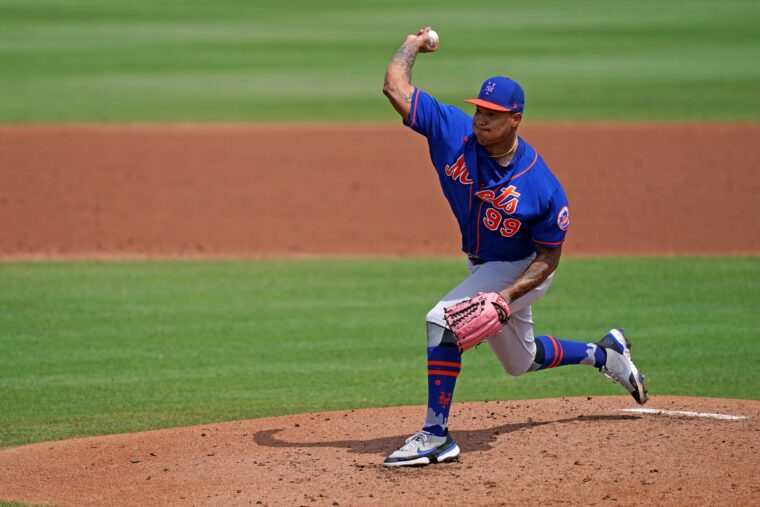 While there was hope that the Mets and Nationals would be to kick off their regular season this weekend, due to numerous COVID-19 cases within the Nationals organization and continued contract tracing, Major League Baseball has decided to err on the side of caution and postpone this weekend’s series between the division rivals.

With that series being postponed, the Mets will now head to Philadelphia to begin their season on the road against the Phillies beginning Monday.

Luis Rojas spoke with the media on Friday and announced the pitching rotation through the home opener on April 8.

Jacob DeGrom will still get the Opening Day start on Monday, April 5, followed by Marcus Stroman on April 6, David Peterson April 7, and Taijuan Walker was given the home-opener nod by Rojas for April 8 at Citi Field.

Rojas also noted in his presser that Carlos Carrasco has thrown a full bullpens and tossed 15 pitches in a live BP recently.

“My Mets debut will be the home opener. Let’s go,” Walker said in a tweet on Thursday after finding out he will get the ball at Citi Field.

The last time Walker pitched at Citi Field was August 17, 2017 in an Arizona Diamondbacks uniform. He threw 5 1/3 scoreless innings, gave up seven hits and one walk. He struck out four and took a no-decision in the Diamondbacks 3-2 win over the Mets.

Walker, now a Met, will get his first opportunity to pitch in the stadium as a member of the Mets organization; it will be his debut in the blue and orange at Citi Field.