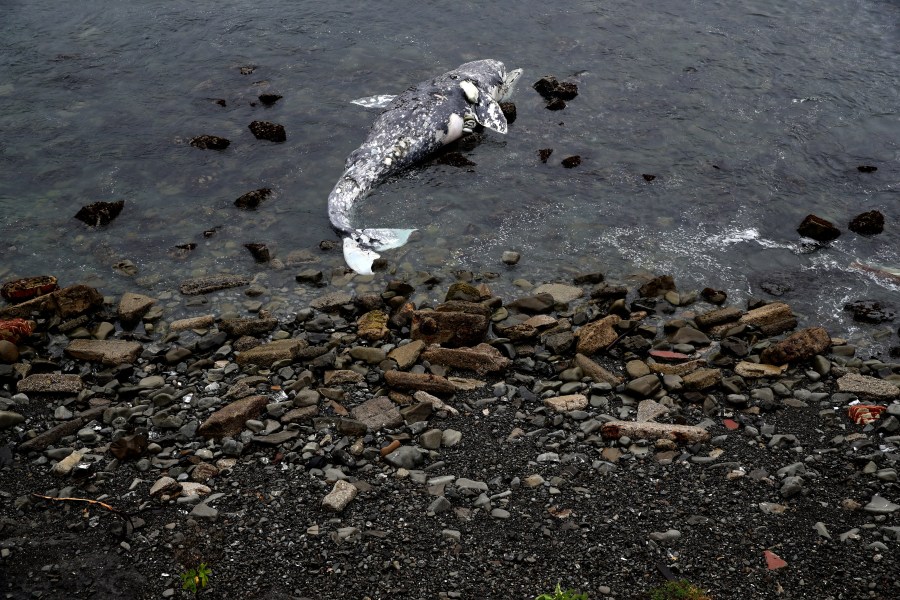 (NEXSTAR) - For dolphins, sound is a lifeline. The marine mammals use echolocation to hunt fast-moving prey and navigate the wide waters of the ocean.

But what happens when artificial noise is increasingly infringing on the oceanic landscape?

A new paper — a collaboration of 25 scientists from across the globe — published last week in the journal Science, has set out to chronicle the impacts of human-created noise on oceanic life.

The researchers found "an increasing cacophony" — caused by noise from disturbances like boats, sonar and acoustic deterrent devices — is threatening the way of life for a host of marine creatures.

"There is clear evidence that noise compromises hearing ability and induces physiological and behavioral changes in marine mammals," write the scientists, who screened over 10,000 papers as part of their research.

The researchers also said that they have "lower confidence" regarding the ability of synthetic noise to cause death in marine animals, though in extreme cases, oceanic noise pollution can result in death for some creatures.

Even climate change, they found, is affecting "geophony," or natural sounds from non-living environmental sources, due to sea ice and storms.

Oceans are not quiet places, though they may appear that way from the surface. In fact, sound is "the sensory cue that travels farthest in the ocean." But too much human-produced noise can spell disaster for marine life.

The researchers hope the paper prompts policy changes that "deploy existing solutions to reduce noise levels in the ocean."

“Noise is about the easiest problem to solve in the ocean,” Steve Simpson, a marine biologist and coauthor of the paper, told the New York Times. “We know exactly what causes noise, we know where it is, and we know how to stop it.”

Solutions, he said, include slowing ships down, moving shipping lanes, avoiding sensitive areas and changing propellers out for quieter devices.

One year on, NYC still has no clear ideas for a COVID-19 memorial

Colin Stagg is working at Tesco after £700,000 payout for being wrongly accused of Rachel Nickell’s murder

White on Overeem, Dos Santos: ‘Nothing happened behind the scenes‘