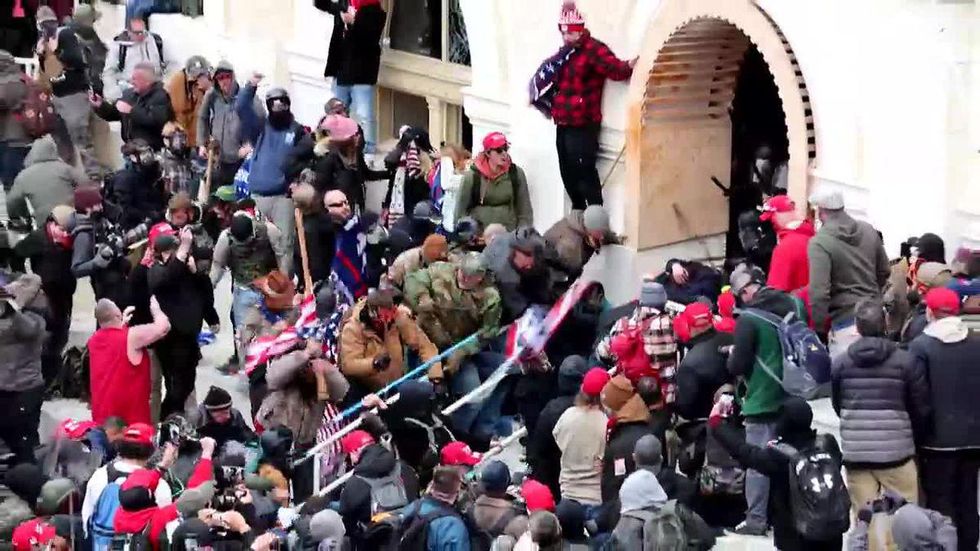 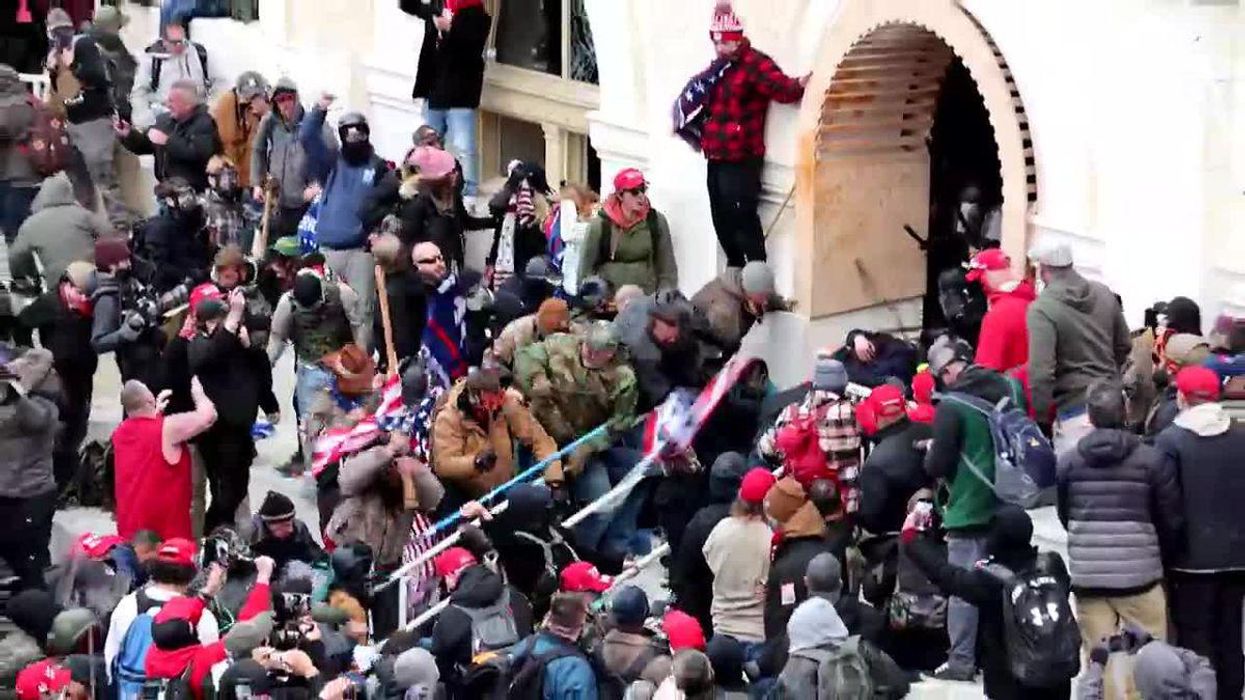 Former President Donald Trump's base may remember his legacy as one to be honored and praised in the history books but news outlets and historians likely will not agree.

Although Democratic lawmakers have presented a solid case to prove that Trump did, indeed, incite the deadly insurrection on the U.S. Capitol, it does not appear enough Senate Republicans will hold him accountable for his actions which could lead to an upsetting acquittal.

Now, a new report published by The New York Times poses a serious question: "Does this unprecedented moment in American history mark the beginning of the end of a particularly violent era? Or the end of the beginning?"

Despite arguments that could be made by Trump's Republican loyalists, the NY Times argues: "Whether or not Mr. Trump is convicted, the extremism that flourished under his administration has embedded itself in our politics."

Outlining a number of previous violent incidents connected to Trump's legacy, the publication noted House Democrats' remarks about the disturbing unrest that erupted in Charlottesville, Va., back in 2017. Rep. Diana DeGette (D-Colo.) noted how the Charlottesville incident served as a precursor to the deadly insurrection at the Capitol and how both will forever be associated with Trump's presidency.

"In 2017, it was unfathomable to many of us to think that Charlottesville could happen," DeGette said, adding, remnants of Trump's rhetoric and influence. "Frankly, what unfathomable horrors could await us if we do not stand up and say, 'No, this is not America'?"

Robert Pape, a specialist at the University of Chicago who studies political violence, explained how the Capitol riots shed light on the disturbing side of American politics. In an op-ed published by The Atlantic, Pape explained why and how Capitol rioters are different from other extremists.

"The Capitol riot revealed a new force in American politics — not merely a mix of right-wing organizations, but a broader mass political movement that has violence at its core and draws strength even from places where Trump supporters are in the minority," he wrote in the piece.

The NYTimes argues that the force Pape speaks of shows "little sign of backing down." It also highlighted the U.S. Department of Homeland Security's latest terrorism alert which warned that "violent extremists were emboldened by the attack and motivated by 'the presidential transition, as well as other perceived grievances fueled by false narratives.'"

There is some indication that such violent acts have support among some Americans, particularly within the Republican Party. A survey conducted by the American Enterprise Institute this week found that 55 percent of Republicans back the use of force as a way to "arrest the decline of the traditional American way of life," as compared with 35 percent of independents and 22 percent of Democrats.

If the Senate does not hold Trump accountable for his actions, the type of extremist violence his base has adopted will likely continue for years to come.