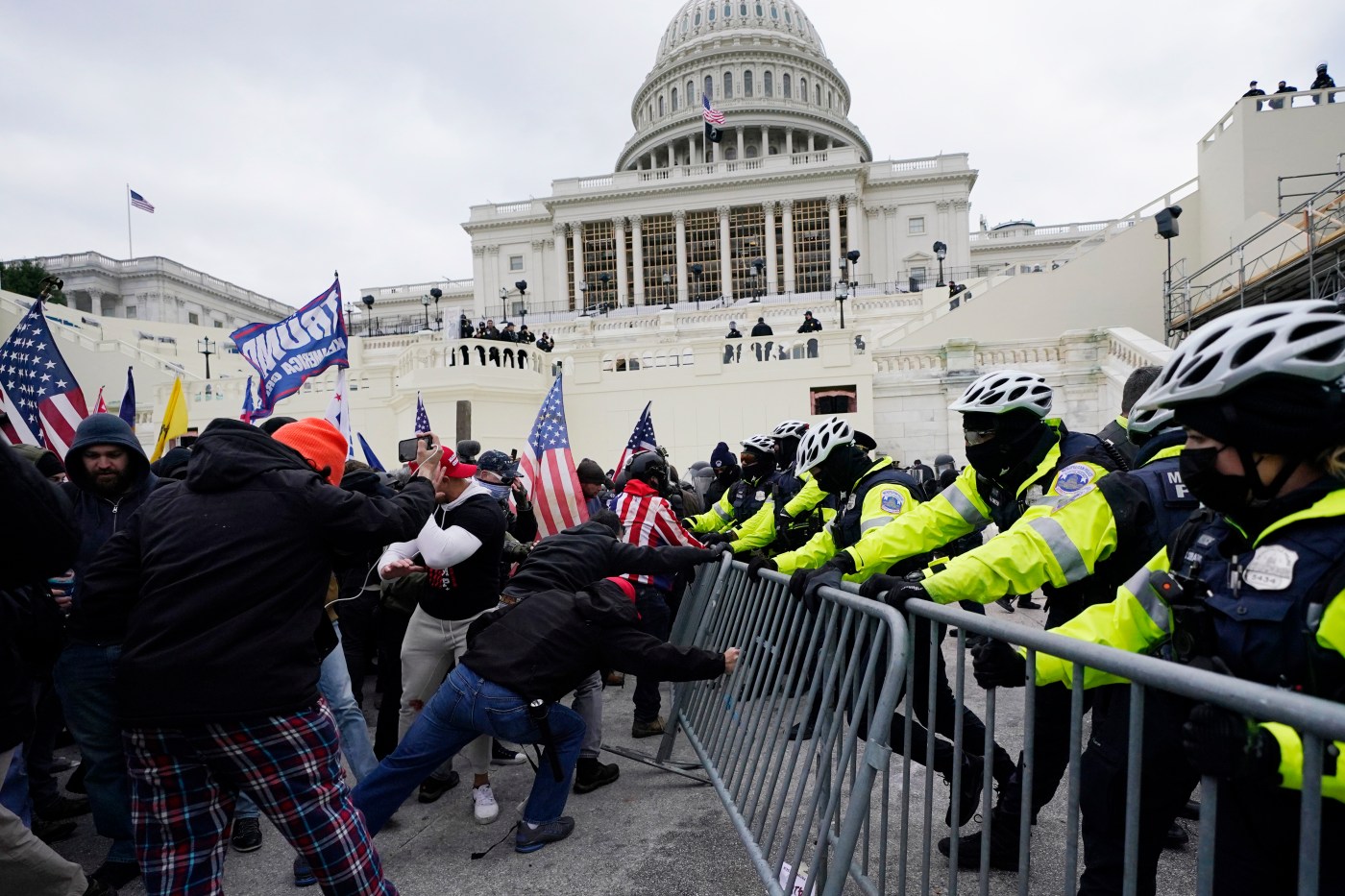 As the second impeachment trial of Donald J. Trump barrels toward its conclusion, the inevitable acquittal raises serious questions about the stability of our democracy.

Trump lied to the American public about the nation’s election results, pressured state officials to change vote counts and incited a deadly insurrection at the Capitol to try to stop the certification of the Electoral College.

It was a direct assault on our democracy that endangered the lives of our elected representatives. Yet it wasn’t enough for most Republican members of the House to vote to impeach, and it apparently won’t be enough for most GOP senators to support conviction.

While Trump should be convicted and barred from holding office again, that’s almost certainly not going to happen. What does it mean for the next election, for the future of the Republican Party, for the future of our democracy, for our nation’s standing as a world leader of elected representation?

The United States is deeply polarized, as demonstrated by the outcome of the presidential election: Joe Biden captured just 51% of the popular vote. Trump garnered more votes than any winning president had previously received. The Electoral College turned on five swing states, each of which Biden captured by less than 1.2 percentage points.

That division is also manifested in the razor-thin margin Democrats hold in the House of Representatives and the even split in the Senate that requires Vice President Kamala Harris to step in to cast tie-breaking votes.

What makes this period different is not the political division but the attempts to undermine trust in our democracy. For that, Trump bears direct responsibility.

After the 2016 election, President Obama welcomed Trump to the White House on inaugural morning even though more Americans had voted for Hillary Clinton. In 2000, when the courts ruled on the Florida vote count in 2000, Al Gore conceded the election.

Not this time. For the 2020 election, Trump spearheaded attempts to undermine trust in our democracy. His lies about widespread fraud and the outcome of the election have left two-thirds of Republicans believing, without evidence, that Biden did not legitimately win the presidency.

The insurrection, followed by the House impeachment and trial in the Senate, provided Republican members an opportunity to make a clean break from the outgoing president. Instead, they rallied behind him and threatened members of their own party who dared to demonstrate independence.

Trump’s refusal to accept the results of the balloting and demonizing of those who acknowledged the truth, including his own vice president, emboldened not only the lunatic fringe that stormed the Capitol but also eight Republican senators and 139 GOP members of the House who refused to certify the election results.

Trump has left office, but his threat to our government continues. His hold on his party, through intimidation and a $255 million political war chest, raised by deceiving his own supporters after the election with false claims of election fraud, will haunt the nation for years.

The internal battle for the soul of the GOP leaves Republicans unable to engage in serious policy debate with Democrats. Credit the 10 Republican senators who met with President Joe Biden on Feb. 1 about the stimulus package for at least attempting to engage.

But, while the president’s $1.9 billion package has excesses, the moderate Republicans’ $600 million counteroffer wasn’t a serious compromise that met the needs of the moment.

Where does it end? How do we kickstart a process of compromise policymaking in Congress? How do we restore confidence in our election systems? Will we see a return in four years to a peaceful transfer of power?

With impeachment, the House and the Senate had an opportunity to send a message that the undermining of our democracy and the direct attack on our government will not be tolerated. But most Republican members chose to side with the instigator.

Rather than condemn, they legitimized Trump’s behavior. By claiming that they could not convict a president no longer in office, they opened the door to chaos and violence in the waning days of the term of the next megalomaniac who loses a presidential election.

The nation needs to heal and rebuild. We must find a way to shore up our tattered democracy. But before we can do that, we must ponder and understand the seriousness of the moment we find ourselves in today.