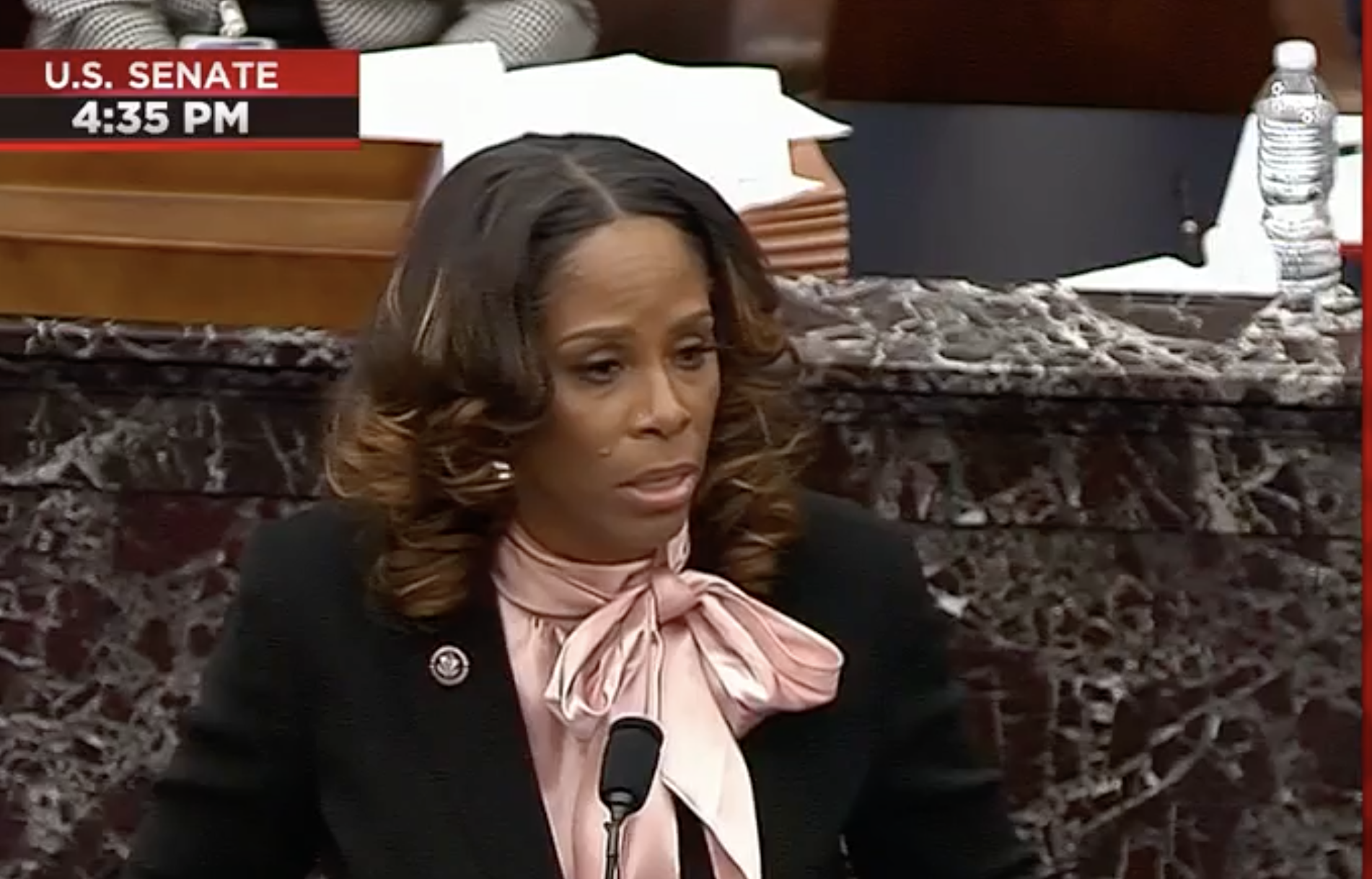 Del. Stacey Plaskett absolutely ethered the former president's legal team for the blatant racism they showed in their defense of Trump. She was answering a question from a group of Democratic senators about the message an acquittal would send to future presidents and congresses.

Del. Plaskett planted the seed for where she was going early in her answer, by noting the horrors inflicted on the people and property in the Capitol, including the terrorizing of the police people on the right claim to revere, and the destruction of a statue of the beloved, departed Rep. John Lewis. In predicting the consequences of an acquittal, which she rightly asserted will "reverberate" into the future, she insisted that the "extremists who attacked the capitol will be emboldened. All our intelligence agencies have confirmed this. It is not House Managers saying that. They are quite literally standing by and standing ready. Donald Trump told them this is only the beginning."

It was at that point, though (around 2:24 in the video) that she went all in on Trump's "legal" team for using predominantly Black people, People of Color, and women in their amateurly-produced, fear-mongering videos of how scary and dangerous the Democrats also are.

Pope intervenes to ask ecumenical founder to pack his bags

Fr. Bernas, one of framers of 1987 Constitution, passes away