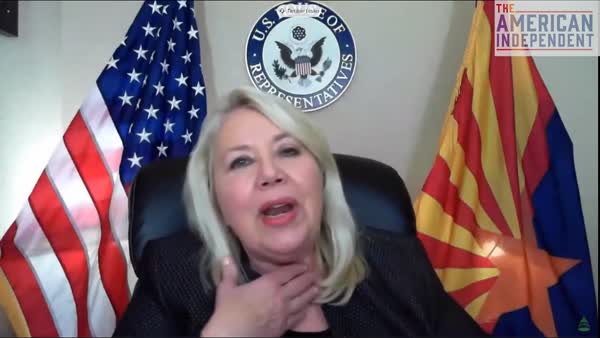 There are a lot of very stupid people in congress. Here's another one from Arizona that doesn't seem to understand that getting everyone the vaccine makes sense, while what she's saying is utter foolishness.

Rep. Debbie Lesko (R-AZ) defended an amendment that would put undocumented immigrants at the end of the line for a COVID vaccine by saying that she personally knew that Hispanic people are "very good workers."

The amendment was proposed during a hearing of the House Energy and Commerce Committee as it considered President Joe Biden's COVID-19 relief bill.

Lesko said it was "amazing" to her that Democrats voiced opposition to the amendment.

"I worked with people that are Hispanic, I mean, they're very good workers. You know, we're compassionate people, but for goodness' sakes, we have to take care of American citizens or people that are here legally first," she said.

Lesko said she would not be able to explain to senior citizens in her state why undocumented people would be getting the vaccine along with the rest of the population.

Astute-Class: The British Super Submarine You Never Heard Of

Top 10 Urban Myths That Are Messed Up But True

Adesanya predicts flawless performance against Blachowicz: ‘I’m not getting touched’