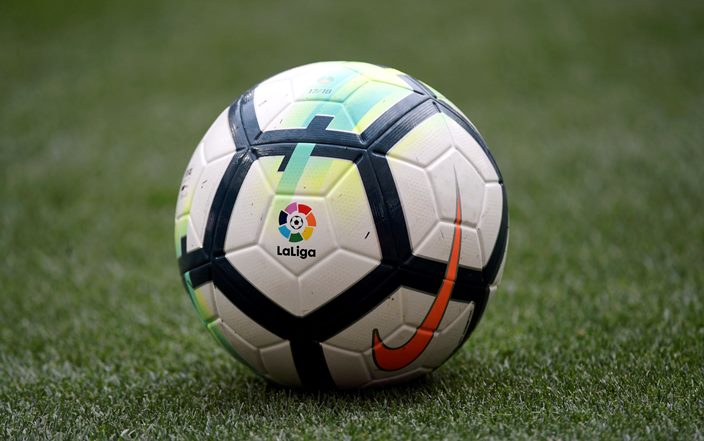 Real Madrid have had an excellent week, taking six points out of six available with victories on Saturday and Tuesday.

This, coupled with league leaders Atlético Madrid dropping points last time out vs Celta, has really sparked the title race into life as just five points and two games in hand separate the city rivals at the top of the table.

As Matchday 23 arrives, Real Madrid will be hoping to close the gap further, but they’ll have to overcome Valencia who thrashed them 4-1 earlier in the season.

LaLiga leaders Atlético Madrid travel to Granada CF. After an eight-match winning streak was ended in their previous outing, Atlético will be looking to get back to winning ways to strengthen their position at the top of the standings. They’ll have fond memories of playing Granada too, after thrashing the Andalusian outfit 6-1 in their opening game of this campaign.

Sevilla face SD Huesca in the next game, which is a battle between teams at opposite ends of the standings and teams with different objectives. Sevilla is aiming for a top four finish, while their opponents are simply looking to move off bottom place in the table. Two other teams in relegation trouble then clash in the next fixture as SD Eibar host Real Valladolid. Both of these teams are level on 20 points at the edge of the relegation zone, so the stakes could not be higher.

Barcelona and Alavés then square off in the Saturday night game in a match-up between two coaches who know each other very well. Ronald Koeman and Abelardo used to play centre-back together for Barça back in the 1990s under Johan Cruyff, but they’ve never taken each other on as coaches. It’ll be a special occasion, then, as they cross paths again at the Camp Nou, but the focus will be on the three points once the ball gets rolling.

Sunday’s slate of fixtures commences with Getafe CF vs Real Sociedad, with the capital city side needing to get back to winning ways after a poor run of results. La Real have lost every time they’ve visited the Coliseum Alfonso Pérez since the Azulones’ return to Spain’s top tier four years ago, though.

Then comes Real Madrid vs Valencia CF at 4.15pm CET on Sunday afternoon. This is a classic LaLiga fixture which has produced so many goals in recent years, with an average of 3.7 goals per game over the past eight seasons. Five goals went in during their previous meeting with Valencia running away with a 4-1 win thanks to a hat-trick of penalties from Carlos Soler. If Real Madrid want to keep up the pressure on Atlético , they’ll need to find a way past Los Che this time around.

Levante UD vs CA Osasuna is always a special match for the attacking leader of the Pamplona-based side, Rubén García. Garcia came through the Levante academy, but is now Osasuna’s star man up front and knows full well there can be little room for sentimentality once the whistle blows in this crucial fixture.

Up next, to conclude Sunday’s action, is a mouth-watering match-up between Villarreal CF and Real Betis. This is a fixture with some interesting coaching storylines as Unai Emery will face the club who were his main rivals during all his years in charge of Sevilla FC, while Manuel Pellegrini will return to the city where he enjoyed some of his greatest coaching successes. More importantly, though, this should be a brilliant game of football because these are two teams who like to attack and who boast world-class offensive players. Brace yourselves for goals.

Then, Cádiz CF vs Athletic Club rounds off the weekend as these two clubs from opposite ends of the country meet on Monday night. Cádiz shocked the Basque side in Bilbao last time they played by winning with just nine men, but Athletic have changed coach and improved a lot since. They’ll be seeking some revenge on the south coast in this colourful Monday night match.

Iran Condemns US Attack on Syria as 'Aggression, Violation of International Law'