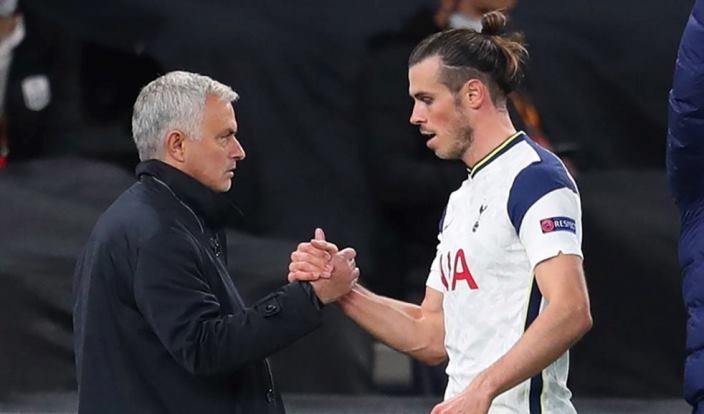 Jose Mourinho has accused Gareth Bale of contradicting the facts when he made a social media post suggesting he was fit to play.

Bale had posted a picture of himself in training on Instagram with the words “Good session today”, which Mourinho believes suggested he was fit to face Everton in the FA Cup on Wednesday.

But in reality the on-loan Real Madrid star had made it clear he did not feel up to playing for Tottenham at Goodison Park.

That led to the manager having to face difficult questions over Bale’s lack of involvement.

And Mourinho is still fuming that the 31-year-old made public a situation the boss says should have been kept behind closed doors.

He said: “Well, I hope that the press conference is about the game and not about individuals.

“But I have to admit that his post created something that needed to be addressed because there was a contradiction between the post and the reality.

“Since the beginning of the season, in relation to everything, I tried to be very, very private and tried to keep everything indoors but I’ve felt that I needed to address the situation.

“Probably the post was not even his responsibility, I don’t know, but the post was training session great, so I’m ready, and it was totally wrong.

“When I was questioned, I had to say the reality of the things which I repeat for the last time and I hope there are no more questions about it because the situation was exactly the way I told.

“He was not feeling good, he asked for a scan, he had the scan, the scan did not show an injury but his feelings were still there and coaches and sports science and medical people.

“We can never go against those feelings because a player’s feelings are much more important than all of us so he was not ready for the game.

It's Difficult to Regain Freedoms Once Censorship Begins

No reason for Pakistan and India to continue with hostilities: IAF pilot Abhinandan