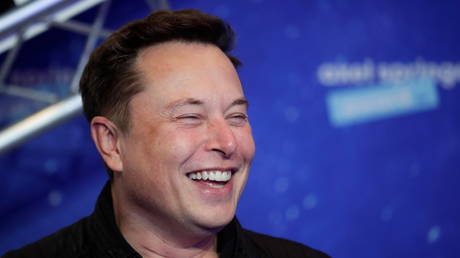 Long-awaited news about Elon Musk was confirmed during a Twitter exchange with Indian entrepreneur Kunal Shah, who asked the busy CEO how he could manage so many different companies. “I’m an alien,” he wryly responded.

The conversation took place on Friday night after the founder of credit payments app CRED asked Musk, one of the central figures behind companies Tesla, Paypal, SpaceX, Neuralink, The Boring Company and SolarCity, how he does it.

“Elon Musk may end up running 4+ 500 billion companies simultaneously at a relatively young age. What I want to really understand: how does he do it? How does he manage context switching? How does he design his Org? So many questions,” Shah wondered aloud.

Musk, 49, without missing a beat, took the opportunity to come clean about his true identity.

“I’m an alien,” he wrote, to which Shah jokingly replied: “Entropy confirmed.”

Needless to say, the banter triggered a slew of memes, with many laughing about the world’s “Worst kept secret.”

“Is that why you're building a Spaceship ... to get back to your home planet?” asked one Twitter user, as others dropped their dankest memes.

“If one was to be dating an alien and they break up, would that make the alien their Space ex? (haha SpaceX saw this joke a long time ago)” one amateur comedian quipped.

Musk is known for his prolific and sometimes precarious market-moving tweets, dubbed ‘The Musk effect.’

The combination of an itchy trigger finger speculating about cryptocurrencies and a penchant for memes and trolling, has set both crypto and stock markets alight in recent weeks, especially against a backdrop of the Gamestonks saga.