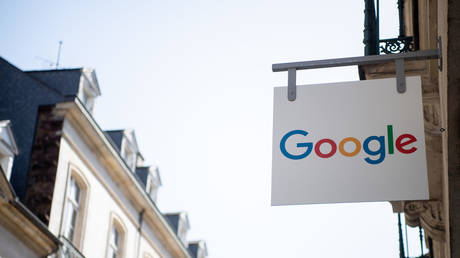 Alphabet’s Google has reportedly agreed to pay $76 million in compensation to a group of French news publishers to settle a year-long dispute over copyright rules enacted by the French authorities under EU legislation.

The remuneration from the US tech giant will be shared among 121 national and local French news publications, the framework agreement seen by Reuters revealed.

According to the documents, Google will pay $22 million annually for three years. The corporation will also provide compensation of $10 million to the same group in exchange for a commitment not to launch litigation over copyright claims for three years.

Google had previously announced the agreement with the Alliance de la Presse d’Information Generale (APIG), a lobby group representing the major French publishers. However, the company hadn’t disclosed details of the financial terms.

Last April, the European Union approved new legislation, which created so-called neighboring rights. The law obliges major providers of tech platforms to open talks with media outlet owners over the use of news content. The guideline confers a right on publishers to receive compensation when their content is used by the platforms. The accord between French media outlets and Google follows France’s implementation of the new rule.

The move reportedly provoked widespread discontent among many other French news providers, which do not belong to the group. The scheme was described as unfair and opaque, since Google refuses to provide access to data showing how much money it generates from news.

“These opaque agreements don’t ensure the fair treatment of all news publishers, since the calculation formula isn’t made public. Google took advantage of our divisions to advance its interests,” said Spiil, the union for independent online news publishers, as quoted by the agency.

Gang ‘tried to kill’ boy, 16, for being on their turf just weeks before he was stabbed to death