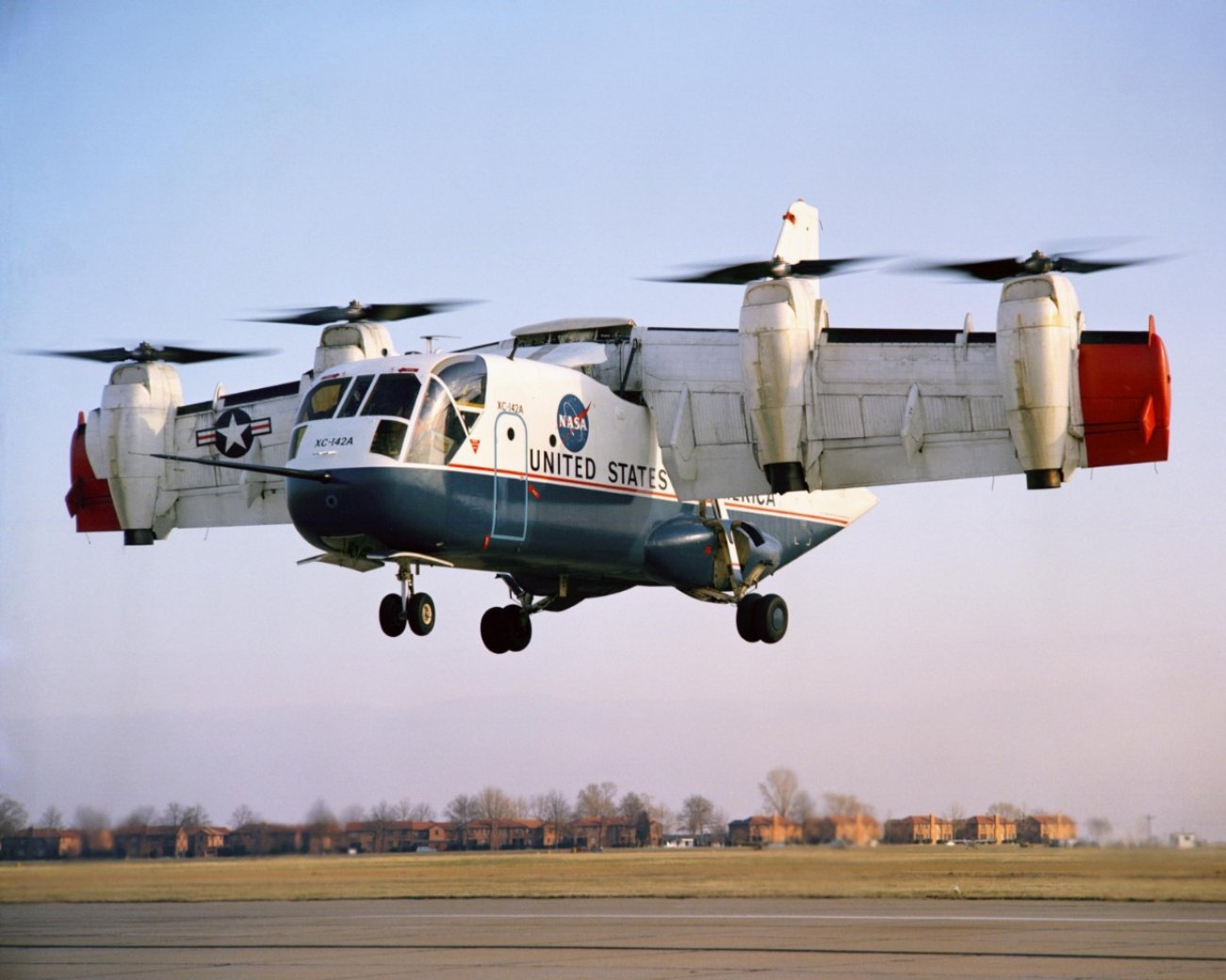 It is a revolutionary aircraft that is part helicopter and part airplane.

Here's What You Need to Remember: Much like the V-22, the XC-142 was both revolutionary but had a difficult time during testing. One prototype crashed, resulting in the death of the aircraft’s three crewmembers. It was also reported to have rather “hard landings” and possibly minor crashes.

Today, the United States military operates some 400 Osprey tiltrotor aircraft, which are in use with the U.S. Marine Corps and U.S. Navy, and the aircraft have been utilized in various Special Forces operations. It is a revolutionary aircraft that is part helicopter and part airplane, but it wasn’t the first to combine the functionality of a fixed-wing and rotary aircraft.

In 1951, a joint U.S. Air Force/U.S. Army initiative developed the Bell XV-3, which became the world’s first successful Vertical Short TakeOff and Landing (VSTOL) tilt-rotor aircraft. It combined the takeoff and hovering capabilities of a helicopter with the speed and range of a fixed-wing aircraft. However, it never went into production but it paved the way for the modern CV-22 Osprey.

However, there is another largely forgotten experimental craft that was designed to further investigate the operational stability of VSTOL transports. This was the XC-142, which was joint collaboration between Ling-Temco-Vought—a successor aircraft manufacturer of the company that made the F4U Corsair—and Ryan-Hiller. While it wasn’t a true tilt-rotor as the engines didn't tilt. Rather its entire wings titled, which allowed it to achieve vertical take-off and landings.

Five of the aircraft were produced, and the XC-142A first flew conventionally on September 29, 1964, while on Jan. 11, 1965, the prototype completed its first transitional flight by taking off vertically and tilting the wings for forward flight, followed by a vertical landing.

The five prototypes were flown in some 488 flights, during which time tests included carrier operations, simulated rescues, paratroop drops and low-level cargo extraction. It seemed to be the right aircraft for the job – yet it was far from perfect.

Much like the V-22, the XC-142 was both revolutionary but had a difficult time during testing. One prototype crashed, resulting in the death of the aircraft’s three crewmembers. It was also reported to have rather “hard landings” and possibly minor crashes. The biggest issue was that pilots had a hard time controlling the VSTOL plane, which was further complicated when it was carrying passengers or filled with cargo.

As it was a joint project of the United States Air Force and Navy, the fate of the XC-142A was sealed after the Navy pulled out of the program. While the Air Force reportedly made plans for a production version, the go-ahead from the Department of Defense (DoD) never came. However, much like the Bell XV-3, it foreshadowed future operational VSTOL transports like the V-22 Osprey.

Of the five prototypes built, the only remaining XC-142A was flown to the National Museum of the United States Air Force in 1970, where it is currently on display.

Peter Suciu is a Michigan-based writer who has contributed to more than four dozen magazines, newspapers and websites. He is the author of several books on military headgear including A Gallery of Military Headdress, which is available on Amazon.com. This article first appeared last year and is being republished due to reader interest.