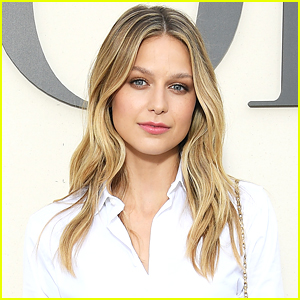 Melissa Benoist will have her schedule filled after Supergirl wraps up for the final season.

Variety just revealed that the 32-year-old actress has launched her own production company and inked a deal with Warner Bros.

“I’ve had a wonderfully supportive home at Warner Bros. for the last six years, and I’m thrilled to have the opportunity to put on a producer’s hat and continue working with them,” Melissa said in a statement.

She continued, “I approach my work as an actor in search of that magic gut feeling you get when you know something is right. I plan on following those instincts as a producer, approaching each story with passion, playfulness, curiosity, a sure-footed step, and like all things worth taking a risk on, a hint of terror. I can’t wait to collaborate with new voices and find stories that hit the heart in that indefinable way.”

It was also revealed that Supergirl, after four seasons, will end with the current fourth season.