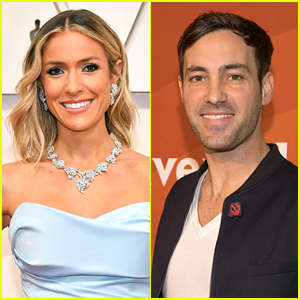 Kristin Cavallari and Jeff Dye aren’t as broken up as we once thought.

The couple were spotted out on a coffee date together in Los Angeles earlier this week, just days ahead of Valentine’s Day.

It was reported that Kristin and Jeff had called it quits on their relationship following her reunion photo with ex-husband, Jay Cutler. However, there seems to be more to the story.

A source explained to E! that Kristin and Jeff are actually not exclusive and that she considers herself single.

“She is single but they are still hanging out. It’s not exclusive. It’s fun,” the source said.

Kristin and Jeff upped their flirting game on social media this month, leaving fun Valentine’s Day messages on their Stories.

“Dear J, You can skip the chocolate this year,” she had written in the fillable Instagram meme. “I want tequila, a beach and [a] secret rose candle at Uncommon James. XOXO, KC.”

In his response, Jeff wrote this: “Dear K, you can skip the distance this year. I want drinks, dancing and you from Uncommon James. XOXO, Jeffy.”

Just before the new year, Kristin and Jeff headed to Mexico for a getaway.

California Has No Need to Doxx Donors