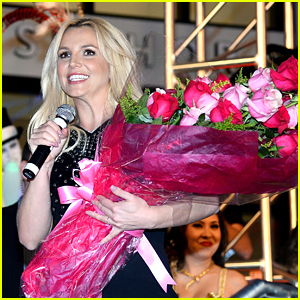 After streaming the Britney Spears documentary, Framing Britney Spears, many fans noticed the significance of the walls of roses.

On the same day it debuted, Twitter users were sharing their thoughts about the connection between the doc and linking it back to her Instagram, and secret project “Project Rose”, which Britney has referenced for a while on her feed.

“I’m shook at project rose Rose Britney Spears literally tied in to Framing Britney Spears without really being a part of it. I have chills,” one fan noted.

However, the directors behind the documentary are putting the conspiracy theories to rest.

“I’ll tell you what happened,” Sam Stark noted to Glamour. “We filmed this entire thing during COVID; in order to be COVID-safe, we had to film outside. If these interviews are going to be outside, I wanted that to be a motivated, stylistic decision. I didn’t want people randomly outside.”

She added that they both “had been looking at Britney’s Instagram a lot, and I noticed Britney loves roses. There are so many posts with pictures of roses and also so many posts of her holding flowers. There’s also this greenery, backyard feel to a lot of her posts. I really wanted the documentary to live in the world of that.”

“I had this rose wall built for the fans, because I was trying to make the amount of roses reflect their relationship to Britney. We did some interviews, and then Britney posted about Project Rose. That is the order of events. That’s what happened.”

Liz Day also noted that it was the only “connection to Britney. I don’t know that we know much more about Project Rose, but are excited to see what Britney wants to reveal about it.”

There have been a few updates since the premiere of Framing Britney Spears. Here’s the latest…

Everything We Know About HousePlant, Seth Rogen’s New Weed Company