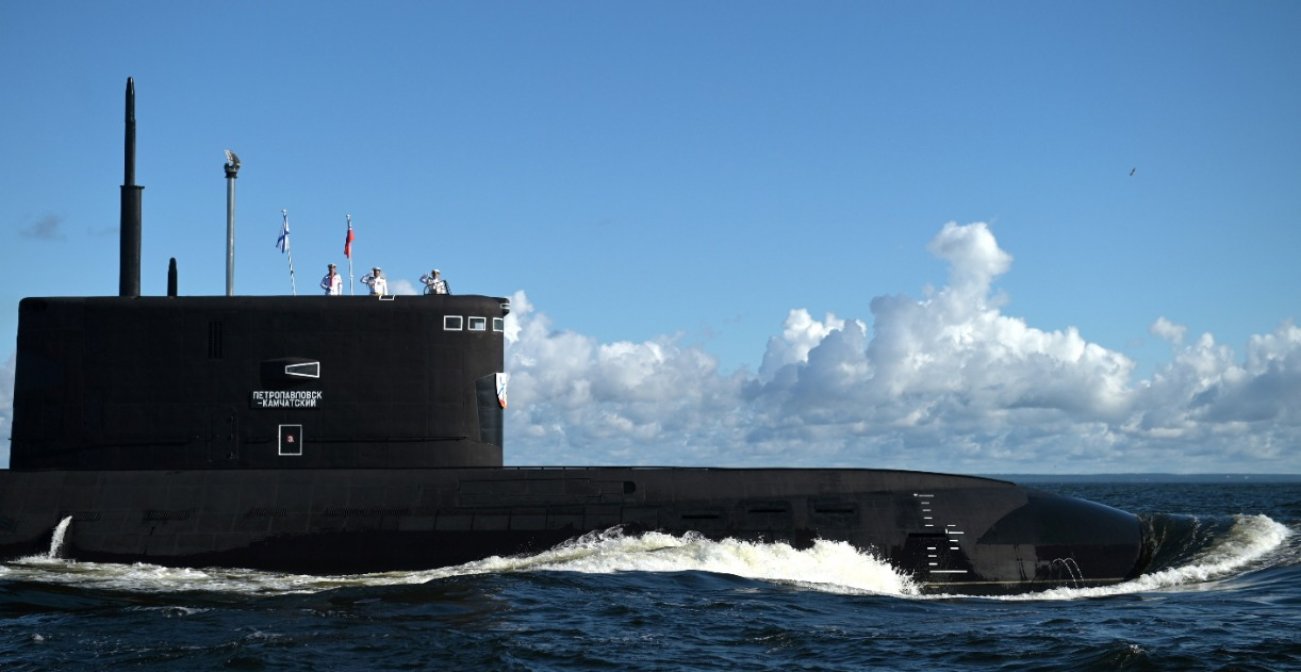 During the dives, the submariners checked the operation of all of the boat’s systems and mechanisms.

Here's What You Need to Remember: The absence of noisy power units, along with a verified streamlined shape and special hydro-acoustic coating of the hull help reduce the acoustic signature. The Russian subs have earned the nickname the ‘Black Hole’ in the West for their stealth.

This month, the crew of the Russian Navy’s Project 877 diesel-electric submarine Dmitrov took part in a deep dive drill in the Baltic Sea. During the dives, the submariners checked the operation of all of the boat’s systems and mechanisms.

“As part of shipboard drills, the crew practiced tasks at various depths with a maximum submergence depth of up to 190 meters,” the Baltic Fleet’s press office said in a statement, according to TASS.

The crew conducted drills that practiced the algorithmic measures that are used to control the vessel at such depths as well as to ascend to the surface. The rescue tug SB-123 provided support for the submarine during the drills, the statement noted. The maximum depth of the Project 877 diesel-electric submarines is 300 meters, and normal operational depth is between 240 and 250 meters.

“At the next stage of its operations at sea, the Dmitrov will conduct torpedo fire against underwater and surface targets, set minefields and practice dodging a Ka-27 anti-submarine warfare helicopter,” the press office added.

Russia’s Project 877 Varshavyanka-class—NATO reporting name Kilo—submarines have been described as the quietest Russian Navy subs in operation. The absence of noisy power units, along with a verified streamlined shape and special hydro-acoustic coating of the hull help reduce the acoustic signature. The Russian subs have earned the nickname the ‘Black Hole’ in the West for their stealth. These Project 877 subs can fight both submarines and surface ships and are designated to protect naval bases, the coastline, and sea lanes.

The original Kilo-class was a product of the Soviet Union, having first entered service with the Soviet Navy forty years ago—in 1980. The Improved-Kilo-Class (also known as the project 636.3 Kilo-class) is the upgraded variant of the original Project 877 Kilo-class design. The updated version is slightly longer in length—the sub’s submerged displacement is around 4,000 tons — and features improved engines, an improved combat system, as well as new noise reduction technology.

The third generation of large diesel-electric submarines was also developed for operations in shallower, coastal waters. Tasked with anti-ship and anti-submarine warfare (ASW), the boats are also armed with 18 torpedoes spread across six torpedo tubes, as well as with Kalibr-PL cruise missiles that are launched from torpedo tubes from the sub’s submerged position. The submarines are also furnished with modern radar and communications systems, sonars and 533-millimeter torpedoes. The Project 877 submarines have an operational range of up to 7,500 miles, and can travel at speeds of up to twenty knots, while they have sea endurance of forty-five days. They carry a crew of fifty-two submariners.

The Dmitrov was launched in April 1986 and entered service with the Soviet Navy in September of that year. It has been in service with the Baltic Fleet since it underwent a major update in 2018.

Peter Suciu is a Michigan-based writer who has contributed to more than four dozen magazines, newspapers and websites. He regularly writes about military small arms, and is the author of several books on military headgear including A Gallery of Military Headdress, which is available on Amazon.com. This article first appeared last year.

Warriors interested in trade for two-time All-Star guard, per report