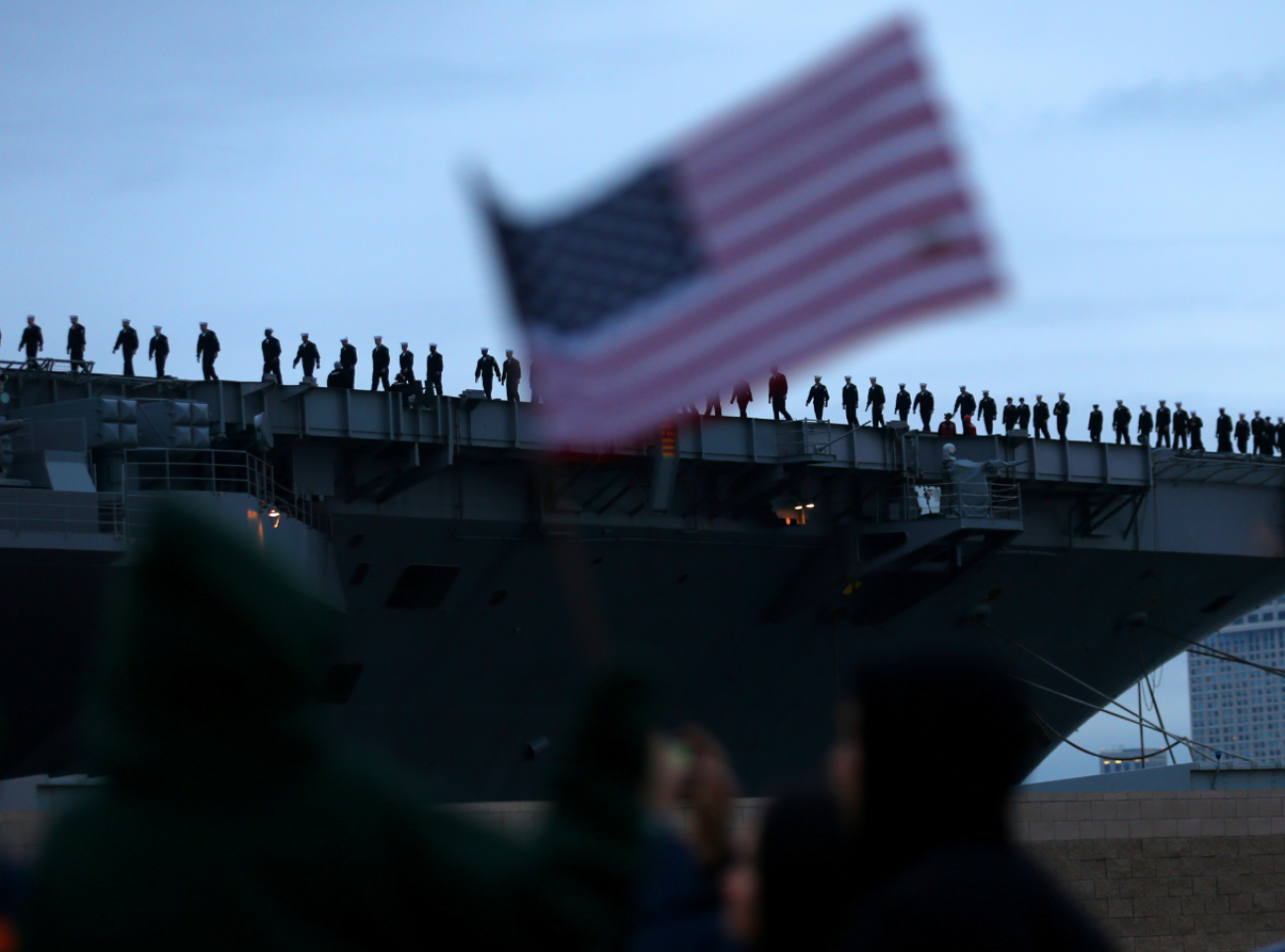 Soviet documents from the 60s show that the USSR was cognizent of the difficulty it would have in trying to sink America's carrier fleets.

Here's What You Need to Remember: The ocean is still a big place, and ships can still cover a fair distance in the time it takes for a land-based ballistic missile to be launched and to reach the target area. Missile guidance systems are better, but they still can home in on the wrong target. And, anti-missile defenses have improved, with U.S. Aegis warships able to shoot down ballistic missiles.

Crazy idea or workable? You decide.

China's development of anti-ship ballistic missiles has raised fears that U.S. aircraft carriers are in mortal danger. By using converted intermediate-range ballistic missiles, originally designed to carry nuclear warheads to destroy cities, China might sink U.S. carriers from 1,000 or even 2,000 miles away.

Yet the Soviets had the same idea back in 1962—and concluded it wasn't feasible, according a trove of recently declassified CIA translations of Soviet professional military journals. One of the documents is a 1962 article, titled “Reconnaissance Indications of Preparation for a Surprise Attack by US Naval Carrier Strike Large Units,” by a Soviet Navy Captain First Rank (Reserve) named V. Anufriyev.

The article reflected Soviet fears that the Americans could and would use their carriers, stationed off the Soviet Union’s vast coastal periphery, to launch a surprise nuclear strike. It listed numerous warning signs that the Americans were about to attack, such as a mass departure of carriers from their home ports.

But the article also discussed the strengths and weaknesses of aircraft carriers. And what's most interesting is Anufriyev's take on sinking carriers with ballistic missiles:

Modern aircraft carriers are almost invulnerable to long-range surface-to-ship ballistic missiles, since the majority of these ships are constantly at sea and can maneuver secretly in widely dispersed cruising and battle formations. Moreover, it is extremely difficult to distinguish aircraft carriers from numerous large combat ships and auxiliary and merchant ships by means of long-range radar. When reconnaissance aircraft and submarines detect aircraft carriers, they are able to determine their position, but in such an approximate manner that it is useless to deliver ballistic missile strikes against them.

Though spy satellites had debuted by the late 1950s, Anufriyev was also skeptical that they would solve the problem of targeting a relatively small ship in a big ocean:

Nor can a man-made Earth satellite with special equipment solve this problem, since from the moment it sends a signal giving the exact coordinates of any one aircraft carrier a certain amount of time will be needed for the launch preparation of missiles and for their flight to the given location. During this period the aircraft carrier will have succeeded in moving far outside the danger zone (the largest radius of the danger zone with an underwater missile burst equivalent to one million tons of TNT is determined by the Americans as no greater than five miles), and the launching of many tens of missiles will be required in order to cover the area of the probable location of the aircraft carrier.

Note that Anufriyev assumed that even armed with a nuclear warhead, a ballistic missile aimed at a carrier would be ineffective unless many missiles were launched. His conclusion? “Only submarines and aircraft can present a basic threat to the aircraft carriers.”

Is this analysis still valid fifty-five years later? Long-range sensors and missile guidance systems have vastly improved since 1962. Spy satellites no longer send back their information in parachute-equipped capsules retrieved in mid-air, but instead transmit targeting data to missile batteries instantly. It’s harder now for a ship to remain undetected at sea.

The ocean is still a big place, and ships can still cover a fair distance in the time it takes for a land-based ballistic missile to be launched and to reach the target area. Missile guidance systems are better, but they still can home in on the wrong target. And, anti-missile defenses have improved, with U.S. Aegis warships able to shoot down ballistic missiles.

Which absolutely does not mean that anti-ship ballistic missiles are not, or can’t become, a huge threat to carriers in the twenty-first century. But a half-century later, some of their limitations haven’t changed.

Michael Peck is a contributing writer for the National Interest. He can be found on Twitter and Facebook. This article was first published a few years ago.

No Surprise: The Air Force Wants More Bombers, But Does It Need Them?