In our series, Behind the Player in association with Deloitte, Ulster’s Women players share a little bit about themselves and their rugby careers.

Tell us a little about your rugby pathway to date.

I started playing rugby quite late at the age of 19. I was working in a nursing home at the time and my colleague, Claire told me about women’s rugby. I don’t come from a rugby background; nobody from my family played it and I didn’t know much about it! At school, I just played hockey really. In 2007, I took a leap of faith and went to a training session at City of Armagh Rugby Club and got the rugby bug! I remember the first session and loved it so much; all the skills and things that you could do. I went out the next day and bought loads of kit! I was finishing my A-Levels at school and was thinking about what career I wanted to go into. I was thinking about management and found a Sports Management and Rugby Studies course! I thought, “why not?”.

I went to Buckinghamshire New University and part of the course was affiliated with London Wasps. That involved coaching in the community and local schools. I joined Wasps women and took the tube to train and play. I played for two seasons there and really enjoyed it under Chris Garvey. There were lots of opportunities there; the pathway was fantastic. I didn’t realise how big women’s rugby was there. I ended up as captain of my university team and was selected for Buckinghamshire County. There was a regionals programme which I volunteered for – that was a higher level of playing as well so that was a brilliant experience.

After university, I came home and joined Belfast Harlequins. We had a fantastic coach there in Nathan Moore. I played there for a couple of seasons before joining Cooke where I am now.

Who have been the main influences on your rugby career?

My team-mates, definitely. I watched my colleague and team-mate Claire and wanted to copy her. Her passion really engaged me. There were other girls at City of Armagh like Cheryl Wilson (McWilliams) who were an influence on me. Stanley Hamilton, the coach was so good with me being new. The coaches took the time and had real patience with me. They told me to just throw myself into it.

More recently, my Cooke team-mates and my previous coach, Grace Davitt have been huge influences. The way she played with her footwork and rucking was incredible. I wanted to be able to emulate her. I loved the training sessions because I learned so much. The enthusiasm from my team-mates really kept me going. My current coaches, Kevin Simpson and Daniel Allen are very supportive, particularly over the last year. They always keep in touch and I’ve learned so much from them. They really motivate me to give my all.

Paul Heasley, the Ulster women’s Strength and Conditioning coach really helped me improve my fitness as I hadn’t really done much gym work before. The coaching setup at Ulster is fantastic. The Athletic Player Development Programme with Barry Willis at Ulster Rugby played a big part in my development as well.

What barriers have you had to overcome to reach this point?

For me, it’s been the travel. I live in Armagh and I work full-time too. It’s sometimes difficult to manage; it takes an hour to go to training and an hour to get home. You just plough on though and you have to manage your time well to get what you want out of rugby.

Injuries have proven to be a barrier at times as well. I broke my nose in 2018 (although I was still smiling after the game!), then when I got back, I went to a Sevens tournament, I sustained a serious concussion. It was tough trying to get back; it knocked me off my feet for a while. I came back and got injured again with neck and back problems and then got a secondary concussion. Now I’ve been off for nearly a year, I feel like a new person. I’ve had enough rest! I was watching the Six Nations last weekend and watching the players, I felt like I was on the pitch with them! I’m just itching to get back.

What have you been up to in the last few months?

I’m a healthcare assistant and I worked on the COVID ward at the local hospital. It was really busy with 13-hour shifts. I had to take some time off as it was getting hard to cope. Sometimes you can just get overwhelmed with everything going on. I’ve had great support from my family, my GP, my colleagues and my manager, and I went back a few weeks ago and back into the swing of things. It keeps you busy and on your days off, you just relax to get yourself ready for the next shift.

My partner and I have been doing a body project which is low-impact exercise. The two of us do our workouts in the living room. It’s just baby steps for now before moving on to the weights. I got a cross-trainer which I’ve been using as well for extra cardio. I’m trying to work on my weaknesses to get myself back in the right way. 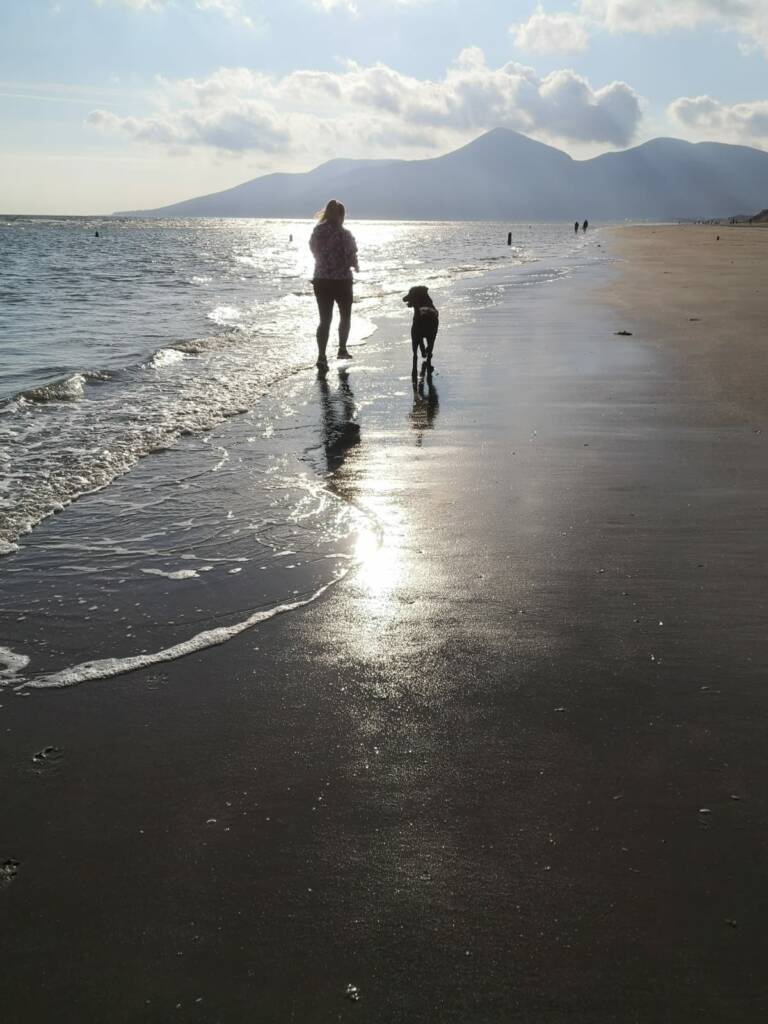 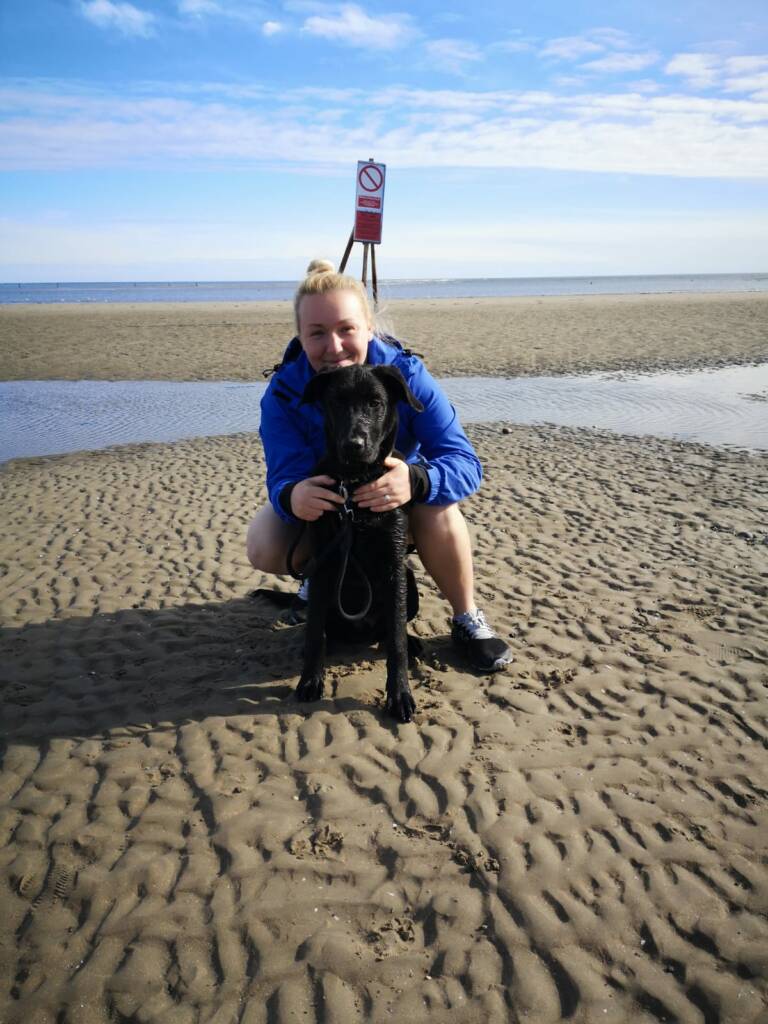 How do you stay motivated?

I set myself goals. For example, watching my water intake to make sure I’m drinking enough each day. I would try to do food prep to make sure I’m eating properly with long shifts in work. Around match days, I need to make sure I’m fuelling myself enough. There were times I didn’t eat enough and had to take sugary drinks to play. It’s important to manage your time to prepare food in advance. You just need to be sensible and organised.

What do you do to relax?

I love to sing! When I get a moment, I put on the karaoke and sing – I’m sure my neighbours love me(!) I’ve learned to take some “me” time recently; just chill and watch Netflix, switch off and take time out. I love cooking from scratch and inventing new things – sometimes it works, sometimes it doesn’t!

Have you got any streaming or book recommendations?

I’ve been watching ‘The Crown’ recently, I really enjoy it. I absolutely love ‘Married at First Sight’ on Channel 4. I look forward to watching it when I’m not at work. I’m not much of a reader but I do daily affirmations when I’m in work. I have a pocket of cards and I pull one out every day at work to give me a bit of motivation.

What has been the best advice you’ve received?

What have been your proudest moments in rugby?

Do you have a pre-match song you always listen to?

Usually, the girls in the team have the beats going in the changing rooms. “Eye of the Tiger” would be one tune we listen to! When we’re all singing in the changing rooms and getting motivated, I like that. It’s not so much about listening to a certain song, but it’s more about being in among everyone and having fun before the game.

What are your rugby aspirations?

I would love to have a good Inter-Pro series injury-free and represent Ulster again. I’d like to get a full AIL season with Cooke as well. I just want to get back playing rugby again with my team-mates!

The post Behind the Player: Lesley Megarity appeared first on Ulster Rugby.

The Inside Scoop on Russia's Sixth-Generation Fighter Jet