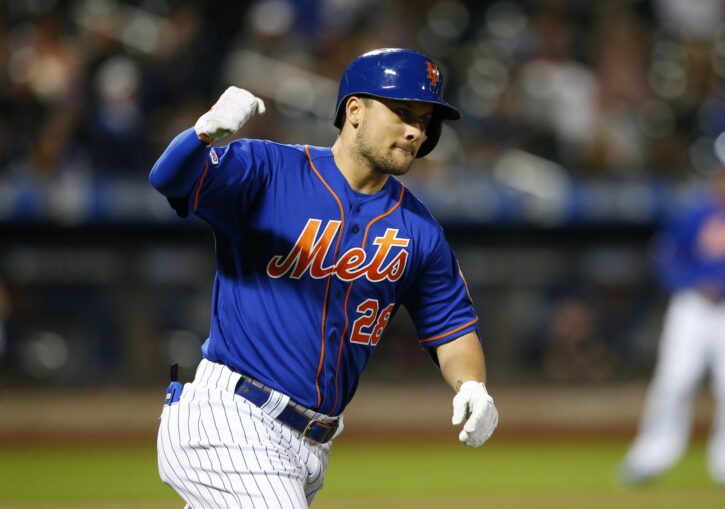 New York Mets acting general manager, Zack Scott, talked with reporters on Friday just days before the team reports to Spring Training. He gave mixed signals about the organization’s confidence in J.D. Davis heading into his third season with the organization.

As MMO’s Jack Ramsey noted on Twitter, phrasing is everything. Scott didn’t say the Mets were fully comfortable with Davis as the club’s starting third baseman. All he said was they’re confident he can play an important role on the team.

What role is he referring to? Perhaps it is coming off the bench against left-handed pitchers. The only reason why he wouldn’t be starting at the hot corner is if a trade were to occur. The Mets have reportedly had recent trade conversations with the Chicago Cubs about Kris Bryant, the Cincinnati Reds about Eugenio Suarez, and the Oakland Athletics about Matt Chapman.

The problem for New York and for any potential trade suitor is his defense — Davis has totaled -17 Defensive Runs Saved at third base over the last two seasons. This will likely be a problem if there’s no improvement considering that Alonso, Dominic Smith (in the outfield), and Brandon Nimmo also aren’t highly-rated defenders, either.

'Too bad -- this is accountability': MAGA rioter who whined about unfairness mocked by CNN legal analyst

Why is the royal family known as The Firm?