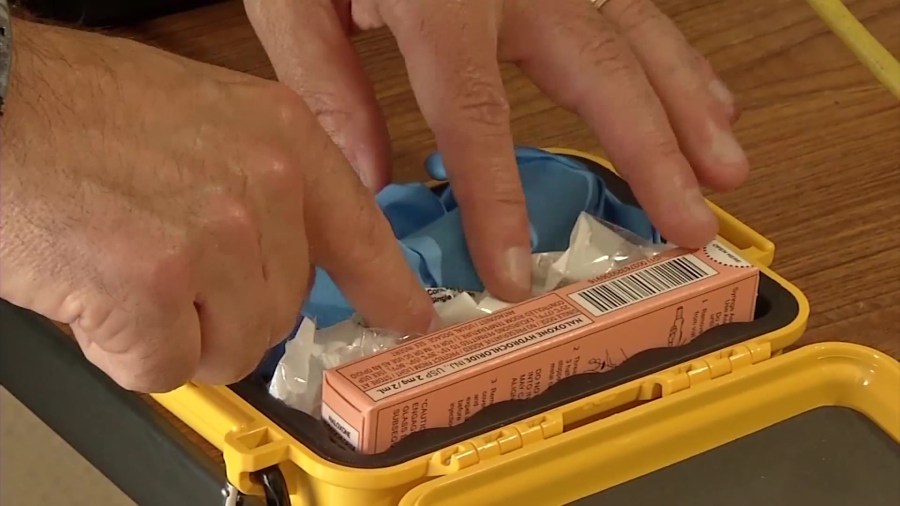 COLUMBUS (WCMH) -- The Franklin County Coroner is sounding the alarm, after seeing a spike in overdose deaths in 2020. Overdoses deaths increased 45 percent compared to 2019.

These are concerning numbers and one that is painful for many in the recovery community to see.

One man spoke to NBC 4's Karina Cheung about witnessing overdoses during the pandemic and says that's what brought him back into recovery.

Matthew Ward says losing his job during the pandemic is what triggered him and led him back to addiction.

"It was a moment where I knew I had to come get help," he explained. "It was either that or prison or dead."

And it's also what brought him back to recovery.

"It was a simple fact," said Ward. "I had a couple close friends who overdosed and died, so for me to witness that was one of the striking things for me. It was, I gotta get it together or I’ll easily become one of the statistics."

Statistics from 2020 are now being released by the Franklin County Coroner in a preliminary report.

The report says for both years, Fentanyl and cocaine were top two drugs that resulted in the majority of overdoses.

"Narcan is another example of why being alone is so dangerous because a lot of people have had narcan administered to them. I’ve administered Narcan but the only reason I knew to administer it is that person wasn’t alone," said Austin Hill.

He's with Refuge Ministries and says the pandemic has made addiction outreach more difficult.

Isolation and loneliness are circumstances where people feel even more lost.

Hill says you have to stay connected with loved ones.

"Calling and facetime there’s plenty of ways we as a community can work together rebut education ourselves and being just humble to know that maybe I don’t have all the answers, but I would love to learn more about it to help those I care about."

Ward has been sobering since May of 2020.

Now, he's working within Refuge Ministries to help other people get back on their feet.

Accountability is key we practice that here all the time just make sure you’re doing the right thing and have that right surrounding behind you."

For help visit these organizations:

Jaclyn Hill has a history of messy makeup launches, but her highlighters have become staples of my beauty routine