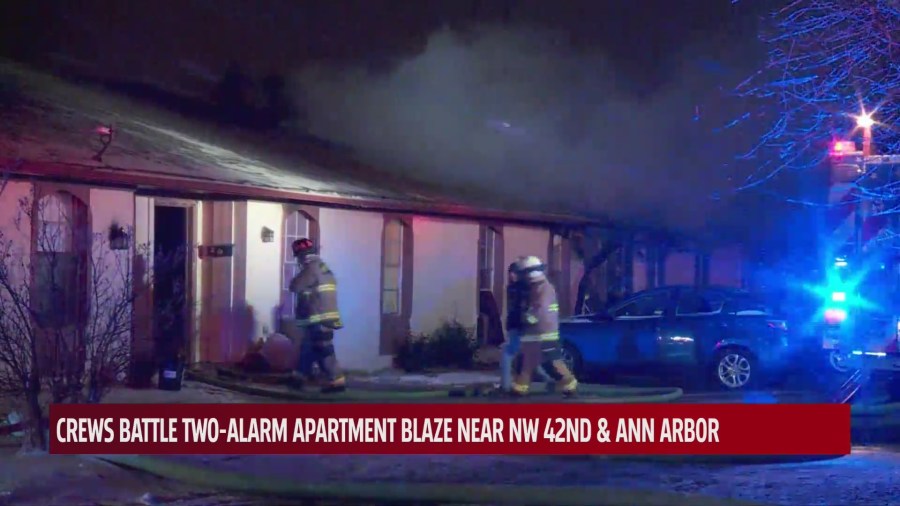 WARR ACRES, Okla. (KFOR) – Firefighters are battling a blaze that is burning in multiple apartments at a Warr Acres apartment complex.

The apartment complex is in the 5300 block of Northwest 42nd Street. A community member at the scene contacted KFOR and identified the complex as Amberwood Apartments.

Fire officials contacted emergency dispatch and requested an EMSA ambulance be sent to the scene.

Firefighters attacked the blaze from outside but have since moved inside the building to fight the flames.

Cornelious said the fire ignited when a resident forgot to turn a stove off after cooking.

Local resident Chelsea Kennedy shared the following video she took of the fire:

This is a developing situation and more information will soon be provided.

‘Be ready in June’: Chimaev targets rival for comeback as he thanks UFC for ‘first-class’ Covid treatment

No Video This Week! Snowed In