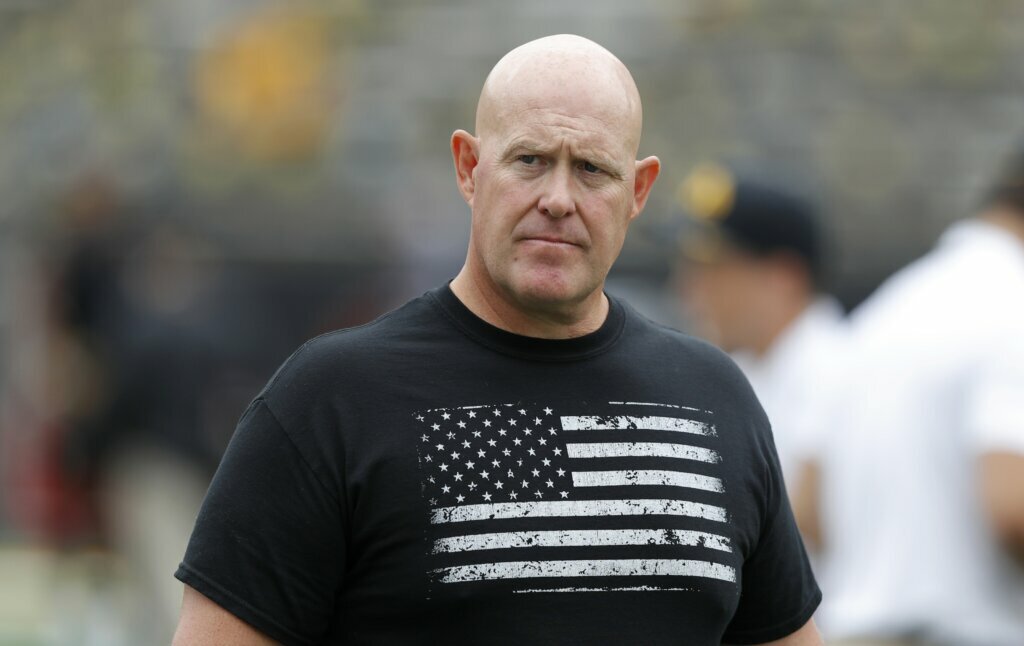 “Chris did not want to be a distraction to what we are building in Jacksonville,” Meyer said in a statement. “We are responsible for all aspects of our program and, in retrospect, should have given greater consideration to how his appointment may have affected all involved. We wish him the best as he moves forward in his career.”

The Fritz Pollard Alliance, whose mission is to increase diversity in the NFL, ripped Jacksonville’s leadership, specifically Meyer, and said racist allegations at Iowa should have disqualified Doyle as a coaching candidate.

“At a time when the NFL has failed to solve its problem with racial hiring practices, it is simply unacceptable to welcome Chris Doyle into the ranks of NFL coaches,” the alliance said in a statement Friday. “Doyle’s departure from the University of Iowa reflected a tenure riddled with poor judgment and mistreatment of Black players. His conduct should be as disqualifying for the NFL as it was for University of Iowa.

“Urban Meyer’s statement, `I’ve known Chris for close to 20 years,′ reflects the good ol’ boy network that is precisely the reason there is such a disparity in employment opportunities for Black coaches.”

Meyer defended the hiring of Doyle on Thursday, saying he “vetted him thoroughly along with our general manager and owner.”

Iowa agreed to pay Doyle $1.1 million in a resignation agreement last June after more than a dozen former players said he bullied and discriminated against them. Doyle denied the allegations. An investigation by an outside law firm later found that the program’s rules “perpetuated racial and culture biases and diminished the value of cultural diversity,” and allowed coaches to demean players without consequence.

A lawyer for 13 Black ex-Iowa football players has filed a lawsuit alleging his clients suffered racial discrimination under longtime coach Kirk Ferentz. Doyle is among the defendants.

“I feel great about the hire, about his expertise at that position,” Meyer said. “I vet everyone on our staff, and like I said, the relationship goes back close to 20 years and a lot of hard questions asked, a lot of vetting involved with all our staff. We did a very good job vetting that one.”

Meyer added that owner Shad Khan was involved with all of the “high-end hires,” including Doyle.

“I know the person for close to 20 years and I can assure them there will be nothing of any sort in the Jaguar facility,” Meyer said.

An investigation turned up “a pattern of troubling behavior by Zach Smith: promiscuous and embarrassing sexual behavior, drug abuse, truancy, dishonesty, financial irresponsibility, a possible NCAA violation, and a lengthy police investigation into allegations of criminal domestic violence and cybercrimes,” according to summary investigative findings released by the university.

Meyer knew about at least some of the issues and did little, if anything, before finally firing Smith after his wife asked a judge for a protective order.

Khan, the NFL’s lone minority owner who has be the victim of racism, has an impeccable track record in regards to gender and racial diversity. He stood arm-in-arm with his players in London after President Donald Trump ripped national anthem protesters and he wrote an op-ed piece urging change in the wake of George Floyd’s death while in police custody.