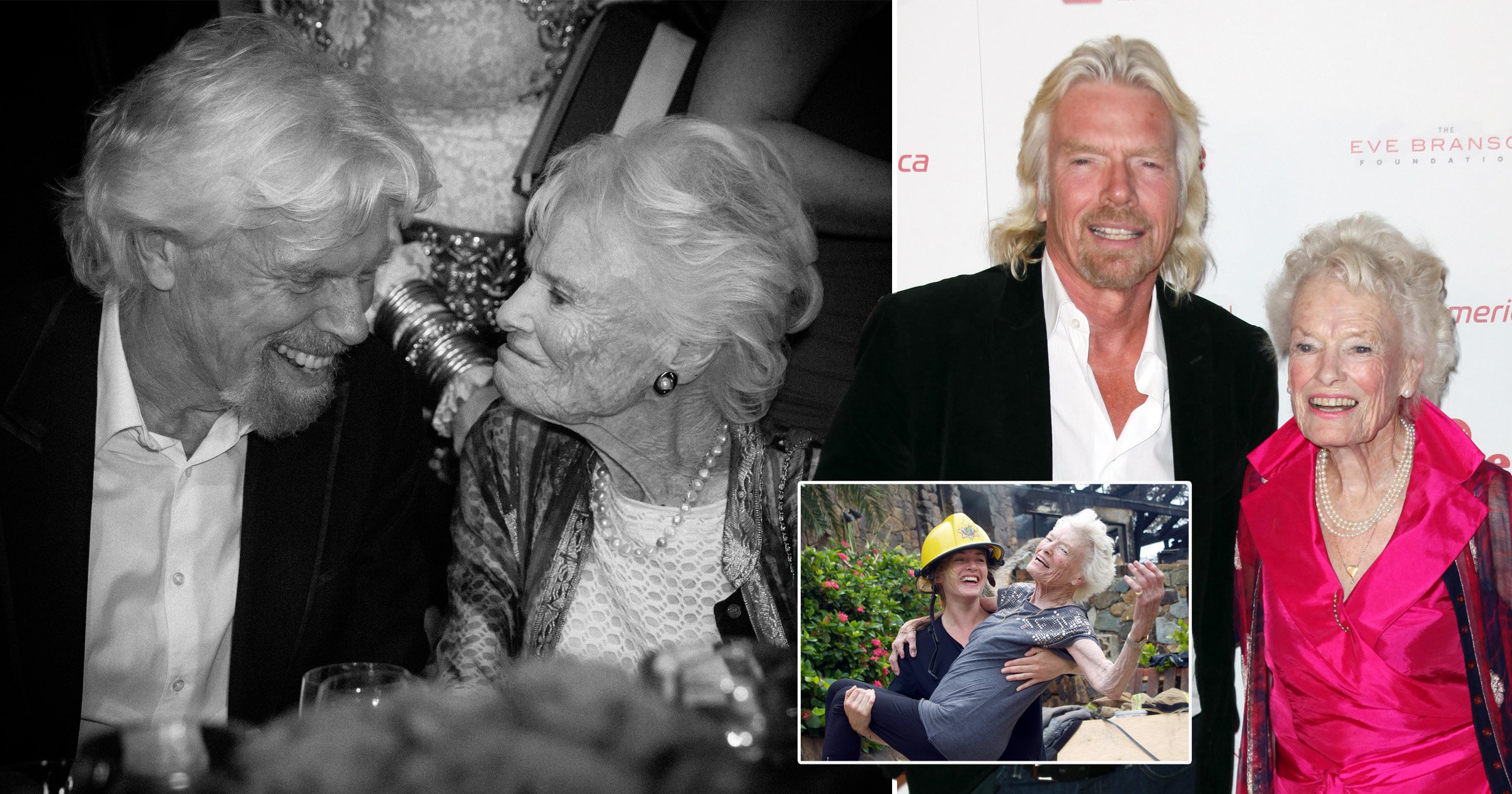 The Virgin Group founder confirmed the news today by sharing a blog he’d written in celebration of his mum’s life. Tweeting the piece, he said: ‘I’m sorry to share that, sadly like a lot of people’s mums and dads right now in these days of Covid, my mum Eve has also passed away.

‘Rather than mourn her loss, I wanted to celebrate her wonderful life and the joy she brought to so many.’

Further detailing Eve’s battle with the Covid, Sir Richard described how his mother had ‘held on for one last victory, managing to fight off the virus, but expended all of her energy in the process’.

He said she had died in the company of his sister Vanessa, nephew Louis, and the ‘wonderful nurses who she entertained with tales from her life’.

He added: ‘Mum was 96-years-old, but had the same enthusiasm and energy she had when I was a boy. As for so many of us in these days of Covid, it feels so strange that the person who has always been there for us, with such zest for life, is gone.’

Eve was born on July 12 1924, in Edmonton, Middlesex, and went on to take glider lessons while disguised as a boy, before enlisting in the Women’s Royal Naval Service during the Second World War.

After the war, she toured Germany as a ballet dancer, acted on the West End stage and worked as an airline hostess for British South American Airways. She married Edward James Branson in 1949.

Sir Richard said: ‘When I was growing up she was always working a project; she was inventive, fearless, relentless – an entrepreneur before the word existed.

‘It is no exaggeration to say I owe my career to mum. One day in the late Sixties mum saw a necklace lying on the road near Shamley Green and took it to the police station.

‘After three months nobody had claimed it so the police told her she could keep it. She came up to London, sold the necklace and gave me the money. Without that £100, I could never have started Virgin.’

Sir Richard said one of Eve’s ‘most brilliant legacies’ was The Eve Branson Foundation, which she created to improve the lives of women and young girls in the Atlas Mountains, by providing them with access to education and health care.

She leaves behind three children, 11 grandchildren and 10 great-grandchildren. Her husband Edward died in 2011.

In a statement, the Eve Branson Foundation said: ‘We are very sad to share that our beloved founder, Eve Branson, has passed away. Eve inspired and supported Atlas Mountain communities, right to the end of her life.’

After Three Decades, Navy SEALs are Replacing the P226 Pistol with Glocks

What the Western Media Gets Wrong About Islam