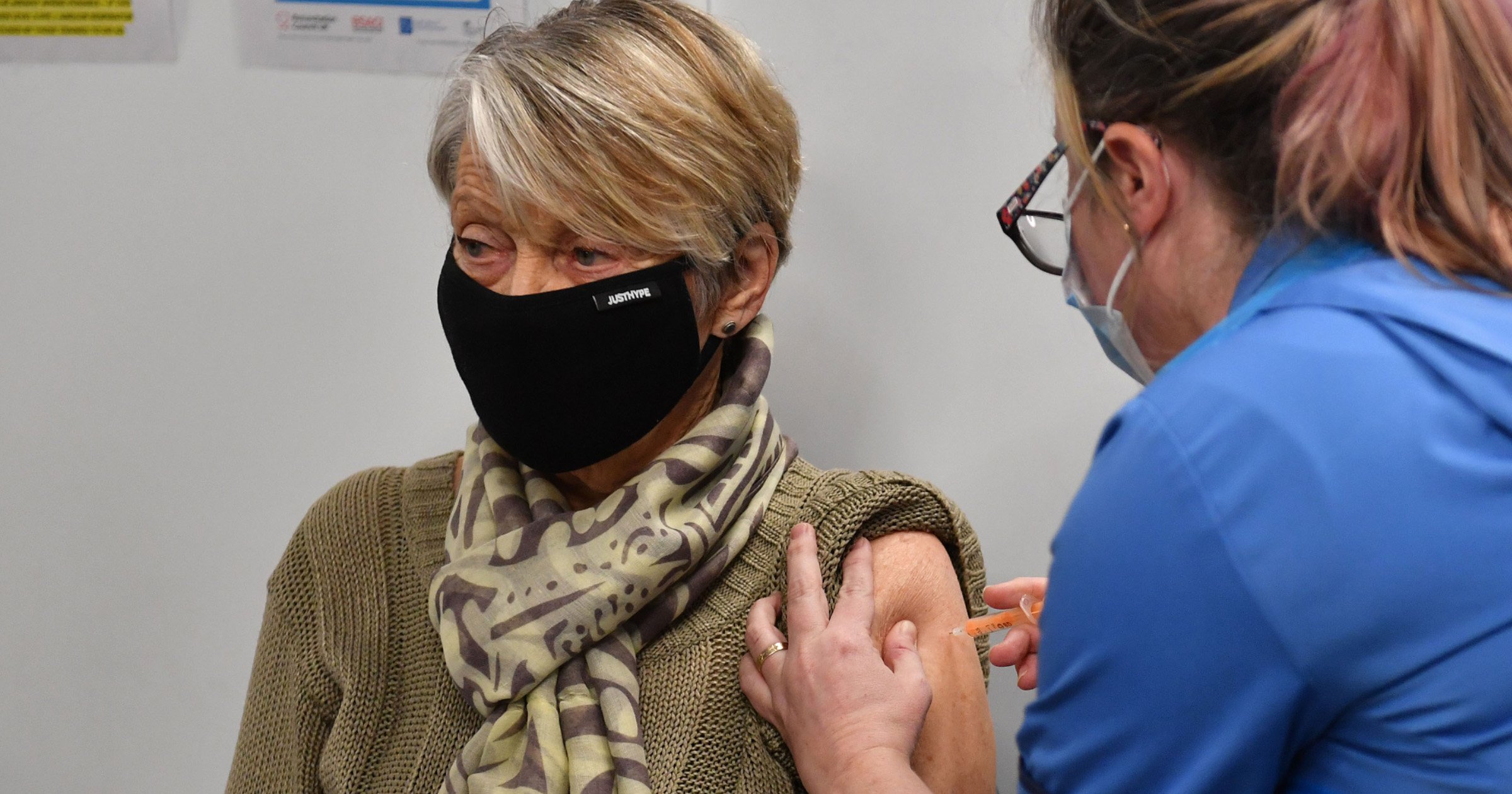 Around 2.4 million coronavirus jabs have now been administered, the Government has confirmed.

Prime Minister Boris Johnson said that about two million people have been vaccinated – with some receiving a second dose.

Vaccine deployment minister Nadhim Zahawi hailed the latest statistics on Monday, with the UK now set to publish daily updates on the total number of people vaccinated. It comes as the country opened seven vaccination ‘superhubs’ across England, in an effort to ‘offer’ 15 million people a jab by mid-February.

Health Secretary Matt Hancock is due to give a press conference this afternoon to update the country on the progress of the vaccination rollout.

During a visit to a vaccine centre in Ashton Gate stadium, Bristol, PM Mr Johnson told reporters: ‘As I speak to you today we’ve done about two million people, maybe a bit more.

‘We’re at about 2.4 million jabs all in across the whole of the UK.’

Britain has approved both the Oxford and the Pfizer jab, while the recently-approved Moderna vaccine is not due to arrive until the spring.

Mr Johnson, who has been accused throughout the pandemic of over-promising, has said vaccinating the 15 million people in the top four priority groups by mid-February is a ‘massively stretching’ but ‘achievable target’.

During a visit to a vaccine centre in Bristol, the PM told reporters: ‘We cannot be complacent. The worst thing now would be for us to allow the success in rolling out a vaccine programme to breed any kind of complacency about the state of the pandemic.’

Asked about the target, he said: ‘There’s no doubt that it’s a massively stretching target.

‘Today, I think I can confirm that we’ve done roughly 40% of the 80-year-olds in this country already.

‘We’ve done about 23% of the elderly residents of care homes.’

Meanwhile, Wales’ health minister Vaughan Gething has said there is a ‘very real sense of urgency’ in delivering Covid-19 vaccinations in Wales.

‘This is a race against the virus, the damage that is being done,’ Mr Gething said.

‘The faster we can vaccinate people in those priority groups, the more we’ll be able to do to protect those people from harm, the sooner we’re able to make choices about releasing some of the restrictions that we’re all having to live through.

Bus drivers 'worked with Covid while battling for sick pay'

How to protect your finances during the latest lockdown

‘I just don’t want there to be any confusion or a sense that actually there’s a lack of urgency when obviously there’s a very real sense of urgency here within the Government, and indeed our NHS who are delivering this vaccination programme.’

Mr Gething said that up until the new year, the Welsh Government had to ‘keep back’ half of its stores of the Pfizer/BioNTech vaccine to ‘protect the second dose’.

The advice then changed, with the interval between the two doses extended.