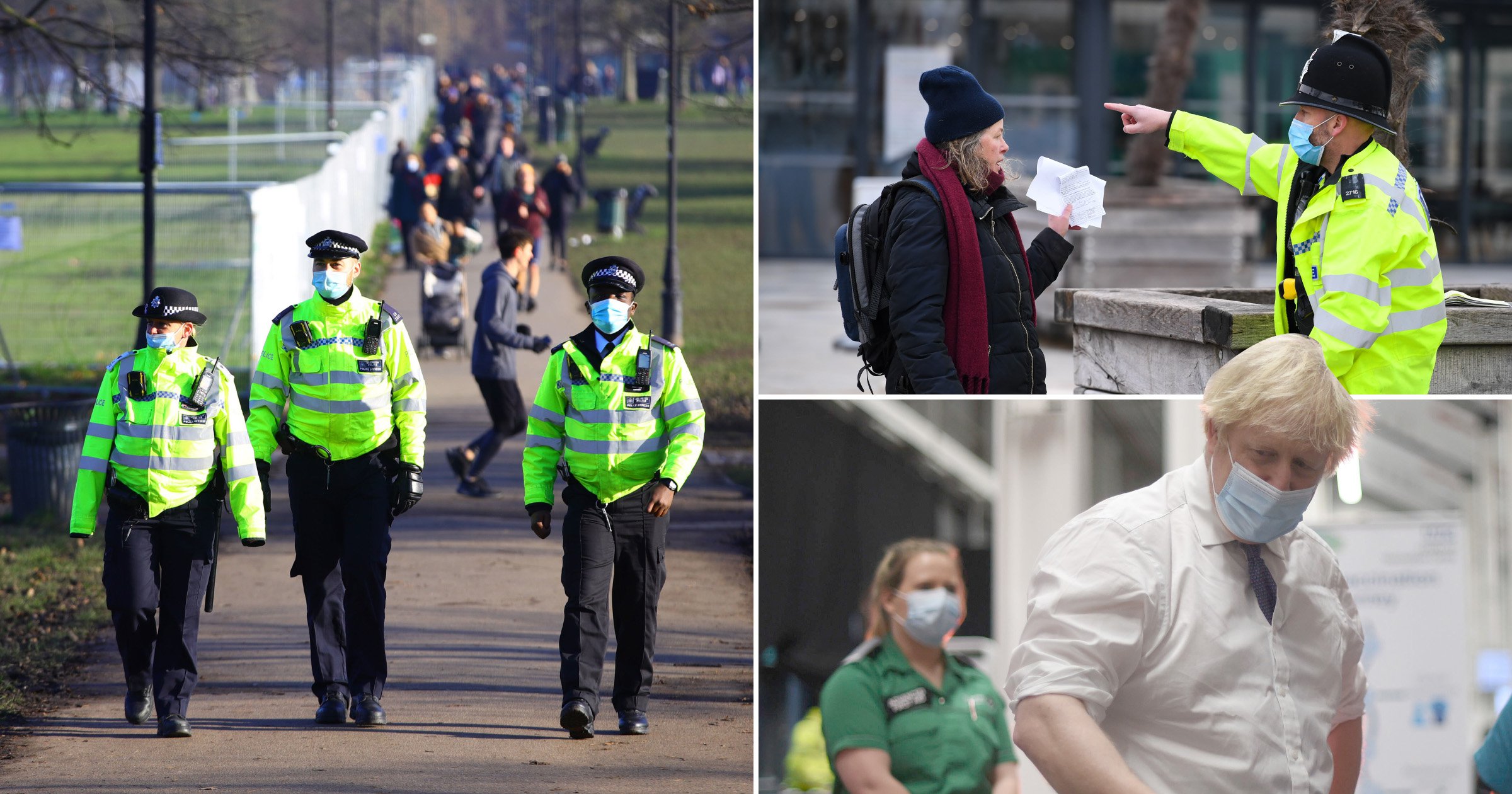 Boris Johnson has warned that tougher lockdown measures may be needed ‘if we feel that things are not being properly observed’.

The Prime Minister said ‘now is the moment for maximum vigilance’ as the UK approaches the peak of the current coronavirus wave.

Mr Johnson suggested it would be ‘far, far better for people to obey the rules that we have than simply to promulgate new rules’ and urged the public not to let any ‘degree of false confidence, false complacency’ set in when it comes to adhering to them.

It comes as Professor Chris Whitty warned the UK has not yet hit the peak of the current wave of Covid-19 infections, with the next few weeks being ‘the worst’ of the pandemic for the NHS.

The PM told reporters: ‘I think what Chris Whitty had to say this morning was absolutely right. This is a very perilous moment because everybody can sense that the vaccine is coming in and they can see that the UK is vaccinating large numbers of those that need it most.

‘My worry is, and Chris’s worry is, that this is the moment when that degree of false confidence, false complacency, and that when you look at what has happened in the NHS that complacency is not merited.

‘More important than us just pushing out new rules, people have got to follow the guidance.’

Mr Johnson said the rules will be kept ‘under constant review’, adding: ‘Where we have to tighten them, we will.

‘We have rules in place already which, if they are properly followed, we believe can make a huge, huge difference.

‘It’s now that people need to focus… when they’re out shopping, whether they’re buying cups of coffee in the park or whatever it happens to be, they need to think about spreading the disease.’

He went on: ‘We need to enforce the rules in supermarkets. When people are getting takeaway drinks, in cafes, then they need to avoid spreading the disease there, avoid mingling too much.

‘Now is the moment for maximum vigilance, maximum observance of the rules.

‘Of course, if we feel that things are not being properly observed then we may have to do more.’

During a visit to a vaccine centre in Ashton Gate Stadium, Bristol, Mr Johnson revealed that about two million people have been vaccinated with around 2.4 million jabs across the UK.

He said that vaccinations are ‘a race against time’ with the scale of the threat on the NHS, which he said includes a shortage of oxygen in some places.

Mr Johnson hailed progress in the vaccination of elderly citizens and added: ‘It’s a race against time because we can all see the threat that our NHS faces the pressure, it’s under the demand in intensive care units, the pressure on ventilated beds, even a shortage of oxygen in some places.

‘We’ve got to focus on what we all need to do together to bear down on the disease.’

Bus drivers 'worked with Covid while battling for sick pay'

How to protect your finances during the latest lockdown

Among those calling for tougher lockdown rules is Labour leader Sir Keir Starmer, who told reporters the country is ‘at the most serious stage’ of the pandemic ‘and that calls for the most serious restrictions’.

Sir Keir said: ‘There probably is more that we could do.

‘An example is the question of whether nurseries should be open.’