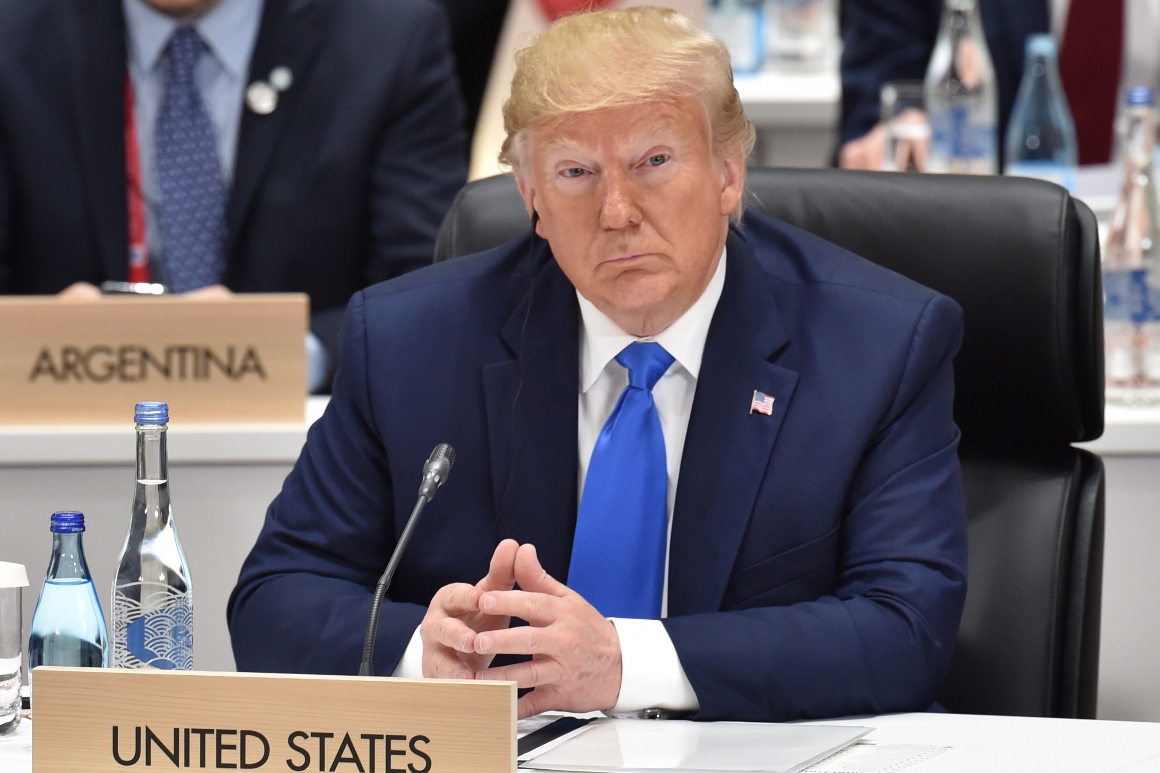 The U.S. Trade Representative announced in recent weeks new tariffs on European alcohol, on top of $1.3 billion in duties on French consumer goods that, for now, have been delayed. The agency could impose new tariffs on Vietnam before it leaves office, and that’s all added to the $350 billion worth of duties President Donald Trump has placed on China.

Foreign governments and domestic firms stung by those tariffs are pushing Biden to lift the most punishing duties as soon as he enters office, including ones on steel, aluminum and Chinese goods used in U.S. manufacturing. Doing so would help restore trust with allies burned by Trump and jump-start an economy struggling to recover from the pandemic, they say.

But rolling back duties on China would ignite Republican criticism that Biden is soft on China, which has grown more aggressive on the world stage despite Trump’s tariffs and taunts. Reducing tariffs on any nation is sure to spark ire from segments of U.S. industry that have benefited from protection, like steelmakers and unions in pivotal Midwest swing states.

The lingering bitterness over the tariffs that Trump has placed on allies, particularly in Europe, threatens to derail Biden’s central foreign policy goal — to work with those nations to contain China’s global influence. But so far, Biden’s message is that the world will have to wait for any resolution.

The president-elect and his team have repeatedly said any new trade talks won’t start until he secures more domestic economic stimulus. They’ve promised to study the trade relationship with Beijing before lifting any tariffs. Biden has also committed to launch a supply chain review for medical gear and other critical products to determine which should be pulled out of China.


Trade veterans say Biden’s pick for U.S. trade representative, Katherine Tai, is one of the few figures who may be able to chart a path between all the competing interests, as she is respected by industry, labor and foreign trading partners.

But at the same time, they are skeptical she and Biden can put trade issues on pause.

“I think the Biden administration is not going to move fast on those tariffs, and that is just smart politics,” said Brian Pomper, co-chair of the public law and policy group at Akin Gump and a former trade staffer for Democrats on the Senate Finance Committee. “Any move on China that isn’t an escalation will be attacked by Republicans as being weak on China.

“But the truth of the matter,” he added, “is there are going to be some trade issues they are going to have to address either because of the calendar or because trading partners are going to insist that we respond.”

China’s not just a U.S. adversary; it’s also America’s second largest trading partner, and the interdependence of the two is next to impossible to unshackle.

Trump put pressure on Beijing through aggressive rhetoric, import restrictions, and tariffs on steel, aluminum and a variety of goods. But throughout his term, Beijing only asserted itself more in foreign policy, taking a more aggressive stance in the South China Sea, expanding its Belt and Road Initiative to finance foreign infrastructure projects, and signing a regional trade deal with 14 Asia-Pacific nations that includes U.S. allies like Australia, Japan and South Korea.

Biden’s representatives say they will be more successful confronting the ruling Communist Party because they will trash Trump’s go-it-alone agenda in favor of coordinated action with the EU and others.

The aim is to unite a global bloc of market-based economies to influence Beijing’s behavior and even solve long-standing trade issues, like Chinese overproduction of steel, by getting many other nations to increase tariffs. By also reengaging in global governance groups like the U.N. and World Trade Organization that Trump spurned, they hope to keep more nations from falling into China’s orbit.

But such moves carry political risk. When Trump entered office, he pulled the U.S. out of the Trans-Pacific Partnership, a regional trade deal the Obama administration negotiated. Starting talks on a similar deal could reignite the domestic backlash that doomed TPP, while sitting out could allow Beijing to further shape regional trade rules. 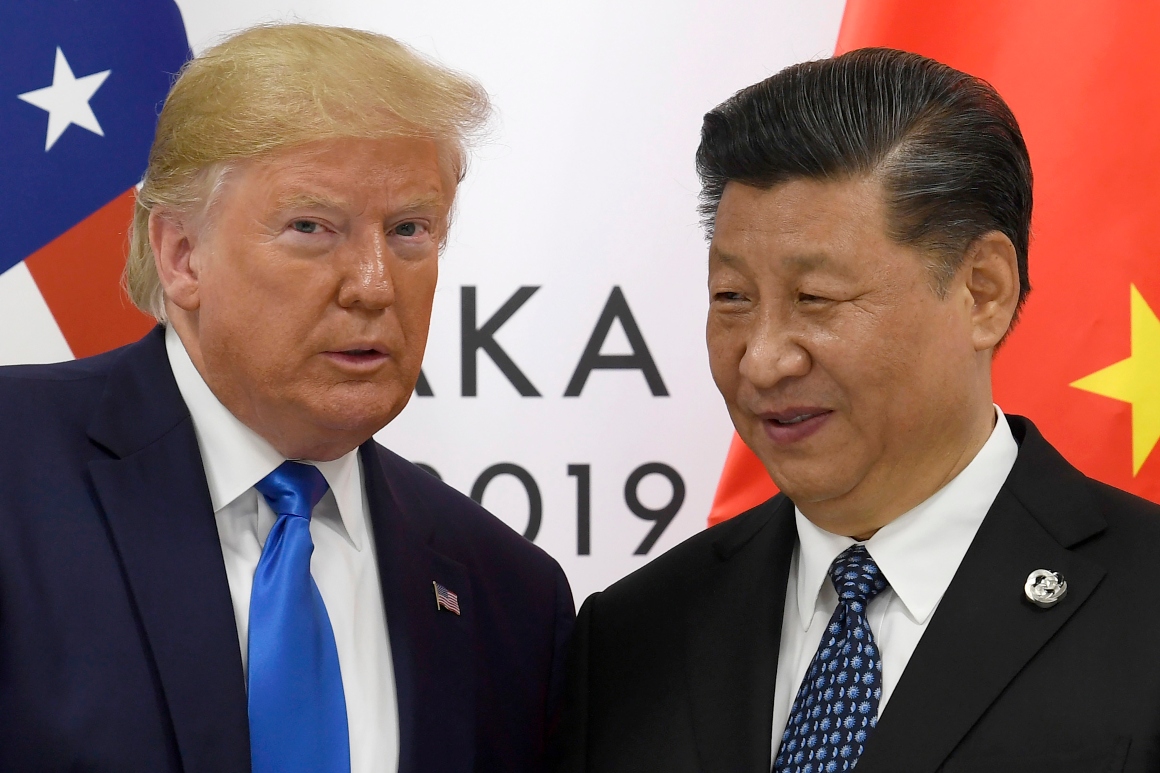 "The Biden administration will be pulled in two different directions on TPP," said Wendy Cutler, a vice president at the Asia Society, "by those who see the merits for reengaging in the region for commercial, economic and geostrategic reasons, and others who believe that a TPP-like agreement works against the interests of many Americans."

China's new trade deal "heightens the need for the U.S. to get back in the trade arena in the fastest-growing region of the world," added Cutler, who was on the team that negotiated TPP. “But rejoining [TPP] is not the only option. Narrower, sectoral deals, in areas like digital trade, medical supply chains, and climate and trade, present an important short-term alternative for reengagement on trade."

U.S. allies may not be eager to toe the line on China after four years of Trump’s verbal abuse and tariffs on their own goods.

Just last month, the Trump administration poked Canada by initiating a trade dispute against its prized and protected dairy industry. That came just as relations were thawing after Trump’s decision to impose, and then rescind, tariffs on Canadian steel and aluminum.

There are even more issues in Europe. The EU has already signaled its China policy won’t be dictated by Washington. It just negotiated a major investment deal with Beijing, even as Biden’s foreign policy advisers pressed Brussels to delay the talks.

Finalization of that deal represents a major foreign policy snub for Biden as he enters office.

Then, there are the tariffs. On top of the duties on French handbags, cosmetics and soaps that come into force this week, the U.S. has imposed tariffs of up to 25 percent on a litany of European consumer goods both as unilateral actions and as part of a 16-year trade dispute between Airbus and Boeing. Europe, in turn, has struck back with tariffs of its own.

European governments are already in Biden’s ear, urging him to ease those tariffs and others on their steel and aluminum. And they’re planning steep new digital services taxes on American tech giants like Google and Amazon after Trump pulled the U.S. out of global talks to establish international rules.

American negotiators want the EU to abandon its digital tax plans and the investment deal with China. And they want France to pull back on digital taxes it is already imposing on U.S. firms, ahead of the EU action. But veterans of the Trump administration’s trade talks with Europe say that will be tough. 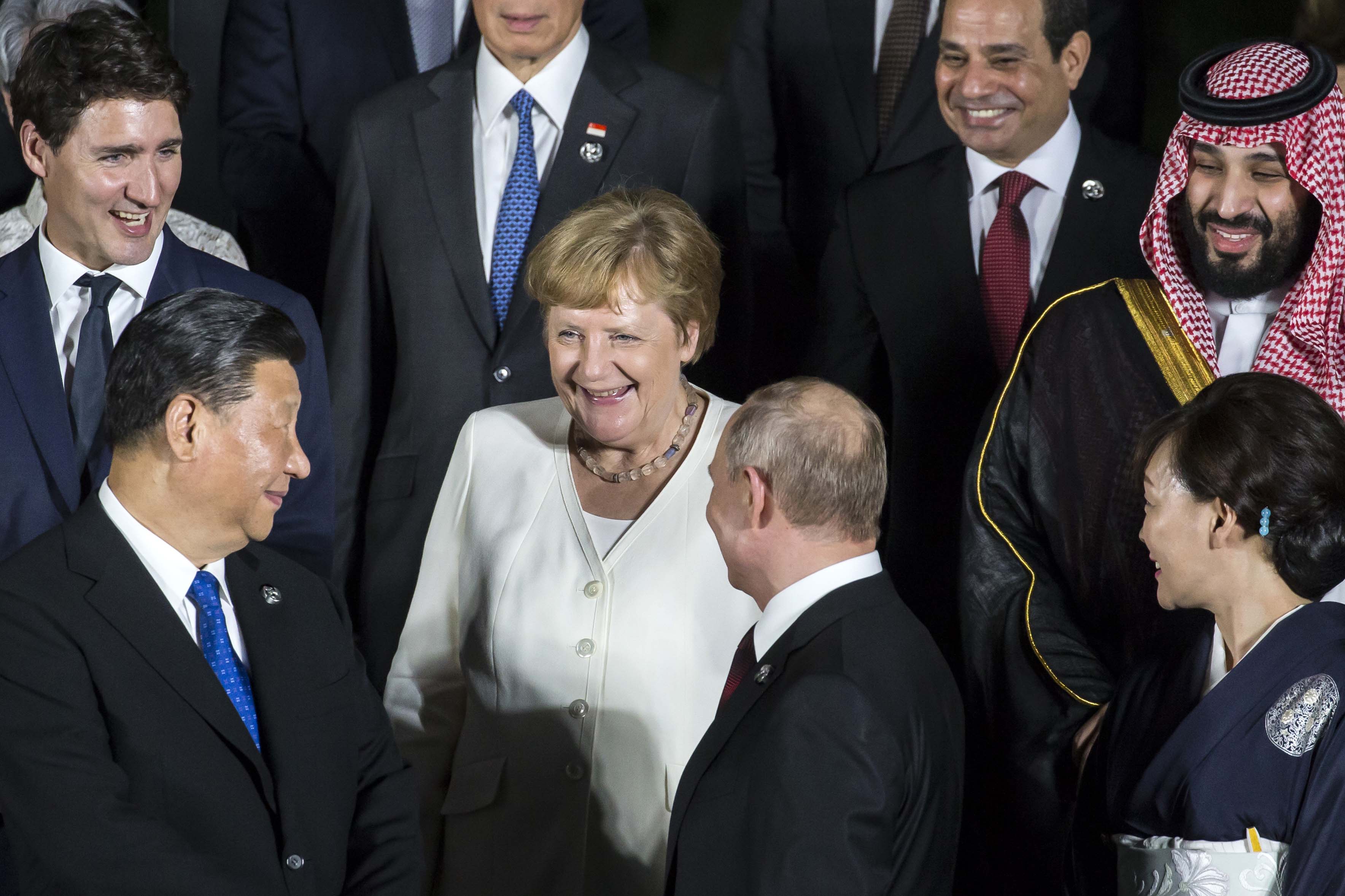 The U.S. relationship with Europe “isn’t as good as it could be” as Biden prepares to take office, said former Trump trade adviser Clete Willems. But he added that many of the disputes are “long-standing issues where we haven’t seen eye to eye.”

“Those things are going to be there immediately for Biden to address,” said Willems, now a partner at Akin Gump. “I spend a lot of time talking with Europeans and they all say we’ll be able to come to an agreement on climate change and Airbus, but when I bring up [digital service taxes] they say that’s going to be harder.”

American businesses aren’t keen to wait for years of tariff reviews and negotiations. In December, the head of the Business Roundtable, a group of powerful CEOs, urged Biden to “very rapidly” remove some of the most damaging China tariffs, like those on steel.

Tech giant IBM has urged the same, particularly tariffs on intermediate goods that it and other companies use to manufacture products in the U.S.

But if Biden eventually moves to decrease many of those tariffs, he will face backlash — not only from Republicans, but from companies and unions that welcomed them.

Steel provides a good example: the AFL-CIO and United Steelworkers cheered the imposition of steel tariffs in 2018, along with domestic producers. Many of their members hail from Midwestern states that narrowly carried Biden to the presidency, and the unions don't want to see the tariffs decreased unless there is a broad global effort to combat Chinese overproduction of steel.

The USW has urged the Biden transition "to keep steel and aluminum tariffs in place until they are able to take more strategic steps to fix our broken trade system," said spokesperson Jess Kamm Broomell. "The tariffs provided needed relief and must be kept in place until we are able to find long-term solutions for pressing problems like illegal dumping and global overcapacity."

At the same time, many U.S.-based manufacturers say the duties have only increased the cost of the raw material, making them less competitive with overseas firms.

“Any change in trade policy creates some winners and some losers within each country,” said Chad Brown, a senior fellow at the Peterson Institute for International Economics. “A removal of Trump’s tariffs will create some who suffer, in addition to those who benefit.”

Part of Biden’s solution to hold the Midwest for Democrats is his “Buy American” program, which would tighten rules on federal government purchasing to boost demand for U.S.-made goods. But that policy has a flip side as well: the EU hates it, because it would bar their companies from securing federal contracts.

“The Buy American stuff is really what contributed to the demise of TTIP,” said Willems, referring to the abandoned Transatlantic Trade and Investment Partnership with Europe. “That’s like the first thing out of Europeans’ mouths to complain about the U.S.”

Biden's pick for U.S. trade representative, Tai, is a former China enforcement head at USTR. She is well-liked by industry and labor for her work shepherding congressional talks on the USMCA in her current role as chief trade counsel for the House Ways and Means Committee.

“What Katherine brings to the table here is a significant substantive knowledge of all these trade issues and the state of play,” said Willems. “She has tons of credibility across the Democratic party and across the U.S. political spectrum and with Republicans, so I think she will bring to the table the ability to come up with unusual solutions that can bridge factions.”