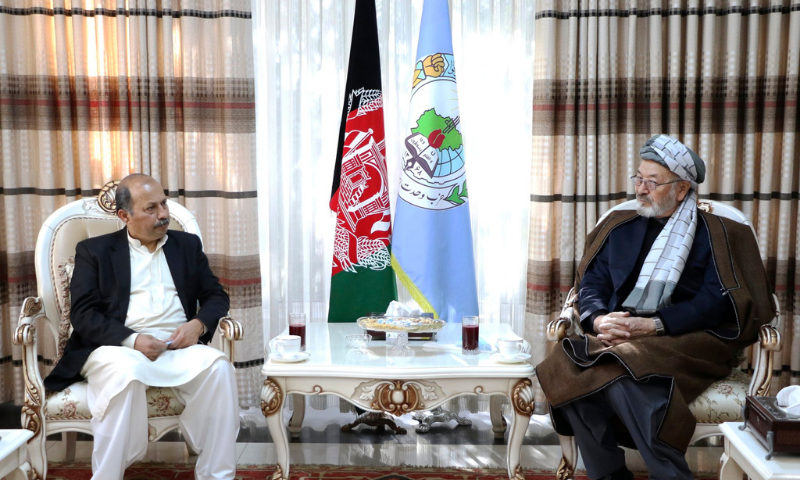 Afghan High Peace Council Chairman and leader of the Hizb-e-Wahdat-e-Islami (Afghan Unity Party), Mohammad Karim Khalili, along with a delegation, will arrive in Pakistan on Monday (today) for a three-day visit, the Foreign Office said in a statement.

“The visit of Ustad Karim Khalili is part of Pakistan’s ongoing policy to reach out to political leadership in Afghanistan to forge [a] common understanding on the Afghan peace process and deepen people-to-people linkages,” the FO statement added.

Pakistan’s fraternal ties with Afghanistan are rooted deep in shared history, faith, culture, values, and traditions, the statement said, adding that Pakistan fully supports all efforts for peace, stability, and prosperity of the Afghan people.

“Pakistan remains steadfast in its support for an inclusive, broad-based and comprehensive political solution of the conflict in Afghanistan through an Afghan-led and Afghan-owned peace process.”

The discussions held during the meeting focused on the progress in the Afghan peace process and the way forward, with the premier saying that intra-Afghan negotiations provided a "historic opportunity" for achieving durable peace in the war-torn country.

Baradar's visit took place on Pakistan’s invitation as part of Islamabad’s efforts for outreach to all Afghan stakeholders for a peaceful resolution of the conflict, the Foreign Office had said.

Pakistan has played a pivotal role in facilitating the Afghan peace talks. Initially, it provided extensive cooperation to the United States in reaching an agreement with the Taliban, and later helped in overcoming the hurdles that came in the way at subsequent stages.

Officials from the Afghan government and Taliban delegations have visited Pakistan during the last year and held several meetings with the premier and foreign minister among other officials. Prime Minister Imran too visited Kabul in November, saying in a press conference during his visit that Pakistan will do everything possible to help reduce violence in Afghanistan and establish durable peace.