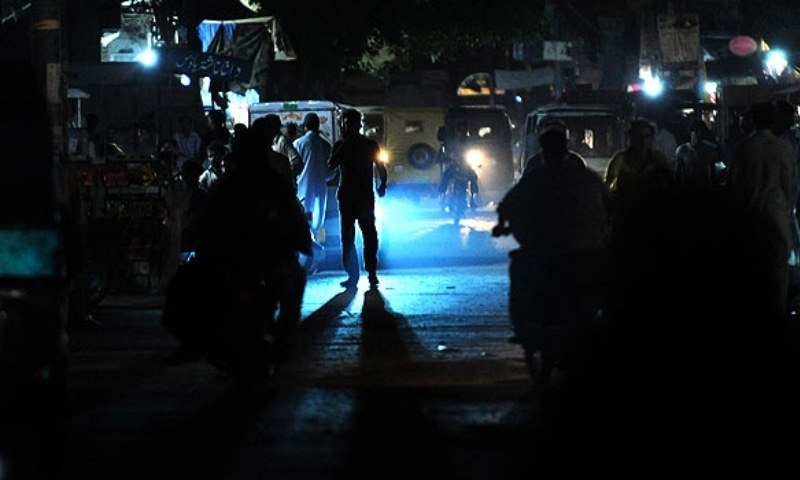 ISLAMABAD: While it’s apparently true that a human error at the Guddu Power Station triggered a power outage on Saturday night, the main reason for its effects to be felt across much of the country was poor maintenance and subsequent failure of the protection system in the national grid.

This is what Dawn has found out in background discussions with senior officials, who concede that the events of Saturday night have served to expose mismanagement on the part of a government that has continued to run the entire power sector on an ad hoc basis.

The chief executive officers of all the three key companies concerned — the Central Power Generation Company-Guddu, National Transmission and Despatch Company (NTDC) and National Power Control Centre (NPCC) — have been working on ad hoc or acting charge basis for years.

The Central Power Generation Company (CPGC) runs the Guddu Power Station where the initial technical fault was reported to have taken place.

The NTDC operates the country’s national grid whose protection system should have reacted to the Guddu station’s tripping and isolated the fault. Its system meant to stop the transmission frequency from dropping apparently did not work, resulting in the cascading closure of all the power plants across in the country in a matter of seconds.

The NPCC monitors the flow of electricity from power plants to various distribution companies (Discos). It has to manage supply systems for proper load and frequency balancing.

Even the Discos are working without regular chief executive officers for more than two and a half years.

The NTDC is without a regular chief executive officer since July 2017 while NPCC has not seen a full-time CEO for more than a decade. The NPCC chief, working on a temporary basis, was hired last year from the private sector.

Prime Minister Imran Khan has reportedly expressed displeasure over non-filling of the posts in power companies.

That a human error triggered the massive outage was indirectly confirmed by Engr Hammad Amer Hashmi on Sunday when he suspended seven employees of the Guddu station working under plant manager-III and blamed them of negligence.

A notification issued by Mr Hashmi said the seven employees had been “placed under suspension with immediate effect and until further orders, on account of the negligence of duty which caused electricity failure found in view of preliminary enquiry, which amounts to misconduct” under efficiency and discipline rules of 1978.

At a news conference Energy Minister Omar Ayub Khan said the breakdown occurred due to a technical fault at the Guddu station, which resulted in frequency declining from 50 to zero in seconds.

Officials said the initial fault appeared to have occurred at the Guddu station’s switchyard, but the protection system of the transmission network did not respond to the fault. The transmission system should have rejected the load from Guddu station through an automatic protection mechanism, but apparently this did not happen because of poor or insufficient maintenance and non-washing of transmission lines.

The Guddu-Sibi transmission line has been a familiar trouble spot because of extreme fog and other environmental issues and has seen tripping in the past as well.

He said the transmission lines used to be washed every year, sometimes repeatedly, depending on the fog in winters. He also called into question the past government claims that the protection system had been improved, particularly after the 2015 breakdown. Had the system been improved it would have gone into an island mode.

Saturday’s was the third such incident since 2015, which meant the protection system was either not upgraded or the upgrade was insufficient, said the retired officer.

Moreover, there were various frequency relays, like 50hz, 49.4hz and 48.5hz, which meant the system should start shedding 10-15 per cent load but the announcement by the energy ministry that frequency dropped suddenly to zero from 50hz meant the “patient died immediately, like in the case of a heart attack” and the protection mechanism did not respond.

“These relay system settings are upgraded every second or third year,” he said. The government should have upgraded the relay system given an increase in generation capacity.

Meanwhile, the officials said the transmission network had been synchronised for now, but the entire transmission and distribution network would take some time, may be until Monday (today), to completely stabilise as repeated load swings were being witnessed in many parts of the country.

The energy minister said the teams engaged in restoration and repair work faced difficulties due to heavy fog and the exact reason behind the technical fault would be identified once the fog went away.

The energy and information ministers criticised past governments for focusing solely on power generation and neglecting the transmission system. “Under the government of PML-N, the country witnessed eight major power breakdowns,” said Energy Minister Khan.

The two ministers also said an inquiry would be conducted through independent experts to find out the exact reason behind the breakdown. Mr Khan said the present government had installed anti-fog insulators in the last two years and invested Rs49 billion in the transmission system.

The power regulator, however, appeared to be watching the situation from a distance. An official said the regulator might take cognisance of the incident on Monday.

How to score a McDonald's cheeseburger for 25 cents Thursday