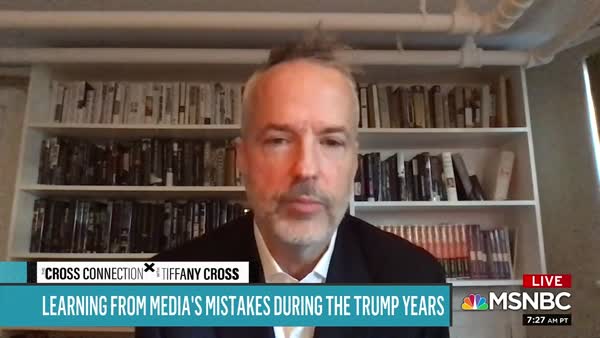 Eric Boehlert said what every Obama voter, Hillary voter, and Democrat has been screaming at political coverage of the 2016 election for the last four years. What about US?

On Saturday, he spoke to Tiffany Cross and Nikole Hannah-Jones about the massive and infuriating media fail that has been happening since Trump won the electoral college in 2016. That is, they flailed about for years wondering why people voted for Trump, and decided that was the focus that needed to be magnified. As Cross said, they "tried to invent this narrative of white economic anxiety."

I cannot begin to imagine how maddening and soul-crushing it's been for Black women especially, seeing these reporters ignore the racism and sexism to which Trump voters responded. Suddenly, once Biden needs electing, the media decides to pay attention. Cross told Boehlert, "I have to tell you this 11th hour of wokeness, we've been an alarm clock for centuries in this country. Where was this wokeness for the past few decades?"

Boehlert is one of the few people who seems to understand.