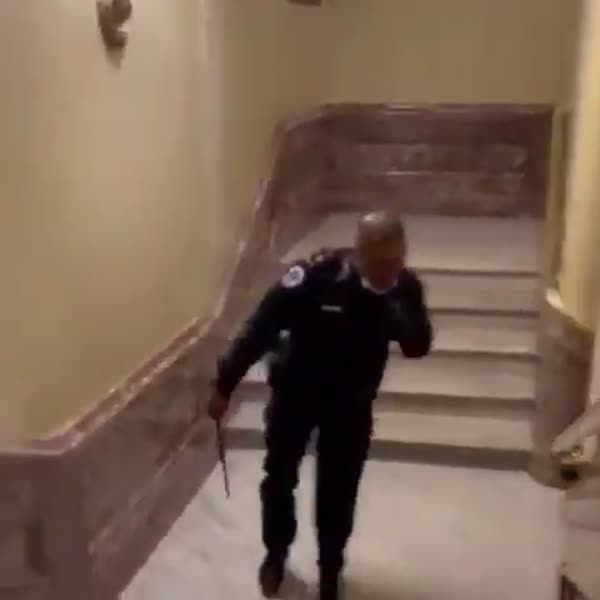 Via USAToday, the story of how a lone Capitol police officer protected the U.S. Senate during Wednesday's riot:

In viral video from the scene, the officer is seen glancing to his left and notices the unobstructed hallway to the Senate as he was chased up a flight of stairs. The officer, identified by CNN as Eugene Goodman, at first tried to block an open door before realizing he was alone and being pursued.

Goodman, armed with a baton, pushes the leader of the pack, a man wearing a black QAnon shirt later identified as Doug Jensen from Des Moines. Jensen was focused on Goodman and appeared not to notice the open hallway leading to the Senate chambers.

Jensen chased Goodman, who led him and the mob away from the Senate floor. The group, all white men, followed the Black officer into a group of police in a back corridor outside the Senate.