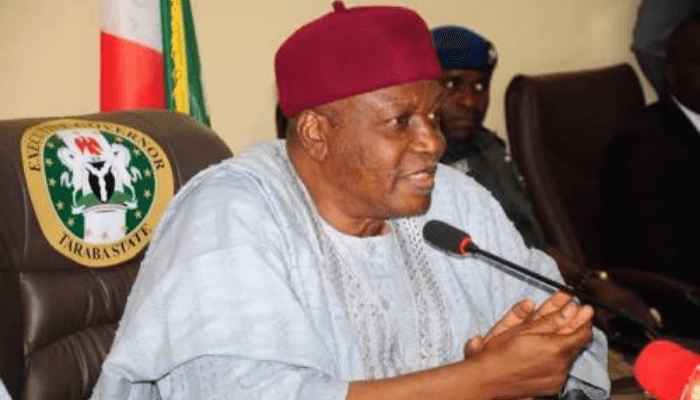 Taraba State Governor Darius Ishaku at the weekend officially flagged off the construction of Mararraba/Donga road in the state.

The road project is being handled by the Federal Government under the supervision of the Federal Road Maintenance Agency (FERMA) at the cost of N6.30 billion.

Flagging off the project, Governor Ishaku said his administration since inception took to heart the plight of Tarabans by providing access roads.

Represented by his deputy, Haruna Manu, the governor informed that the road flagged off has economic importance to the immediate community and the state at large.

He dispelled rumours being peddled by some mischief-makers alleging that the state government was not in support of the project.

He, however, appealed to FERMA to look into the Jalingo-Numan-Yola Road which has become a death trap.

Governor Ishaku further pleaded with the National Assembly members from the state to do all they can to mount pressure on the Federal Government in order to complete the Mararraba-Donga road in good time.

The governor disclosed that the state government’s doors are always open to any workable suggestion that would bring development to Taraba State.

The representative of FERMA, Silas Burba, appealed to the community to give the contractors all the necessary support to enable them complete the road within the stipulated time.

He promised on behalf of the contractors to deliver a qualitative job, saying that the project is so dear to President Muhammadu Buhari and will be completed in less than three years.

On his part, the senator representing Taraba South at the National Assembly, Emmanuel Bwacha, said even though the road is in PDP state, the project is coming from the APC government through President Buhari.

Bwacha, who is also the Senate deputy minority leader, promised to personally write to appreciate the president.

He assured that a steady follow-up would be done on the project as well as to make sure that the job is carried out to the latter.

Harry and Meghan scrap ‘Megxit’ review as ‘situation is working’