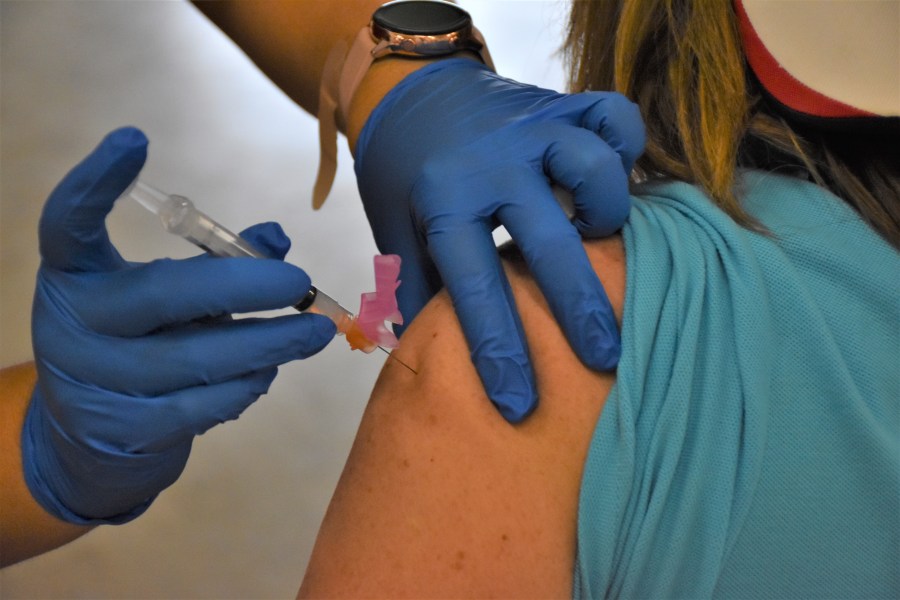 As part of the effort, thousands of new providers and distribution sites are reportedly being identified throughout the state. Essential workers and New Yorkers over the age of 75 can begin to make vaccination reservations at administration sites as early as Monday, January 11.

"Over the past week, we have seen hospitals increase their vaccination rates and I thank them for their efforts, but it's still not enough, so we're going to accelerate the distribution," Governor Cuomo said. "We are establishing a network of thousands of providers statewide to both supplement the work of hospitals to vaccinate health care workers, as well as begin the vaccination of other essential workers and individuals 75 and older. The federal government controls the supply, so as we continue to receive more, New York will not only ensure doses are distributed in the most fair and socially equitable way possible, but that health care workers continue to be prioritized so our hospitals remain safe and staffed."

Currently, 2.1 million New Yorkers in group 1A have been reported eligible to receive the vaccine. This includes the following:

Distribution sites were reportedly established directly within hospitals to provide access to all those eligible. While the speed of vaccinations has increased throughout the past week, further acceleration is still needed.

To further accelerate the vaccination rate of priority health care workers, and begin the vaccination of group 1B essential workers and 75-plus year olds, New York has reportedly established a network of additional distribution sites that will supplement the work being done in hospitals to prevent any one hospital from becoming overburdened. The largest group, 3.2 million New Yorkers will be eligible to receive the vaccine in 1B, including:

The new network will utilize the following to distribute the vaccine:

More than 1,200 pharmacies have reportedly already committed to participating in the network, with nearly 500 scheduled to come on-line next week. Providers across the state will start accepting vaccination reservations on Monday, January 11 when a centralized state website goes online.

Additionally, the Department of Health is said to be setting up 20 mass distribution sites throughout the state over the next several weeks, with the first of those sites, the Jacob K. Javits Convention Center, slated to open its doors on Wednesday, January 13.

Additionally, large union groups, including but not limited to police, firefighters and educators, have been asked to organize plans for vaccinating their members to the extent possible. If viable plans are established, these groups will reportedly receive weekly allocations from their local health departments. This will enable other providers in the network to focus on New Yorkers over the age of 75, which represents the largest group in 1B at approximately 1.4 million people.

New York is said to be mandating social equity and fair distribution among the groups included in 1B to ensure fair treatment and proportionate allocations both by group and by region. For example, New Yorkers 75 years of age and older reportedly represent approximately 45% of the population within group 1B and as such, 45% of the 1B vaccine supply will be reserved for them. Similarly, 5.9% of New York's 75+ population live in the Capital District, so 5.9% of the allocation for New Yorkers 75+ will be directed to the Capital District. The state will reportedly open distribution sites in underserved areas to ensure social equity.

To support the increased staffing needs resulting from the establishment of the vaccination network, the Governor has reportedly signed an Executive Order to expand the eligible pool of trainees who can administer vaccinations at distribution sites to include: